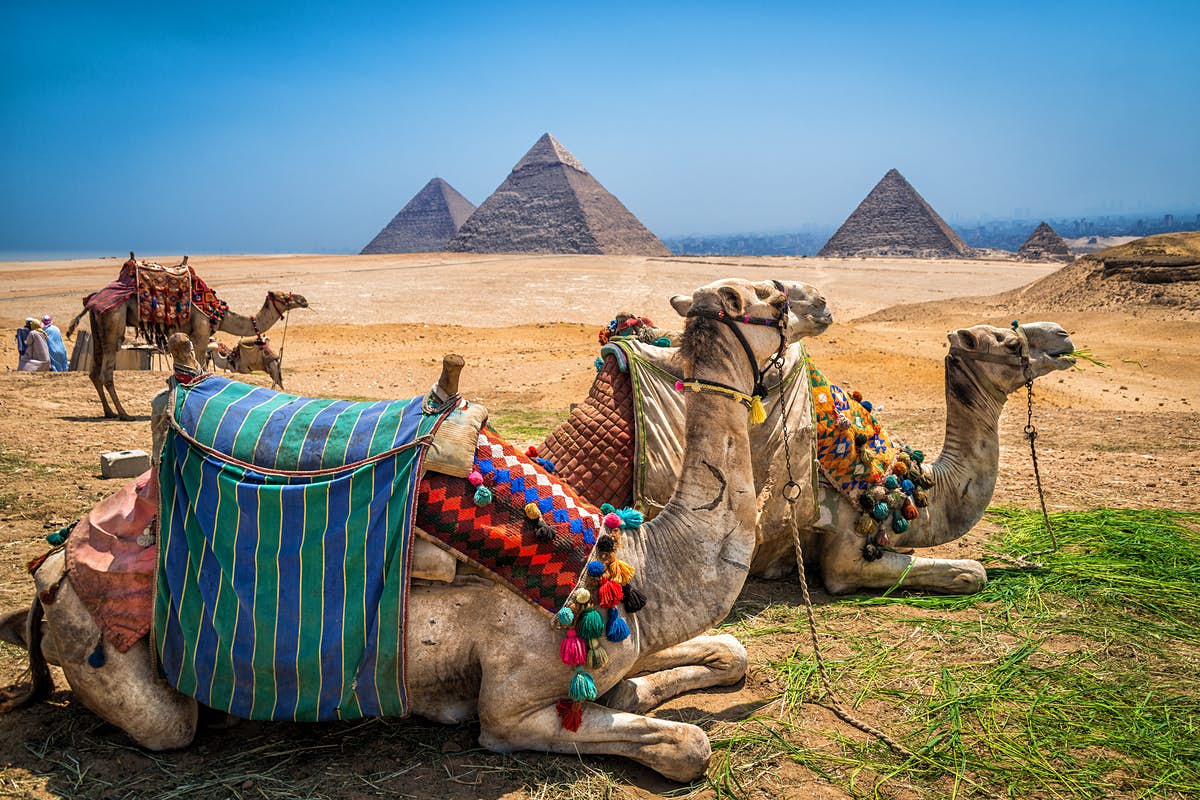 As experts in Egypt travel for more than 20 years, we write these Travel Tips to go Egypt and 14 Things to Know Before Visiting Egypt, trying to come up with the proper words to express how we feel towards Egypt. The very first words that spring to us are outstanding, breathtaking, irritating, tiring, and overwhelming. It’s really so important to us to pass our experience and write these travel tips to go Egypt.

Viewing the Giza Pyramids, enjoying a Nile boat, and hearing about the ancient Egyptian pharaohs in Luxor are all once-in-a-lifetime adventures.

You might do hard work to arrange your trip to Egypt. You could study travel advisories with concerns about previous terrorist incidents and get yourself mentally geared up for whatever happens! Don’t be scarred, this was long time ago not now.

After more than 40 years living in this  beautiful nation, We’ve created a list of 14 things you should known before arriving in Cairo. This collection of Egypt travel tips to go Egypt should perhaps stand you in good stead for the chaos and astonishment that will be waiting for you in this incredible nation!

Before you continue reading, let us clarify a few points:

First, we use the term “Egyptians” in a demeaning way in several instances in this piece. We’re referring to Egyptian males who are fluent in English (among other tongues) and work in the tourist industry. The majority of Egyptians are really kind individuals who don’t bother you in any way.

Secondly, for western lady with blonde hair, blue eyes, and light skin who visited Egypt. As a result, you actually drew more curiosity because it is quite apparent that you are not Egyptian. And surely you’d have had a different experience if you’d travel alone (or if you’re traveling as a brunette).

Third, if you travel to Egypt with a tour company like Egypt United Tours, you would likely avoid many of the bad situations we discuss in this article. To protect you from scammers, your local tour guide will be functioning as a security man sometimes.

Finally, Egypt is a breathtaking country that everyone on the planet should see. But, when you do go, you must definitely be psychologically ready (And after reviewing these Egypt travel tips, you will be). Scrolling down this page, you will find the most important things you need to know before visiting Egypt.

Tips for Traveling Egypt: 14 Things to Know Before Visiting

1- Egypt is Incredibly Safe to Visit

The first thing you need to know before visiting Egypt, is its safety situation. You could be discussing over going to Egypt for months before purchasing your tickets. Your family members could tell you about the possibility of abductions, and virtually everyone you tell about your plans will say, “Are you mad?” Isn’t it extremely risky?”

Egypt is exceedingly safe, and the locals are quite kind. They appear to like Western, and you will never once feel threatened in any kind of ways.

Sure, crossing the street might be a little terrifying, but is there any real danger? There’s no way. If you really want to attend the Cairo Museum, for example, you’ll have to go through three separate security checks (including three different bag scanners and body scans).

However, we do not suggest visiting the Northern Sinai Peninsula. South Sinai and Shar El Sheikh is very safe and we recommend visiting.

2- School Children and Their Mobile Cameras 🙂

Children followers are the second thing you need to know about before visiting Egypt. The greatest problem you could encounter in Egypt, though, is a young person using his phone to snap photographs which is obviously harmless.  These youngsters are most often coming from small, rural communities, especially in tourist locations. “What is your name?” and “photo?” must have be the only English words they knew.

Doesn’t it appear to be quite innocuous? What type of villain would object to photographing children? Once you say yes to one, another will notice, and then another, and before you know it, you’ll be besieged by a horde of crazed youngsters clamoring for a selfie. It is a matter of selfie until they get enough pictures and go away allowing you to complete your tour.

3- Aggression against Women is Not Common

Here is an important note about safety for tourist women that you will need to know before visiting Egypt. In conservative nations like Jordan, Morocco, and India, you’d often see a peculiar behavior that we call “Aggression against Women” It’s when males rub up against women’s body needlessly in a creepy effort to cop-a-feel, this never happen in Egypt.

Not once during your stay in Egypt will somebody touch you in just about any way that makes you feel even somewhat uneasy. Sure, a couple males might try to throw their arm over your shoulders for a photo, but as immediately as you say no, they backed off. Passive-aggressive butt rubbing doesn’t seem to be a problem in Egypt.

You might get a few catcalls. It is, however, quite innocuous. The most popular were “I’ll give you a million camels”.  or ” I would divorce my wife for you” which seemed a little out of character, but for sure this is a joke. The majority of the catcalls appeared to be primarily hilarious, but harmless.

5- Your US Dollar has a big value

Another thing you need to know about before visiting Egypt is the expenses. The Egyptian Pound (LE) lost a considerable amount of value in 2016. It had previously been fixed, generating political unrest in the country in 2011. While prices have been increased to account for inflation. As a result,your US Dollar has a big value compare to Egyptian pound (15.5 now in 2021).

The following few things you’ll wish to known before going to Egypt because it will make big difference. Most of the time, this is not the case. But there are moments when the Egyptian people’s need is a bit overwhelming as they ask too much to buy what they are trying to sell you. It is helpful to realize that many people in this nation are genuinely poor, and that for others, visitors are their only source of income.

Tipping? You will hear this word quite often and now it is the time to know more about before visiting Egypt. Egypt has created a culture where a gratuity, or “baksheesh,” is expected.

When touring temples, you’ll see a large number of guards wearing traditional costume. They’ll ask you to take a picture of them, or attempt to show you something else in the temple, or even let you take a picture when you’re not supposed to (such as in tombs in the Valley of the Kings and inside of the Great Pyramid in Giza). They will then seek a baksheesh in exchange for their efforts. However, you should know that these men make around 2000 LE each month (around $130 USD), so your gratuity is really beneficial to their households.

Small banknotes might be tough to keep for your baksheesh because the locals never seem to want to deal with them. Hold on to your LE banknotes 5, 10, and 20 for good journey!

7- What amount to tip

You need to know the average value of tips before visiting Egypt. The guards stationed at the temples will set you back 10 LE. It will cost you 2 LE to use the public restroom. For transporting your bags to your room, pay the bellboy 10-20 LE. Also typical is a housekeeping fee of 10-20 LE each night. When dining out, the service fee is often added to the bill, but in case it isn’t, a 10% tip will enough.

On the last thing things you need to know about before visiting Egypt is the traffic. For whatever reason, many Egyptians think that driving at night with headlights on obstructs oncoming drivers’ sight. As a result, many drivers travel with only their fog lights or no headlamps at all. When going at high velocities or when there are quite few cars around, they will frequently blink their headlights to alert incoming drivers of their presence.

This may be terrifying for a rear driver or anybody else trying to cross the road. Keep cool, breathe, and take comfort in the fact that their visibility has risen as a result of it!

9- Transportation are Dirt Cheap in Egypt

You’ll seldom pay more than $5 to go somewhere in Cairo, so a baksheesh is appreciated (though not expected or requested). Just make sure you ask drivers to ply some lovely Egyptian music.

Before committing to any services in Egypt, make careful to clarify the pricing many times (and even record it if necessary)

11- Tourist attractions on Weekend in Egypt are crowded

Fridays are too crowded, when it comes to visit the pyramids is one of the things you should  known before traveling to Egypt. Fridays are Muslim prayer days, and Fridays and Saturdays are weekends in the majority of Arab countries. As a result, every sight that you (the visitor) want to see is also one that the residents want to see on his weekend. And, immediately after you come, carloads of kids who have the day off will come. You’ll be besieged by people wanting to take your picture, and you’ll have to plan on standing in lengthy lines and sharing tiny places with a number of folks, as mentioned in #2 of this list

Try to avoid visiting the Pyramids of Giza around the noon hours on Friday or Saturday, or the Cairo Tower on Friday evening.

We love what we do. We are the best local travel agent in Egypt

YOU MUST VISIT EGYPT RIGHT NOW! It’s really safe and inexpensive, and the sights you’ll see will wow you. Ideally, these 14 tips will help you anticipate the excellent, terrible, and unpleasant that you could encounter when visiting this amazing nation!