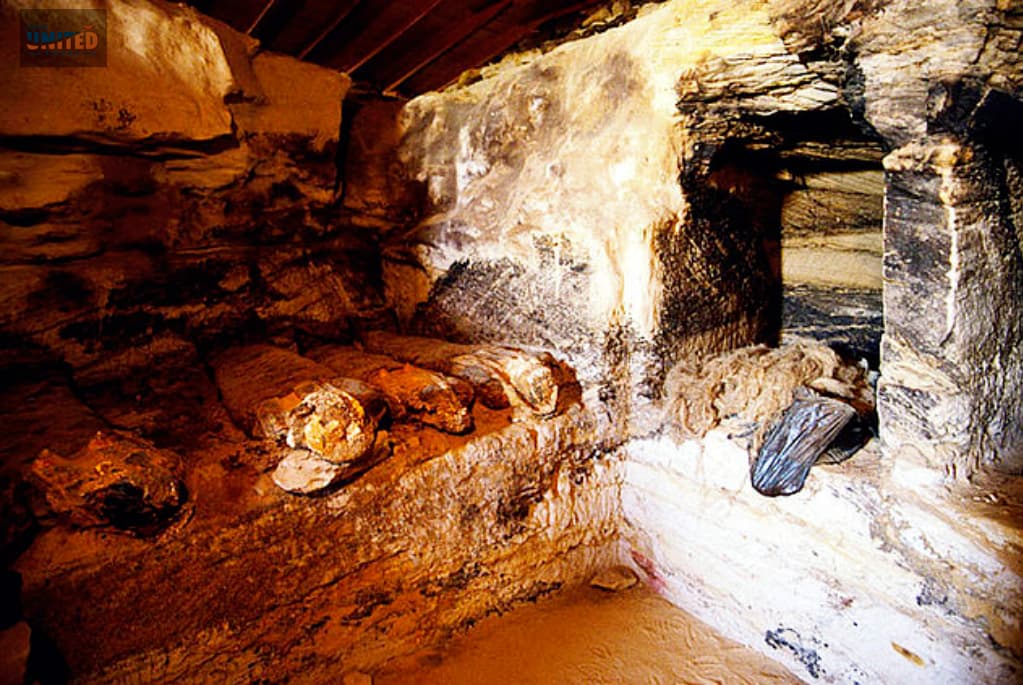 Valley of the Golden Mummies

Explore The Magic of History In The Valley of the Golden Mummies!

The Valley of the Golden Mummies by Roland Unger

Welcome to the world of this aristocratic class of the Roman people wearing golden masks, and rest in peace in the middle of the dazzling shiny golden treasures, valuable jewellery, pieces of Roman coins, and hidden secrets. You are amid the priceless historical treasures from thousands of years that date back to the third century BC, so from around 2,000 years old. So, welcome to the magic of history in the Valley of the Golden Mummies!

Four shiny golden tombs are teeming with precious historical treasures and jewellery with 105 mummies covered with golden masks of the aristocracy who lived in Bahariya Oasis. That is why these Greco-Roman necropolises are known as the Valley of the Golden Mummies.

This Valley of the Golden Mummies is a gift of history; the gold tombs are glossy amazingly. As the unique rays of the sunshine mix charmingly with the shiny of the treasures. When the archaeologists found these tombs, their eyes had become shiny when the sun rays hit these tombs for the first time in centuries. It is the same charm you will live when visiting this cemetery. To be amid one of ancient Egypt’s miracles. Each mummy has its unique, different treasures and golden coffin types. So, you will wander amid a wide range of various treasures styles and artefacts.

From Those Roman Hands To Your Eyes!

The beautiful fate that these tombs remained far from the hands of thieves as if history wanted us to hide one of its treasures in Bahariya Oasis inside these Valley of the Golden Mummies. Amid painted coffins and gilded coffins that include these Roman mummies, which some of which wear jewellery and golden masks, and the pieces of the historical treasure, will be your tour inside this  Valley of the Golden Mummies.

Dr Zahi Hawass said that he had seen unique mummies, and their eyes were looking at him as if they were real people in life.  While another mummy discovered that reminded him of the mummy used by Hollywood in the movie Curse of the Mummy.

What About Those Rich Roman People!

In view of those wonderful golden masks that cover the faces of mummies and gilded shrouds decorate with hieroglyphic inscriptions and drawings of ancient Egyptian deities such as Anubis. The god of mummification in the ancient Egyptians, and charming religious texts, this led archaeologists led by Zahi Hawass, that this rich class was blesse with enormous wealth.

The wine production from dates and grapes was the main industry in Bahariya Oasis at this period. And maybe it is the reason for this Roman people wealth.

Also, according to these stunning handicrafts of treasures, jewels and valuable unique coffins that are decorate with very dazzling precision, it would seem that workshops were everywhere. And artisans were one of the leading professions in Bahariya Oasis.

The discoveries in this largest cemetery from the Roman and Greek periods. And one of the largest ancient Egyptian cemeteries ever found, had led Dr Zahi Hawass to the information that approximately 30,000 people inhabited Baharyia at that time. Especially population in Egypt during the Roman period was about 7 million, and the number of discovered mummies in the Valley of the Golden Mummies are 10.000 mummies.

It is a coincidence that occurred with a donkey. Which led the archaeologists to for these Roman golden tombs. And then the excavations arrived at the whole cemetery with about 6 km 2.

The Valley of The Golden Mummies is One of the wonders of discovering the historical sites in Egyptian history. What Its Story Then!

Donkey’s steps led to this stunning cache of historical shining golden treasures in the valley of the golden mummies!

Like the same that happened with the Catacombs of Kom El Shoqafa, a donkey leg was obstructed and fell into a hole. So, the rider of this donkey found that his pet had fallen among impressive historical treasures. Actually, the discovery of Tut tomb is similar to the coincidence of the discovery of the cemetery of Kom El Shoqafa and the Valley of the Golden Mummies, where Carter’s horse also stumbled in the tomb hole.

That spot, the valley of the golden mummies, dug and covered in the land of the Bahariya Oasis, had caught the leg of this donkey to announce this majestic archaeological discovery and these dazzling treasures. And archaeologists have already found four tombs with 105 mummies, all covered with golden masks and gilded and ornate shrouds.

The search and excavation expanded until reaching for more Greek and Roman historical tombs in this cemetery. Each with a unique design. Even the mummies differed in terms of shrouds and treasures, and this indicates the different classes.

What About the varying of the Mummies You Will View In Your Tour Inside The Valley of the Golden Mummies!

You will meet four dazzling different styles in the tombs. In 5 tombs, the mummies were with gilded masks on their faces and gilded ancient Egyptian god-inspired decorations on their chests. The number of the mummies are 105.

Other tombs include mummies with cartonnage coffins with funerary scenes painted in bright colours. And the third style of the tombs was with mummies inside of anthropoid pottery coffins without any decorations on the outside. The other tombs have mummies covered with linen wrappings, which was likely from burials of the New Kingdom era.

All these tombs of the valley of the golden mummies are near The temple of Alexander the Great of Amun. Even the rider of the donkey was the guard of the temple. And maybe the Roman had selected this point as a cemetery because it is near to this temple.

Where is the Valley of Golden Mummies located?

In Egypt's western desert, in Bahariya Oasis, is the enormous Greco-Roman cemetery known as the Valley of the Golden Mummies.

How was the Valley of the Golden Mummies in the Bahariya oasis discovered?

Valley of the Golden Mummies Discover

A small hole in the sand marked the location of the donkey's fall. The guard left his donkey nearby and sprinted to Mr. Ashry Shaker to report the incident. In Egypt, many important discoveries have occurred entirely by accident, just like when we stumbled onto the Valley of the Golden Mummies.

What are Egyptian golden mummies?

Eight exquisite mummies are displayed in Golden Mummies, which explores notions about the afterlife during a time when Egypt was a component of the Greek and Roman empires (circa 300 B.C.E. –200 C.E.).

How old is the Valley of the Golden Mummies?

Valley of the Golden Mummies Age

Even though these ancient ruins are approximately 2000 years old, they have miraculously withstood the test of time.

What is the most famous mummy?

One of the most well-known mummies, King Tutankhamun, also referred to as King Tut, is said to be 30,000 years old.