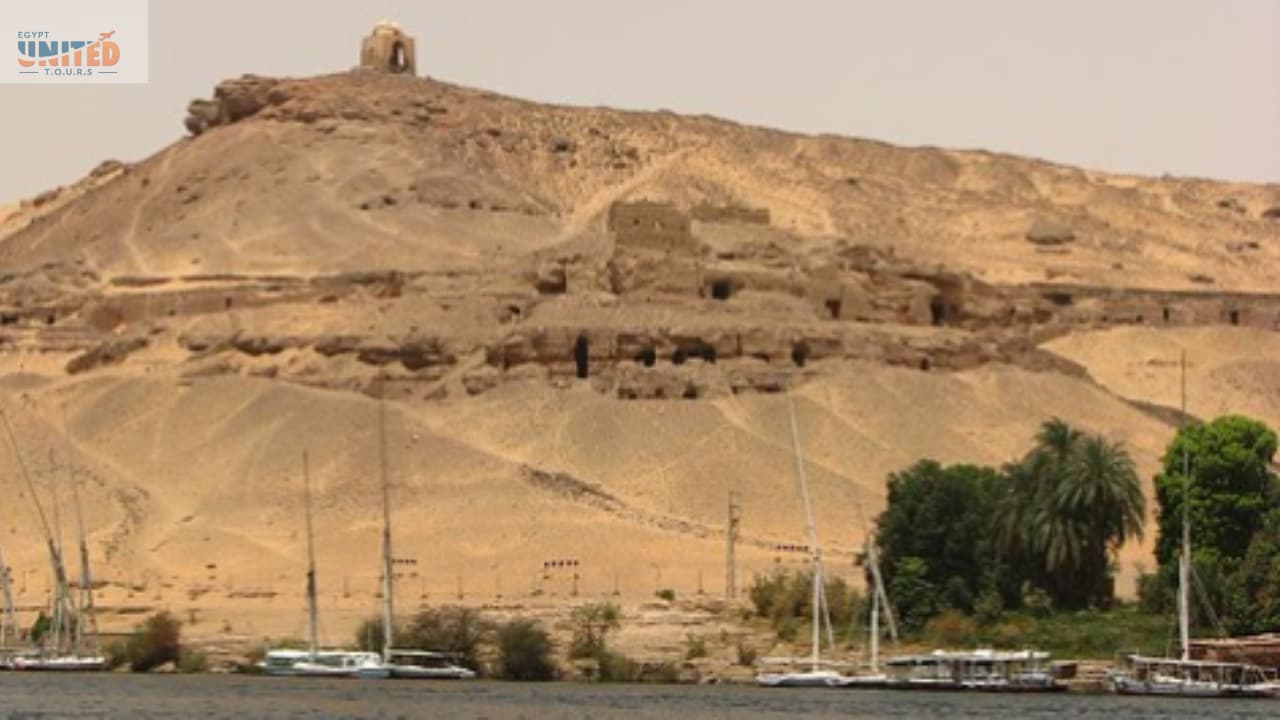 Tombs of the Nobles

Tombs of the Nobles Aswan 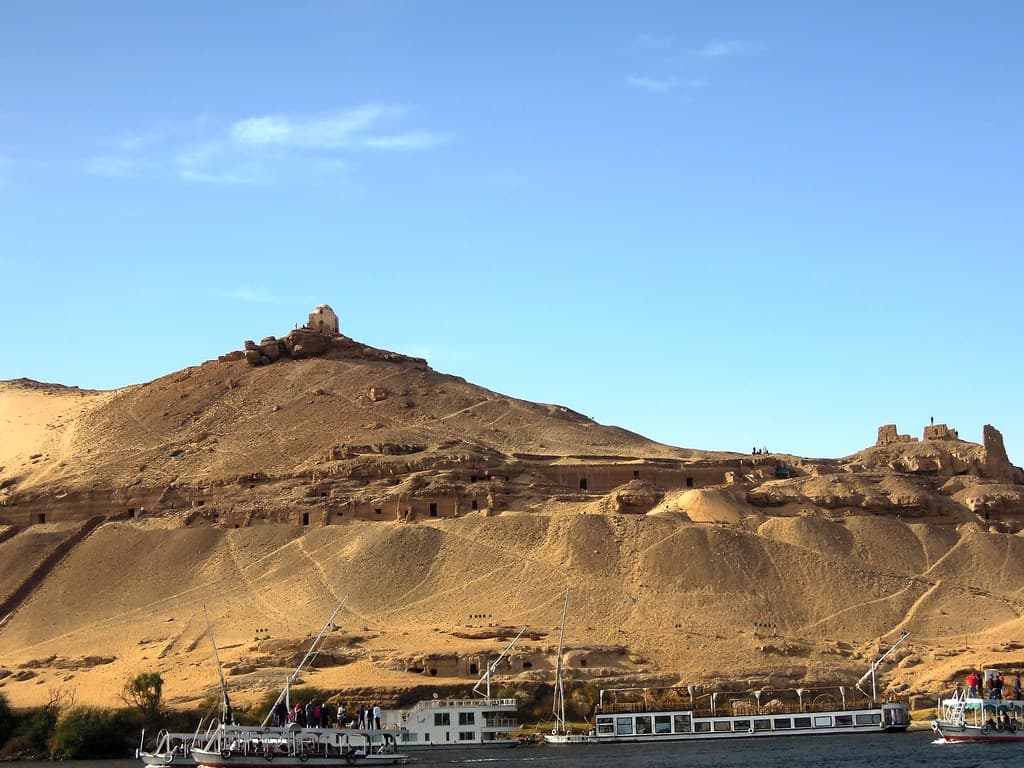 Tombs of the Nobles by ustung

Tombs of the Nobles tour is to stand in the heart of a complete marvel, seeing how creative hands from thousands of years ago had been carved rock-cut tombs into high cliffs creating a stunning view on a mountain about 130 meters high, to find in front of you an entrance hall that will travel back with you to Aswan during ancient times, to follow a passageway that will lead you to the secret world of the nobles in the ancient Egyptian civilization.

You will walk in the dazzle of the vibrant decorations that narrate the daily life of the governors, the Keepers of the Gate of the South, and other dignitaries of ancient Elephantine Island, and their great status among the kings of ancient Egypt, from the Old Kingdom through the middle and even modern Kingdom. 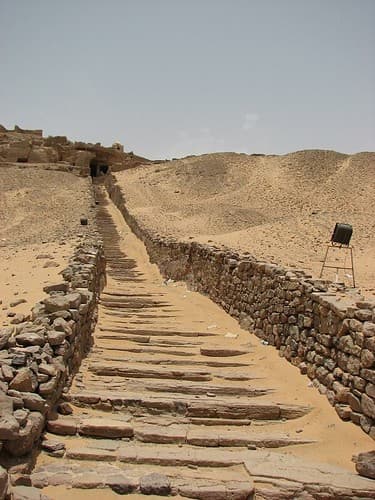 Begin your suspense tour in the Tombs of the Nobles by going through an ascending sandy path leading to the entrance; actually, that is right, the amazement will begin when seeing the way these tombs that take the same layout were carved into the rocks, but what will take you to the more dazzling is the moment you stand amid the vibrant decorations in the cemetery hall.

Walls are decorated with exquisite colorful scenes, and engravings are almost telling of all, such as scenes of agriculture, plowing, sacrifice, and bird hunting in the swamps of the delta and deserts, then you will find a corridor that will take you to another charm, while you go along these spirited decorations to be in the heart of the pharaonic burial chamber.

So, it will be just a few steps of stairs cutting diagonally across the hill that will take you up to the tombs to be surrounded by cryptic passages from the Book of the Dead.

The Way To Arrive At the Tombs of the Nobles! 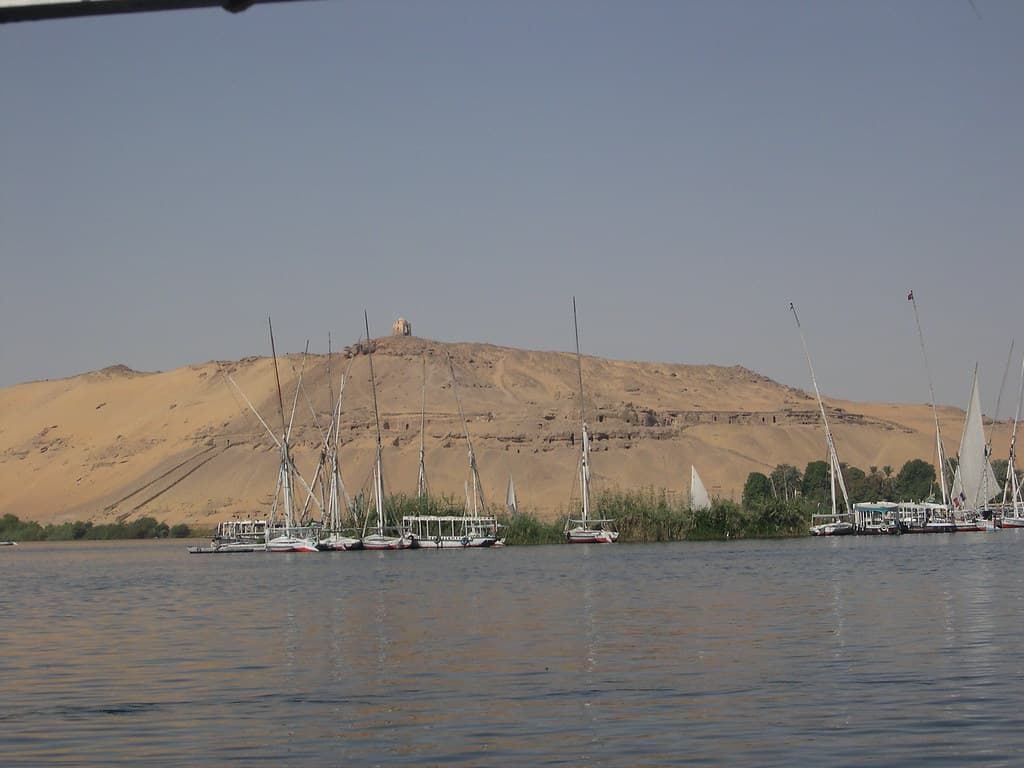 Tombs of the Nobles by upyernoz

At this spot, while you are in the center of the Nile, you will feel that there is a great history calling you; at that moment, you will be in the presence of the ruling class in the highly influential Pharaonic Egypt, to be accompanied by their details that had been written in the walls of Tombs of the Nobles, but from where to begin your suspense tour in the Tombs of the Nobles! 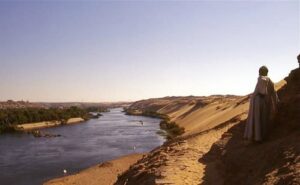 Tombs of the Nobles by Charlie Phillips

About Your Exciting Tour Inside the Tombs of the Nobles

Once you are in the Nile, you will be in confusion, asking from which one of these fabulous tombs I can begin my tour. We can help you by telling you about the most attractive tombs of the Noble.

Climb the stairs of the tombs of Mekho that ‎were carved in a diagonal style, and while you go up to these stairs, realize that they had taken this design to facilitate the lifting of the dead body over the top ‎using wooden and stone tracks to find yourself imagine this great scene, till arriving at the dazzle of the tomb.

There you will see on your right hand a wall with vibrant decorations that had been carved by the ancient Egyptian workmen displaying ‎prince Mekho wearing a skirt and accompanying his wife to present the offerings to gods.

From this scene, you will go along with stunning decorations represent Mekho during doing many activities of daily ‎life, including a portrait of some people giving him reports about the ‎activities that he used to supervise. ‎ 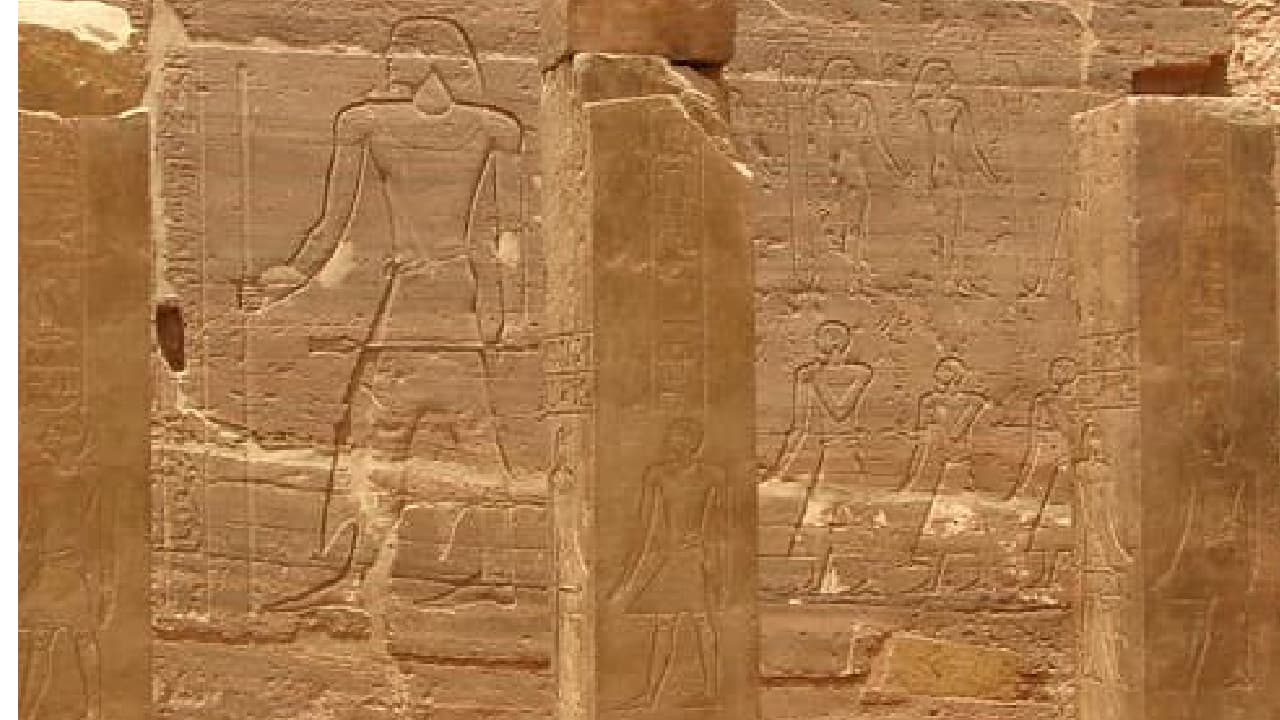 More Description of the Tomb

After you live with Mekho his daily life, the minister who witnessed the sixth dynasty, and the son of and is of King Pepi II, also he nicknamed “the supervisor of the pyramid of King Bibi I,” and by following him his secret way to the afterlife, you will meet a false door where you complete uncovering the daily life of Mekho till arriving at 18 columns divided into three rows that include many glorious scenes and inscriptions, at this time you will be in the dazzling of the burial chamber.

There, you will attend the praying rituals of the ‎god Anubis and Osiris for Mekho with some agricultural scenes in the ‎background.

Once you go out of Mekho tomb, you will find an adjoined tomb, which will take you to another life of a governor in Pharaonic Aswan. 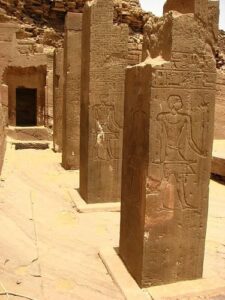 Sabni tomb is extended from the Mekho tomb to go out from the 1st cemetery to another magic of Sabni tomb, who was the son of Mekho. You will find yourself put your feet in the charm of the largest tomb in the Tombs of the Nobles.

You will be surrounded by decorations that reflect how much this ruler loves the hunting hobby, as the marvelous entrance of this tomb will take you to the imaginations as if you accompany Sabni to the trips of the fishing and hunting to live this experience in the pharaonic period, seeing accurate and vivid decorations that fill the place represents these scenes that are carved on 14 square-shaped columns.

While a number of columns to the left and ‎the right-hand side of the tomb will take you to a suspense story from Sabni life when he was rescuing his dead father’s body in one of the campaigns they ‎went through, as great scenes record how Sabni led his army into Nubia to punish the tribe responsible for killing his father during a previous military campaign, and for recovering Mekho’s body.

the decoration will show you when Sabini was holding the dead body and travel ‎for a long distance until reaching the Tombs of the Nobles in Aswan.

Sabni’s tomb decorations retain their original colors; that is how you will feel that you are entering the story that you will see to live these events with their owners.

After you live the charm of the Sabni tomb, feeling that you will not see the same elegance of this tomb at any other of the rest tombs, the prettiest tomb of the Tombs of the Nobles will wait for you to live another trip of wizardry.

Sarenput’s tomb is the most vibrant cemeteries and the best-preserved one in Tombs of The Nobles with colorful decorations that still in their condition as when the workmen had just carry their hands out of them.

It belongs to the royal prince, Sarenput, and the high priest of the temples of the gods of ‎Khnum and Sant, and the army leader of Egypt during the ruling period of ‎Amenmehat II, and who was the son of a Nubian king during the reign of the kings Senosurt II and ‎Amenmehat II.

Once you enter this tomb, you will be amid the charm of the ‎courtyard that is based upon six columns, to find on your right the fabulous offerings table, which was decorated with granite and bear the name of the Sarenput II. 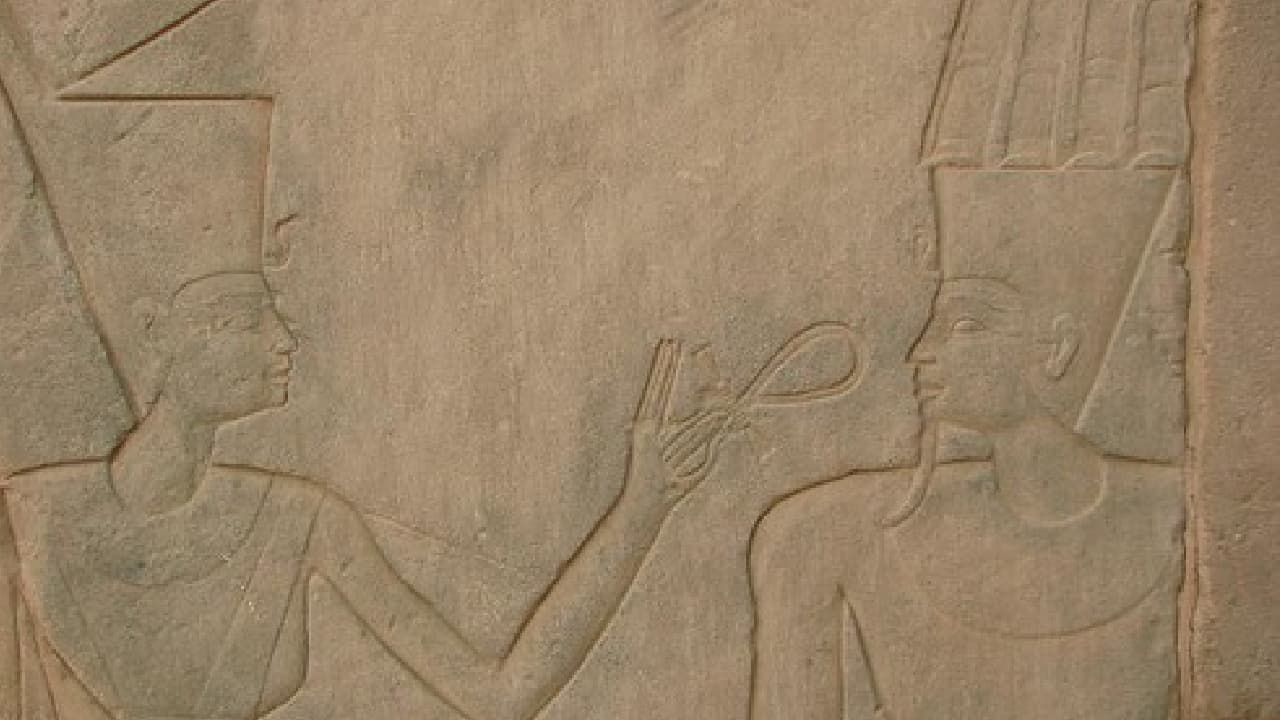 Tombs of the Nobles by Tombs by reibai

While a door will attract you with its vibrant decorations to discover that it is a false door, but a corridor will get your attention to walk in it while the vibrant decorations representing Sarenput II in his daily life and the cryptic messages from the Book of the Dead will accompany you till arriving at the burial chamber.

It is based on four columns and wall decorations representing Sarenput II with his wife (on the right) and his mother (on the left), as well as scenes of him during the hunting and fishing.

While you live the suspense of Sarenput II  tomb seeing these enchanting scenes, you will find rare and unique paintings that were not common in the ‎ Middle Kingdom, meeting scenes of ‎the event of burying Sarenput II and when ‎putting his right hand to receive the offerings from the offerings table. ‎ 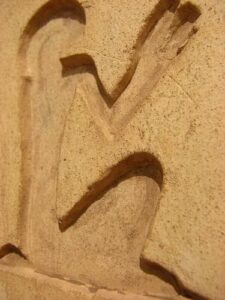 When entering the tomb of Harkhuf, you will be inside one of the first tombs that had been carved into these rocks.

Harkhuf was governor of the Elephantine Island in the sixth dynasty, between 2345 and 2181 BC, during the reign of Pepi II, as at this time there were strong relations between ancient Egypt and Nubia.

Harkhuf went in ‎four campaigns to the lands of Nubia to find inside his tomb remarkable hieroglyphic texts about his three trading expeditions into Nubia and central Africa, and about his last campaign, you will find the scenes that will take you to the time when Harkhuf traveled to the lands of Nubia, and the battles ‎happened between the two most powerful tribes in Nubia.

Where are the nobles tombs?

What do you call the Tombs of the Nobles in Egypt?

The Tombs of the Nobles, also known as Qubbet el-Hawa, rise up along the west bank of the Nile. Here, alongside Christian murals and Muslim structures, ancient sculptures and hieroglyphics may still be seen.

Where is the Valley of the Nobles?

The Valley of the Nobles, also known as The Graves of the Nobles, Theban Necropolis, or The Worker's Village, is a location in Luxor known as Sheik Abd El-Korna where hundreds of rock-cut tombs of ancient Egyptian nobility were found.

How many tombs in tombs of the nobles?

Some of the nicest and least popular sites on the west bank are these tombs. More than 400 noble tombs from the 6th dynasty to the Graeco-Roman era are hidden in the hillsides opposite the Ramesseum. 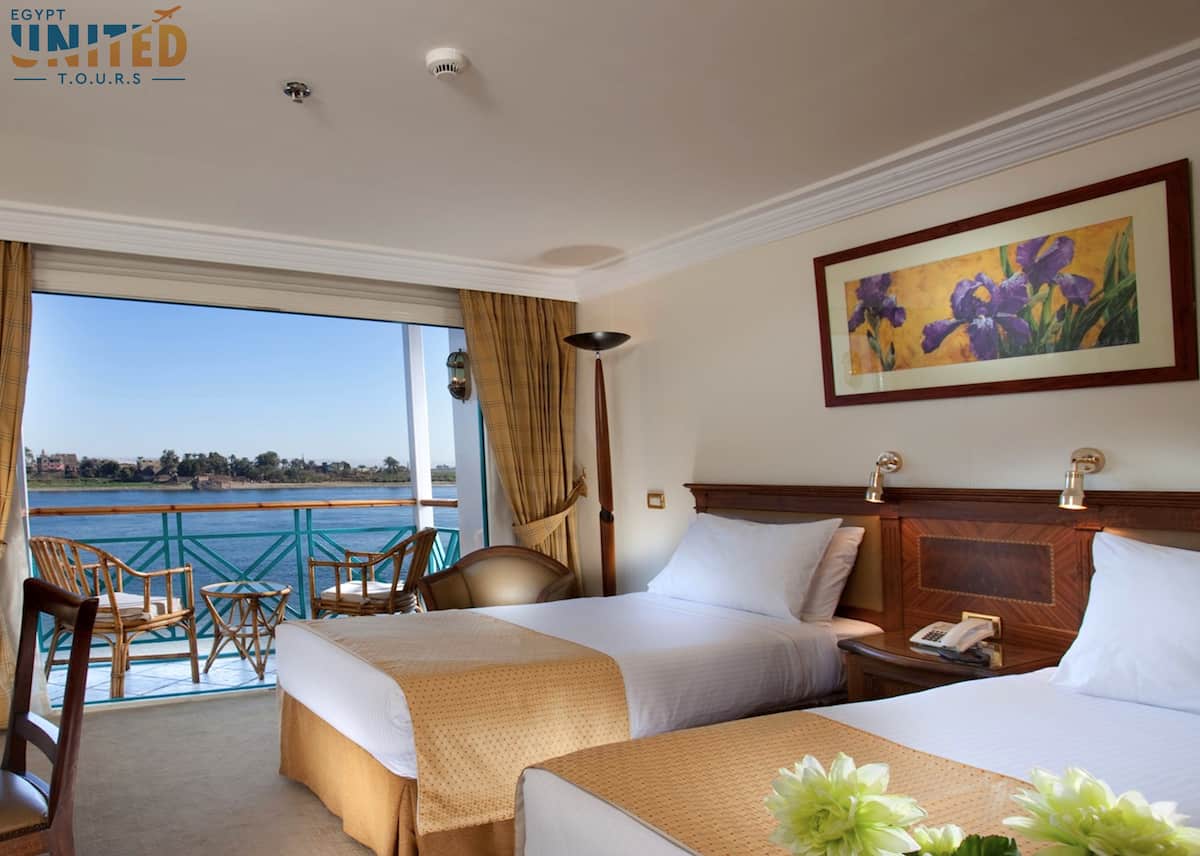 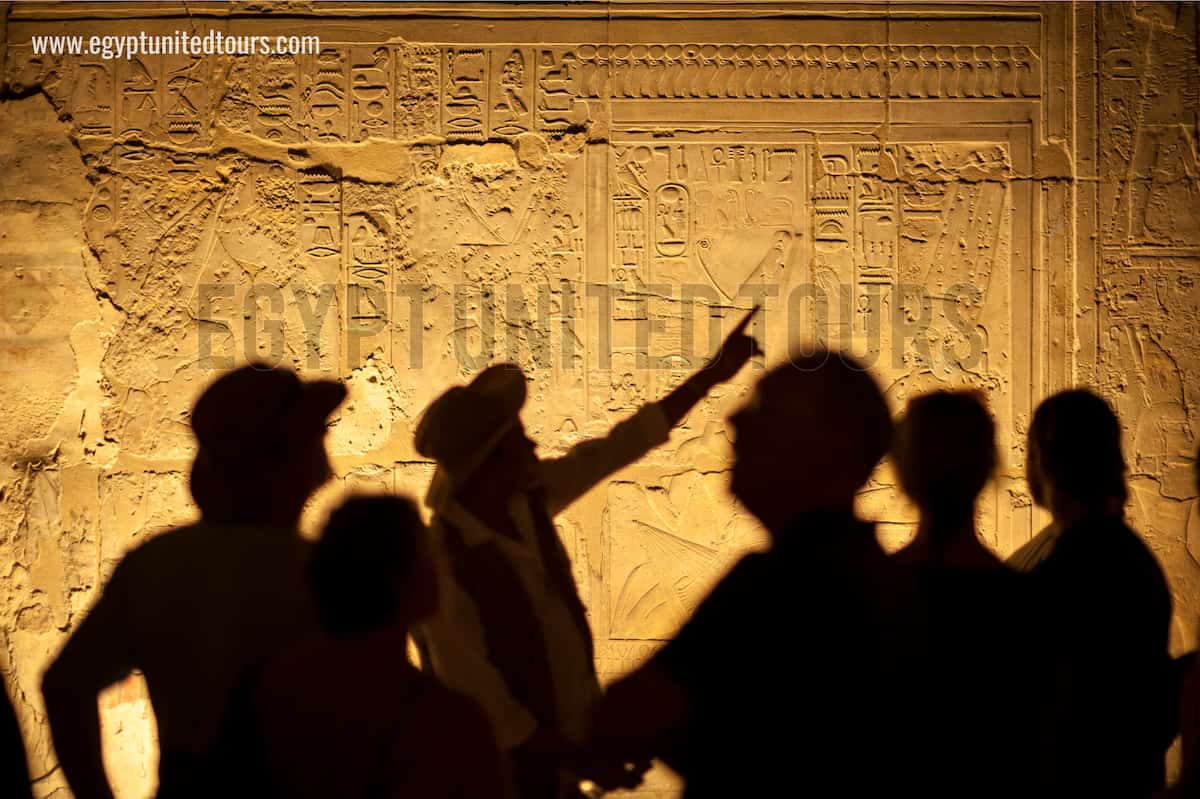 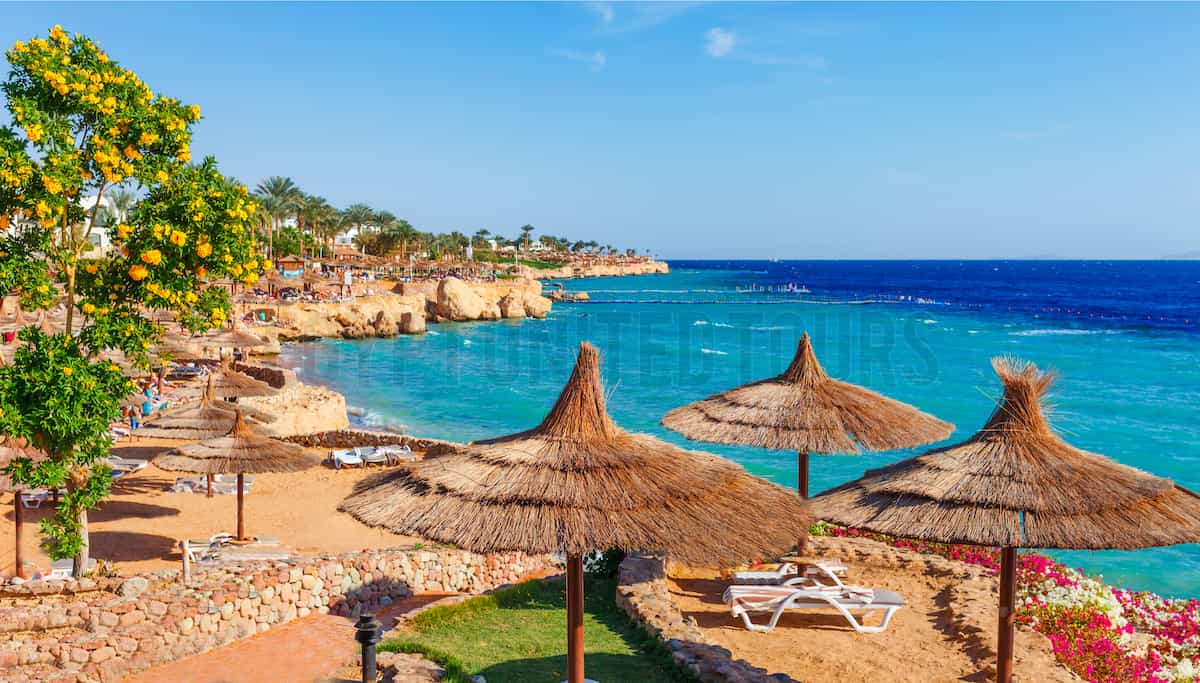