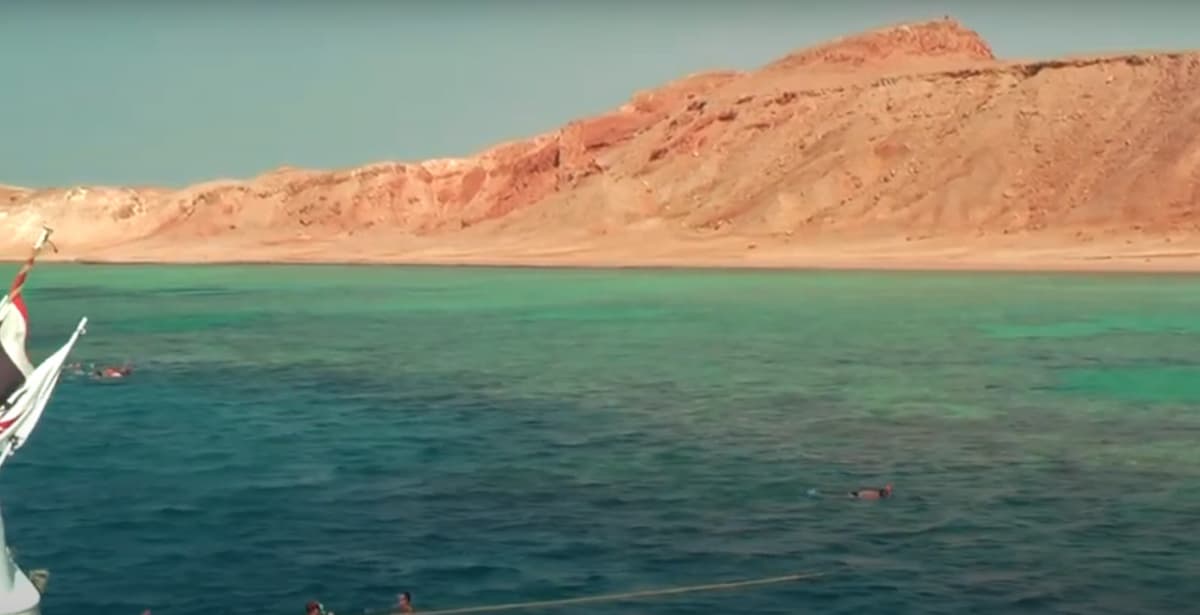 Tiran Island is located between Sharm El Sheikh & Saudi Arabia, there in Gulf of Aqaba, in which the Sinai Peninsula and the Arabian Peninsula are separated by only a few kilometers. The Egyptian island of Tiran is visible from all locations along Sharm El Sheikh’s shoreline and is one of the Red Sea’s most beautiful spots.

The surrounding seafloor is marked by the existence of four spectacular coral reefs: the Jackson reef, the Woodhouse reef, another reef named Thomas, and lastly the Gordon reef.

The seabed’s diversity and richness make it a perfect site for both diving enthusiasts and people who actually enjoy snorkeling.

Its unique strategic location has sparked debate in the past, as well as in recent years. In fact, the first administratively Egyptian island located in Saudi territorial waters was proclaimed Saudi territory in 2016, after a deal with Saudi Arabia.

Since many years, the majority of people had never heard of Tiran Island. It remained largely unknown until World War II, when Egypt stationed troops on both Tiran and Sanafir Islands.

During the 1956 Suez Crisis, Israel grabbed control of the Sinai Peninsula and the two islands with it. However, Israel quickly retreated, and Egypt regained possession of Tiran Island.

The King of Egypt blockaded the Straits of Tiran in 1967, thereby cutting Israel off from the Red Sea via the Gulf of Aqaba. This triggered the Six Day War, which culminated in Israel retaking control of the Sinai Peninsula.

Tiran Island remained under Israeli control until 1982; when it was returned to Egypt as part of a peace treaty between the two nations that guaranteed Israel’s right to utilize the Tiran Straits

Only a tiny number of Egyptian military personnel and some MFO workers live on Tiran Island now (Multinational Force and Observers).

The Ras Muhammad National Park; which includes Tiran Island; was only designated as a national park in the 1980s. This was to protect the area’s natural resources as well as to help limit Sharm El Sheikh’s; Egypt’s most popular beachfront vacation town, from further expansion.

Visitors have no permission to land on the island as previously stated. Visitors are, however; welcome to swim, snorkel; or SCUBA dive around the island’s coast. There are a number of boats in the region that can transport you to Tiran and Sanafir Islands.

There are numerous really stunning coral reefs near to the shore; in addition to a magnificent shipwreck just offshore. In short, the underwater scenery of Tiran Island rivals that of the rest of the Ras Muhammad National Park.

One piece of vital advice we can give is to visit Tiran Island on days if there is no wind; or at minimum very little wind. The waves near the island’s beach can get highly turbulent when the wind is blowing.