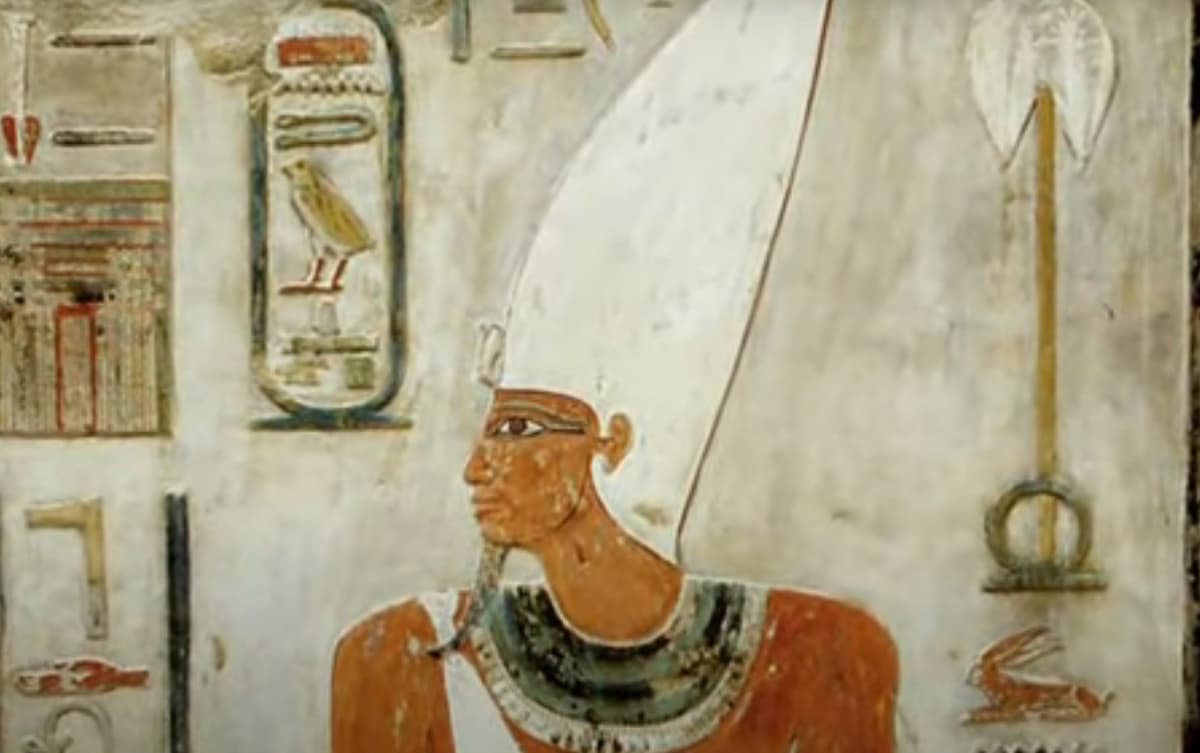 Firstly, the Tomb of Pennut is from the Twentieth Dynasty, particularly the era of Ramses VI (1143-1136 BC.): the Pharaoh’s cartouches  engraved on the chapel walls. It is now located on the shores of Lake Nasser, near the new Amada. Pennut was the main priest of the Aniba (ancient Miam) temple of Horus, where his spouse was a musician. on the other hand, the chapel consists of a rectangular chamber with three statues in a niche. The grave shaft, which dropped from the center of the room, was left behind when the monument was moved.

Firstly, in the early 1960s, the Aswan High Dam was built with the formation of Lake Nasser, which buried Lower Nubia, the “land of Wawat.” Because of its historical significance and the brilliance of its embellishments. Later, the tomb of Pennut was rescued as part of a large worldwide movement to save Nubian monuments. It was moved from Aniba to the new Amada site in 1964 and renovated near the Amada and Derr temples.

Also, the Tomb of Pennut was plundered long ago, but the chapel ornaments were nearly intact in 1851-1852, as seen by Felix Teynard’s calotypes. In 1906, Steindorff discovered reliefs in good condition. However, the chapel has lost at least half of its artwork, comprising almost all of the lower registrations, the niche’s entrance door jambs, and a huge section of the eastern part of the southern wall… For these places, we must rely on Lepsius’ plates.

Dynasty XX rapidly loses power of Egypt after Ramses III’s great reign. Ramses IV and Ramses V regimes are marked by scandals, thefts, and a surge in corruption. Lawlessness and insecurity, along with increasingly frequent invasions by Libyan nomads, have resulted in widespread poverty.
Under Ramesses VI, things are just getting worse. Egyptian influence in Asia continues to wane: the country’s eastern boundary recedes from Syro-Palestine to the Delta’s edge.
Also, Nubia, or at least Lower Nubia, remains under Egyptian sovereignty, and a viceroy named Siesis is known to exist.

In addition, there are four Nubian Horuses, three of which have been linked to fortification activity since the Middle Kingdom.

Miam’s Horus Aniba, located across the Kasr Ibrim, was a significant administrative center in Lower Nubia, including a Middle Kingdom Horus temple. Horus of Miam’s religion was not exclusive to his city; like all other Horus, it was worshipped across Nubia.