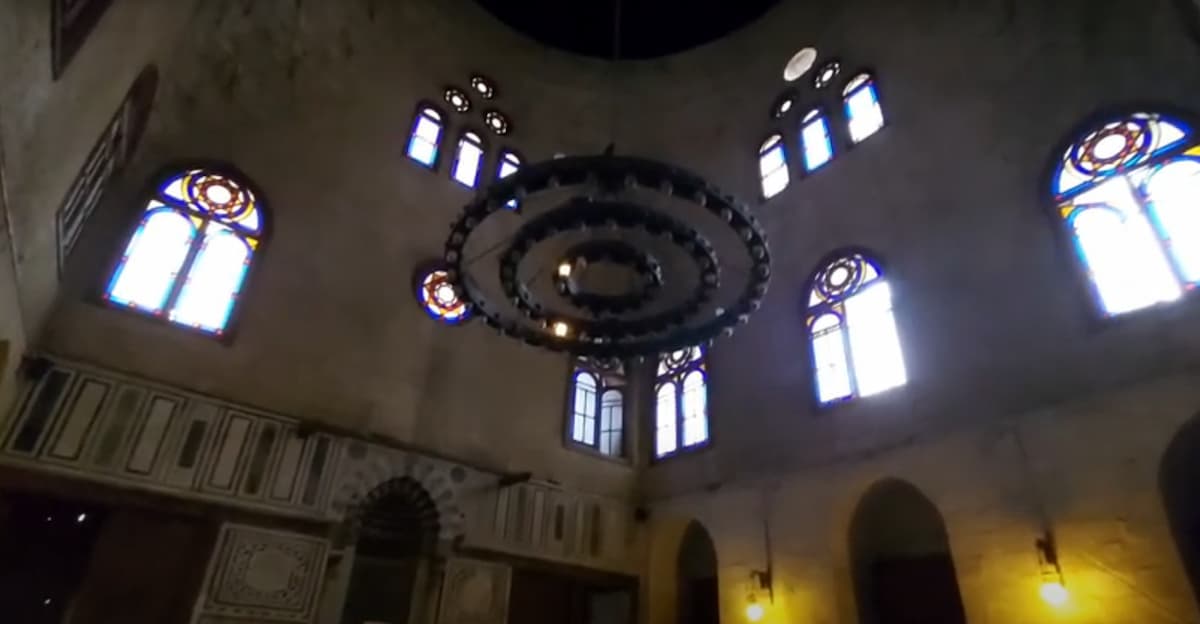 The exquisite Sultan Al-Ghuri Complex has served to remind people of Egypt’s Mamluk monarchs’ dominance, riches; and power for more than 5 centuries. Sultan Al-huge Ghuri’s structure crosses al Mu’izz li-Din Allah Street, more often known as Muizz Street.
Apart from the Sultan Al-Ghuri Complex, Muizz Street is located in Cairo’s ancient Fahhamin Quarter and is home to many prominent Cairo tourist attractions. This makes it one of Cairo’s most fascinating neighbourhoods, especially for those intrigued in Islamic history and architecture.

A Khanqah, a mausoleum, a sabil, a mosque, and a madrasa are all part of the Sultan Al-Ghuri Complex. The mosque and madrasa are on one side of the road that runs through the complex; while the khanqah, sabil, and tomb are on the other. The two sides are connected by a wooden roof that provides shade to the street beneath.

The Sultan Al-Ghuri Complex was built between 1503 and 1505; and it was completed in 1505. Monarch Qansuh al-Ghuri, Egypt’s second-last Mamluk sultan, commissioned it. Qansuh al-Ghuri was also the last sultan to rule for such a long period of time; reigning from 1501 to 1516.

Qansuh al-Ghuri served as governor of Tarsus before becoming the chamberlain of Aleppo. He was well-known for his role in the Ottoman War; a military battle in which he played a significant role.

Unfortunately, Qansuh al-Ghuri died of a heart attack at the age of 75 while battling the Ottoman Turks outside of Aleppo. The Sultan’s body was never located, and as a result; he was unable to be buried in the lavish tomb he had constructed at the Sultan Al-Ghuri Complex.

Al-Ghuri was noted for being a very lively man throughout his life; with some sources claiming that he was still playing polo frequently at the age of 70.

On the one hand, Sultan Al-Ghuri was a refined man who appreciated the gentler aspects of life, such as flowers, music, literature; and architecture.

On the other side, he was known as a ruthless and superstitious tyrannical ruler who would punish people for crimes they had done; whether they were genuine or imagined.

Layout of the Sultan Al-Ghuri Complex

The Sultan El Ghury Complex funerary complex is made up of two blocks that run parallel to Muizz Street; which passes through Cairo’s old neighbourhood. The western block contains a mosque with a tower; and this section of the complex would have also served as a madrasa in its heyday (school). A mausoleum, a sabil, a khanqah; and a small graveyard make up the eastern block’s funeral complex.

The Sultan El Ghury Complex mosque is not as magnificent as some of Cairo’s other old mosques; particularly those from the Fatimid dynasty. It is, nevertheless, still a delightful location to visit, with some wonderful elements such as the extensive use of white and black marble. Its four-story-high solitary minaret is likewise a significant feature. In Egypt; it was the very first minaret with a square upper part.

The Mausoleum, Khanqah and Sabil

The mausoleum is highly ornate, and the sultan spent a lot of money on it. It was intended to contain the sultan’s bones after he died, but he perished on the battlefield and his body was never found. The mausoleum area used to have an outstanding brick-built dome that was completely covered in green tiles; but it has since fallen.

The Khanqah in this structure is likewise unusual in that it has no living accommodations attached to it. Sufis did, however, hold meetings there, according to records. Because there were no linked living rooms, it’s safe to suppose that visiting Sufis and others had to make do with the meagre living accommodations available across the street at the mosque.

The sabil has a beautiful polychrome marble pavement, which was primarily a place where the public could get free water. It contains a densely packed arrangement of geometric stars, each with 20 points, and is regarded the most elaborate of its sort in Cairo.

The Sultan El Ghury Complex is a massive monument, as well as a beautiful one, that commemorates a pivotal period in Egypt’s rich history. After all, it was constructed by the country’s second-to-last Mamluk Sultan. It is also in a handy location in Cairo, close to a number of other fascinating sights.

You will appreciate a visit to the Sultan Al-Ghuri Complex much more if you are accompanied by a professional guide than if you visit the site on your own, as you will with so many other sights in Cairo. The good news is that when you book any Cairo Tour Packages with Egypt Tours Plus, you will always have one of our expert guides by your side to answer questions and explain the history of the many locations you visit.

If you are considering joining one of our Egypt travel packages and would want to see this attraction, it is strongly advised that you verify your selected tour itinerary carefully before booking to determine if it includes or excludes this activity.

If it’s not on the list and you’d like it to be, just let us know and we’ll add it to your itinerary. After all, all excursions at Egypt Tours Plus can be customised and adapted to match the specific demands of our customers.