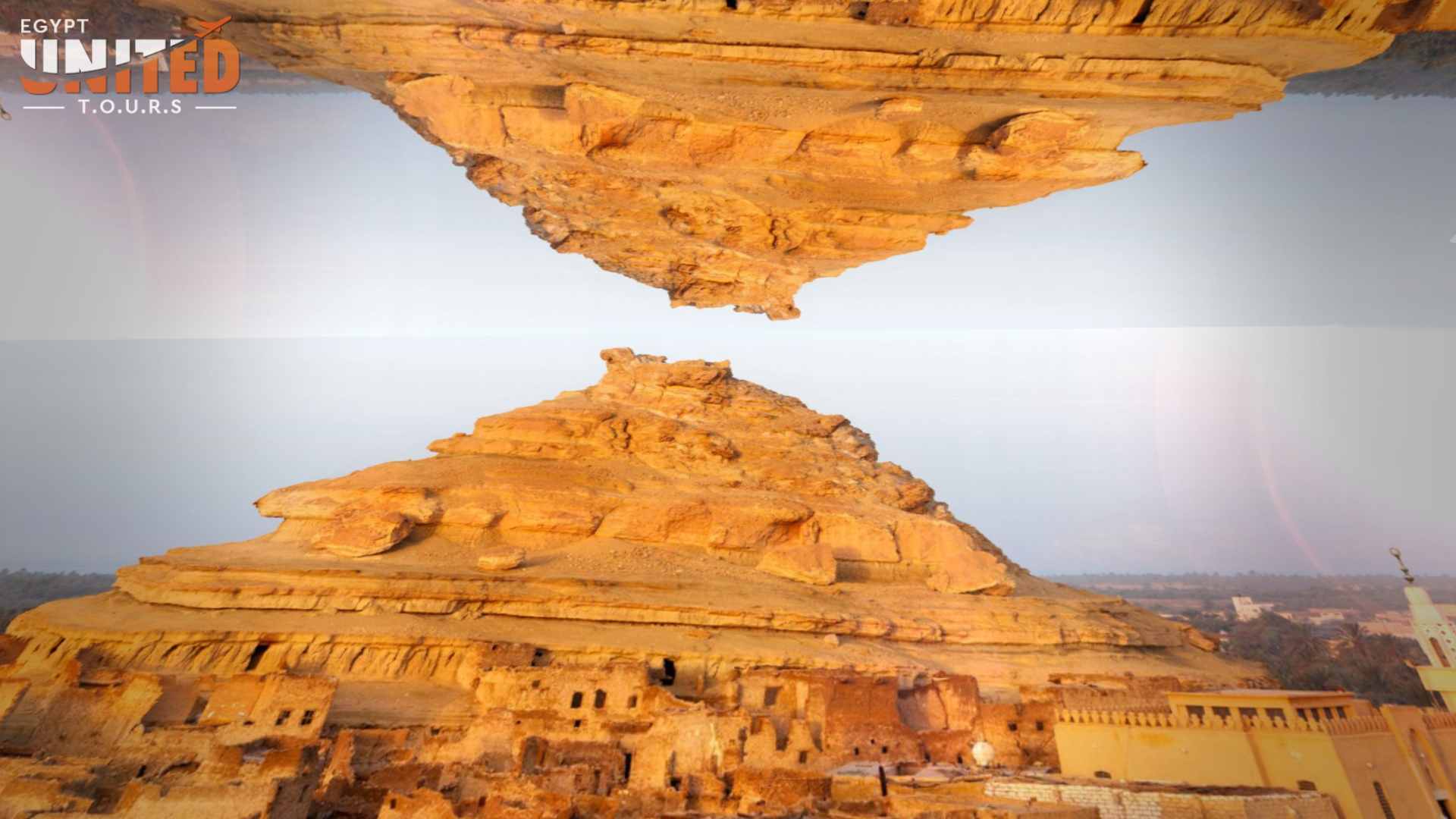 Egypt United Tours › Siwa Oasis
Contents [ Show/Hide ] ▼ Show
1 Siwa Oasis
1.1 History About Siwa
1.2 Alexander and God Amon
1.3 Facts You Do Not Know About Siwa Oasis
1.4 Live The 1st Features Of The History In Siwa Oasis
1.5 Sites to See in Siwa Oasis
1.5.1 Mount of the Dea
1.5.2 Temple of Amun
1.5.3 Tomb of Miso isis
1.5.4 Shali Castle
2 Finally, You Can Get Rid Of Your Pains Or Skin Disease By Nature of Siwa Oasis
2.1 Get To Know More About Siwa Oasis and Siwan People

Live The Full Meaning Of Nature Mixed With History In Siwa Oasis & Get Rid Of Your Pains!

On the same steps of Alexander the Great to the oracle of Amun temple where the god Amun presaged him of building a great rule reign in Egypt, and where the god Amun was angry at Persian king Cambyses and his army, enjoy walking through this environment that is rich in biological and geological diversity. Welcome to Siwa Oasis. 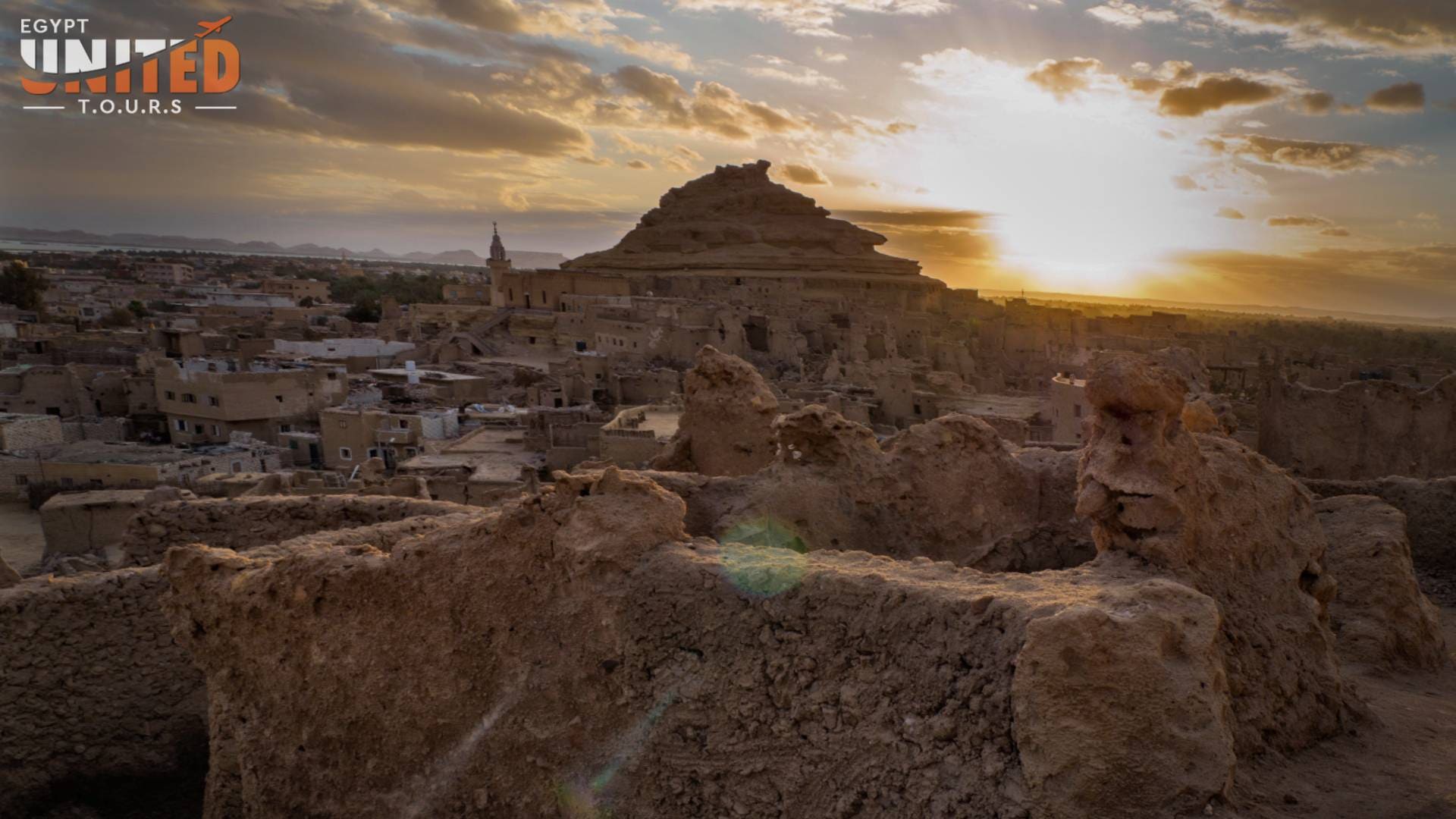 After Alexander the Great conquered Egypt and ruled it, then began to build his city Alexandria, he decided to visit the worldwide famous temple of the oracle of Amun in 331 AD, which is located in Siwa Oasis, so he moved with the accompany of his army.

He arrived at Marsa Matruh and then to the north, but unfortunately, after some days of passing Marsa Matruh, their water was finished, which scared them, however on the following day, the sky rained very heavily, unlike the nature of this area.

Upon the arrival of Alexander the Great, the temple priests and the inhabitants of Siwa, who did not know that Alexander was visiting, had come to welcome Alexander immediately. “Only Alexander who will be allowed to go inside the inner room of the temple to consult Amun,” the priest of the temple of Amun said.

After a short time, Alexander went out with great happiness, and when his soldiers asked about the reason for this happiness, he told them that it is a great secret, and he would not inform anyone except his mother. This secret was known later that Amoun told him about the success he would achieve in his reign in Egypt.

When you walk through this amazing desert, seeing the places where Alexander walked through, do not miss remembering the story of the Persian king Cambyses when he took his way to Siwa in order to punish the priests of Amoun Temple.

The priests predicted that Cambyses’s life and achievements would all end painfully in Egypt, and this is what actually happened. But when Cambyses listened to that, he started going to Siwa, a sandstorm took place and destroyed Cambyses and all his army. That was described as the anger of the god Amoun, and till now, the tracks of Cambyses or his army, which contained 50,000 men, are not found.

Facts You Do Not Know About Siwa Oasis 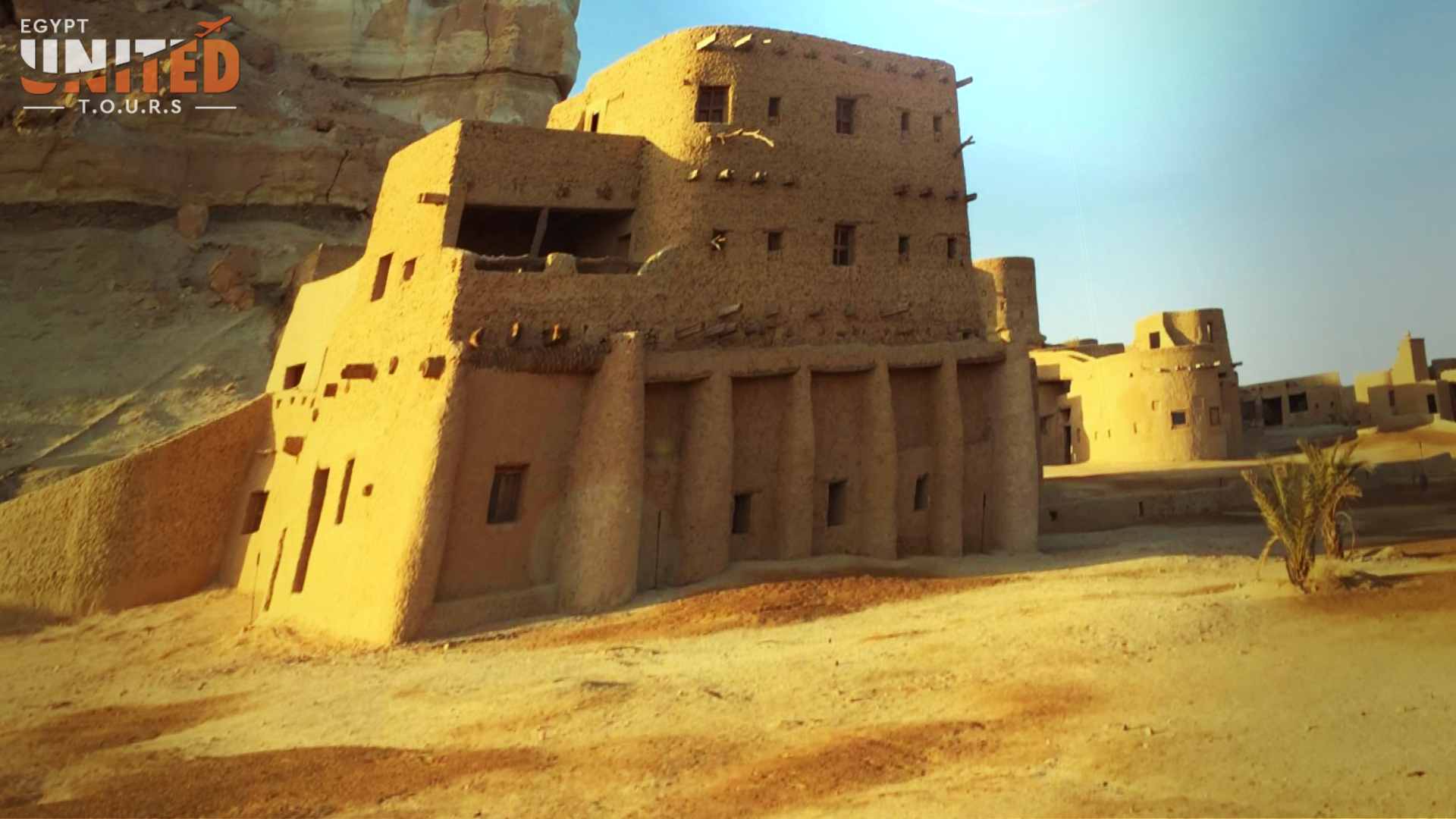 Actually, Siwa Oasis Egypt is where discovered the most ancient human footsteps in history going back more than 3 million years, in 2007. Besides the largest whale structure in the world dating back to the Cretaceous period 73 million years ago, in addition to many other fossils, including remnants of Nautilus marine snails and fossilized coral reefs, and three other types of whales, water snakes, and shark teeth.

So, how Siwa Oasis, where life created and humanity began, looks like now! You will see a magic land with Sand dunes, plateaus, and wetland contains 40 types of plants.

It contains more than 70 thousand olive trees and nearly 400 thousand palm trees, and there are apricot, pomegranate, guava, lemon, and fig trees, and from medicinal and aromatic plants there are mint, wormwood, drunken, Umm al-Nada, and castor, Clematis, licorice, marjoram, and basil, which are free of agricultural pesticides, and the plants that are used as sand repellants include Acacia and Athl trees.

It will be a remarkable moment when seeing some rare species of endangered animals include the Phoenician fox, the skinny-horned deer, and species of cats, as well as the Red deer and white deer.

Siwa Oasis is where you find 164 species of birds fly around you in the sky, including houbara, quail, lunar, and crowned lark, in addition to the bisharush bird that was sacred by the ancient Egyptians. Therefore Siwa is announced as a nature reserve open in 2002.

Live The 1st Features Of The History In Siwa Oasis 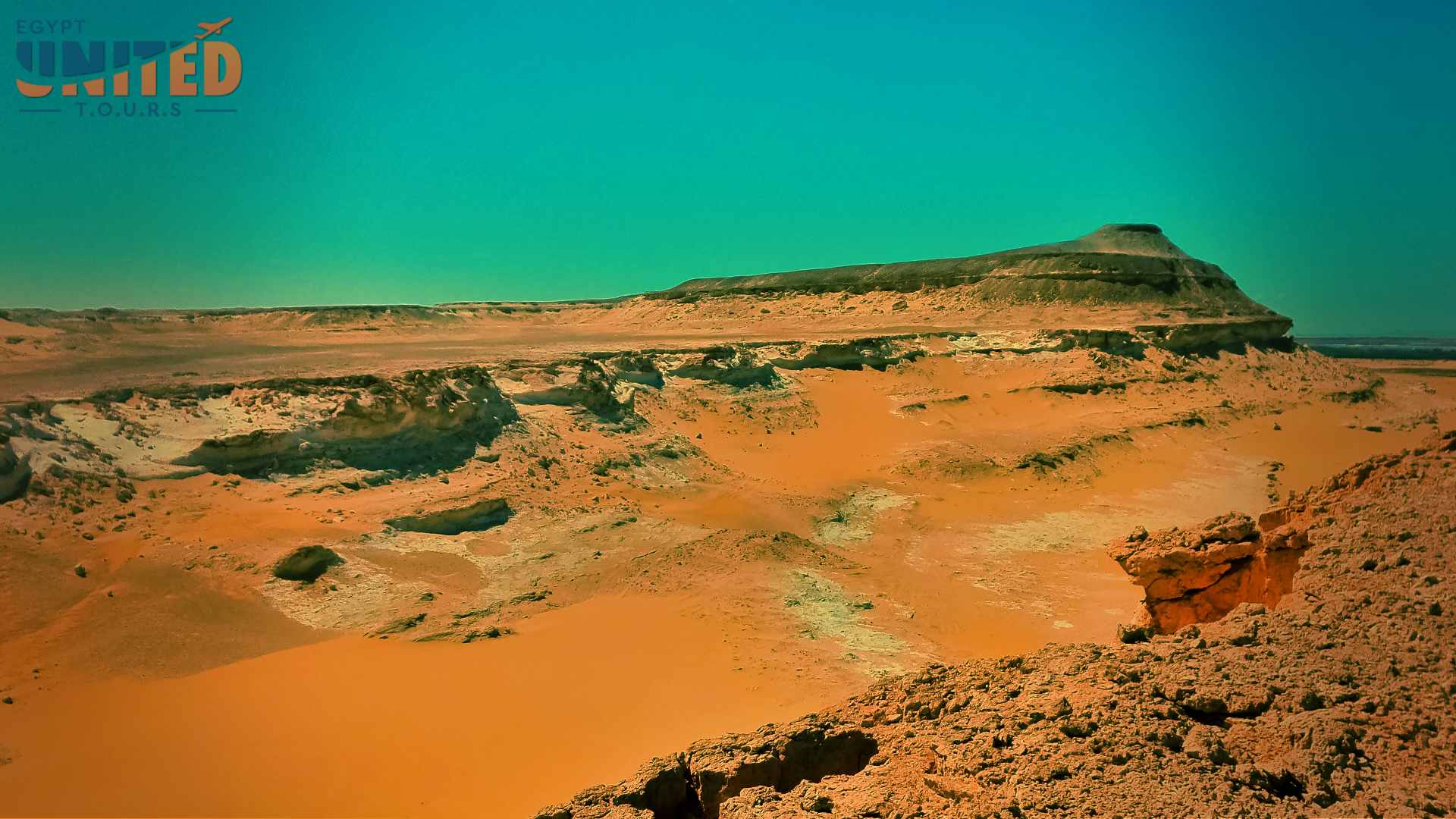 While enjoying the great nature of Siwa Oasis feeling so relax, look at the unique historical places. Just go to the Edfu Temple, where you find inscriptions narrating a great history about Siwa that dates back to 3200 BC during  pre-dynastic times, in which you know the real name of Siwa when the ancient Egyptians

It was called “Binta,” and later it was called the “Jupiter Amun” oasis; this name lasted until the Ptolemaic period, then the Ptolemies had named it “Sentria” which derived from the name “Sakhit Am” that the Pharaohs called it at one time, meaning “the land of palm trees.”

Sites to See in Siwa Oasis

Mount of the Dea

The Mount of the Dead is at the top of this historical places list, which is an ancient cemetery dating back to the fourth and third centuries BC; this cemetery was reused during the Greek and Roman times. It is the richest archaeological tomb in the Western Desert because of the number of mummies and inscriptions, which has been placed there and dating back to the Pharaonic and Greek eras, and perhaps the most famous is the scene of the Osiris courtroom.

Amun Temple, which was built by the 30th Dynasty by Niketanebo II, is dedicated to the worshiper of the god Amun, which is located on the plateau of the Gurimi, and is called revelation and prediction, as he was famous for the fulfillment of his prophecies, as happened in the story of Alexander the Great.

You will be amazed while reading the inscriptions that were dug on the walls of this temple with the accompany of our Egyptologist tour guide; however, put in your mind that other unique inscriptions are waiting for you in the tomb of the priest of the god Osiris “Batoth.”

On its walls, you will find the religious songs and rituals known as “the pull of the four bulls”, in addition to the “crocodile” tomb that was discovered in 1940, whose walls recorded many scenes of the Book of the Dead.

As well as the tomb of “Miso Isis” which contains a text of the god Osiris, was described as the great deity in Theth, and archaeologists believe that it is an ancient name that was given to the Siwa Oasis.

You can spend the best times like the people of the Oasis in Shali Castle, which was built by the people of the oasis at the beginning of the thirteenth century. It is a group of houses and a castle surrounded by a large wall. It was constructed from a material called “karchf”, which is salt stones mixed with silt.

The windows and doors were made of olive wood and palm trees, which made it a building that suits the continental desert climate, as it soothes the weather in summer and warms the cold winter night.

Finally, You Can Get Rid Of Your Pains Or Skin Disease By Nature of Siwa Oasis

Do you suffer from rheumatoid and rheumatic diseases? Easily you can find your treatment on the opposite side of the Mountain of the Dead, where the “Dakrour” mountain is located with its hot sand, which is intended for those who wish to be treated. 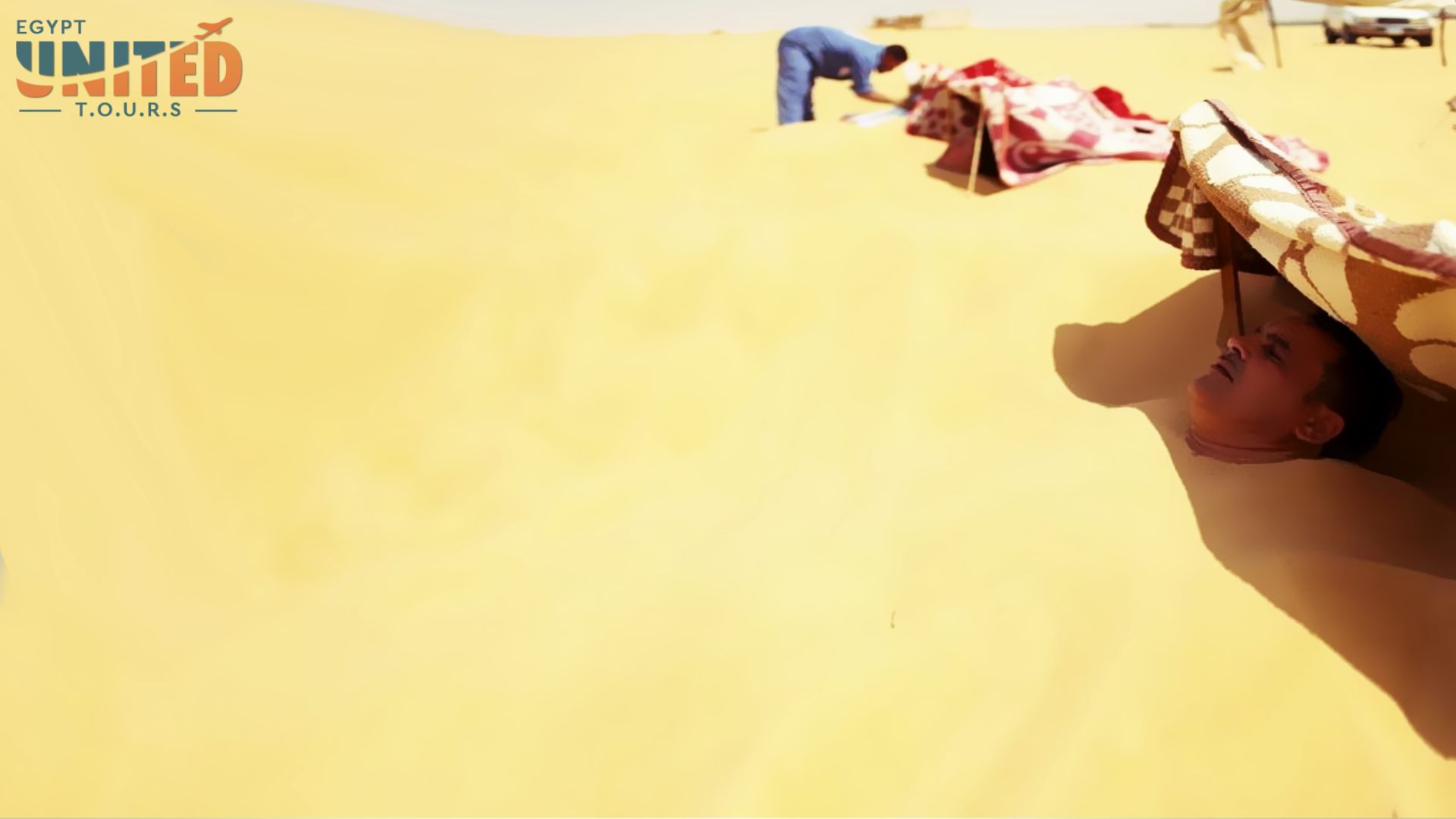 Despite the desert nature that Siwa Oasis features with, it is rich in lakes and various groundwater because its land is 18 meters below sea level, which caused the presence of sulfur basins, which are used in the treatment of rheumatic and skin diseases, and pure fresh springs, on which water factories have been established bearing the name of the oasis. And salt wells from which salt is extracted, capable of melting Europe’s snow.

One of the most important springs in Siwa Oasis is the Cleopatra spring, one of Siwa’s most famous tourist attractions; it is also known as Ain Juba or Ain Shams, which is a stone bath that is filled with natural hot spring water.

Fintas spring, which is located about 6 km west of Siwa, is located on the island of Fintas, overlooking the salt lake, surrounded by palm trees and desert landscapes.

Kigar spring, which is one of the most famous water springs in Siwa Oasis that are used for therapeutic purposes from rheumatic and psoriasis diseases. Its water temperature is 67 degrees Celsius, and it contains several mineral and sulfur elements.

Get To Know More About Siwa Oasis and Siwan People

While you enjoy treating in this stunning nature of Siwa Oasis that will treat your psyche before your body, you will find kindly people, their origins are from the Berbers, wearing white Galabeas, the traditional clothes for the people in Siwa, and speaking a special language, which is a different language other than the Arabic belongs to the Siwians, that is called Siwa language.

Can you swim in the Siwa Oasis?

Swimming at night has a unique atmosphere, and Siwa is the perfect place to do so. Swimming in Siwa is an amazing experience due to the pools' distinct settings, whether at the hotel or outside in the desert. You'll get the sensation of having jumped into a dream world.

Can you drown in Siwa Oasis?

Don't worry if you're not a strong swimmer—the amount of salt in the water prevents drowning! You have the ability to float as in the Dead Sea! The salt from the Siwa Oasis was originally used to construct dwellings, sharpen and shape tools, and finally, to create lamps.

Why do people float in Siwa Oasis?

At the Siwa Oasis in Egypt, observe as a man floats in a salt pool. What could surprise you is that the water is 95 percent salt, so you can float right away, the self-described single traveller who claimed he cannot swim, wrote.

What is Siwa Oasis known for?

Ancient Egyptians used to refer to Siwa, a beautiful oasis in the Western Desert of Egypt, as "Sekht-am, which means "palm land." The name accurately describes the oasis's iconic palm trees; it is also well-known for its olive groves and crystal-clear salt lakes.

Is Siwa Oasis worth?

Egypt's Siwa Oasis is a well-kept secret. I only went there because several individuals I met along the Nile suggested it to me, but I'm so pleased I did. It's the ideal location to unwind in a laid-back atmosphere and discover a variety of off-the-beaten-path sites because it sees less tourists than the rest of Egypt.