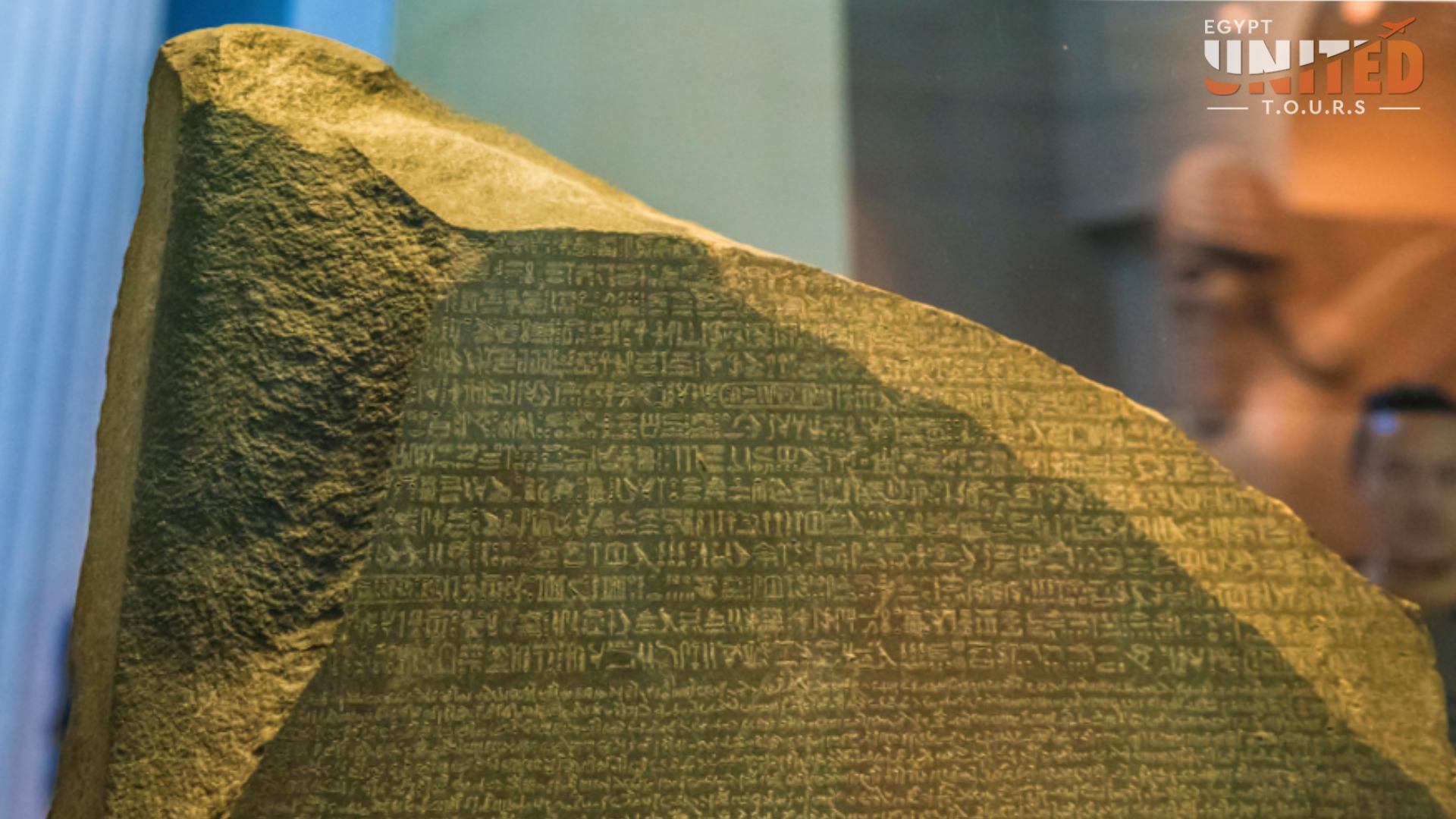 At each temple or monument that have decorations with the ancient Egyptian languages, Hieroglyphs, Demotic and Hellenistic, and when you stand in full surprising listening to what the pharaohs had left for you in these messages. Know that uncovering these languages and knowing the meaning of these secrets thanks to Rosetta Stone. Rosetta Egypt is where you walk through the French soldieries steps. where the Egypt Rosetta stone had been find out; and where you share the story of reading the ancient Egyptian languages symbols from the beginning till the moment you stand in the temples to read what the pharaohs write. 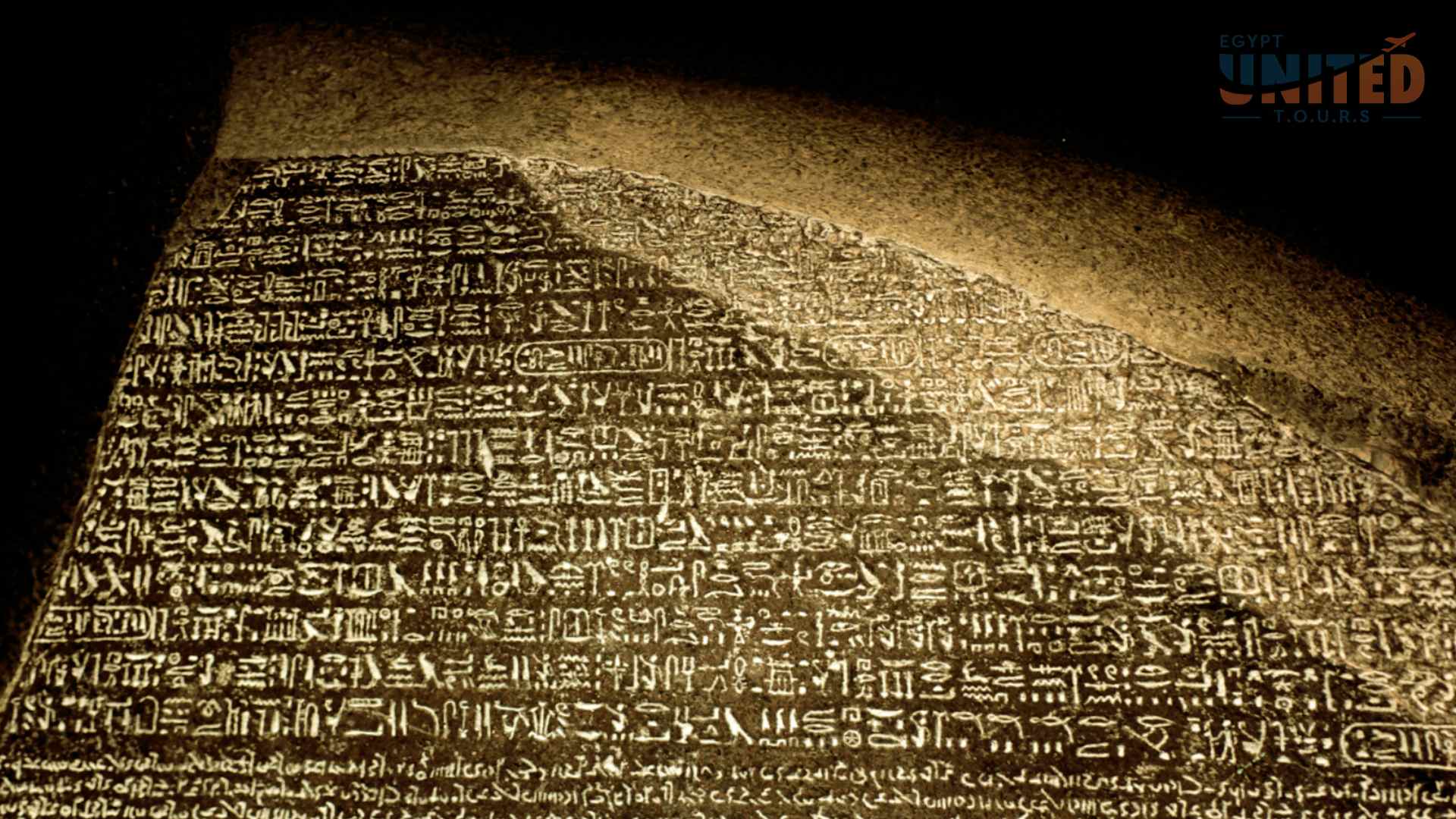 A linguistic mystery was placed in a block of black basalt in 196 BC. And within the French occupation, and while building a French fortress near Rosetta.  Young French officer called Pierre-Francois Bouchard found this block of the black basalt in 1799, with its 3ft 9in long, 2ft 4.5 in wide. And 11in thick, and contained three distinct bands of writing that were use in ancient Egypt, which are the Hieroglyphs, Demotic, and Hellenistic.

Actually, at that time, the French soldiers stopped in confusion, and no one can unblock the meaning of these symbols until this stone had arrived at French scholar Jean-François Champollion that deciphered the Rosetta stone within the period of (1790-1832), and it was the first time to know the Ancient Egyptian language and culture.

This stone will lead us to the Ptolemaic period, when Rosetta Egypt, was called a Bulbettin; it was a popular market and had a large temple called “Polpatium,” and this temple contained in its flanks a copy of the decision issued by the Congregation of Priests in reverence and appreciation to King Ptolemy V in 196 BC, and it was written on a stone in the hieroglyphic, Greek and demotic languages, Rosetta stone, that was discovered in Qaitbay Castle, as after Sultan Qaitbay had founded its famous castle in Alex, it established another Castle in  Rosetta city in the ruins of Polpatium temple, and when the French campaign wanted to change the shape of the castle to be like as the European in shape, and during excavations. The stone was find. 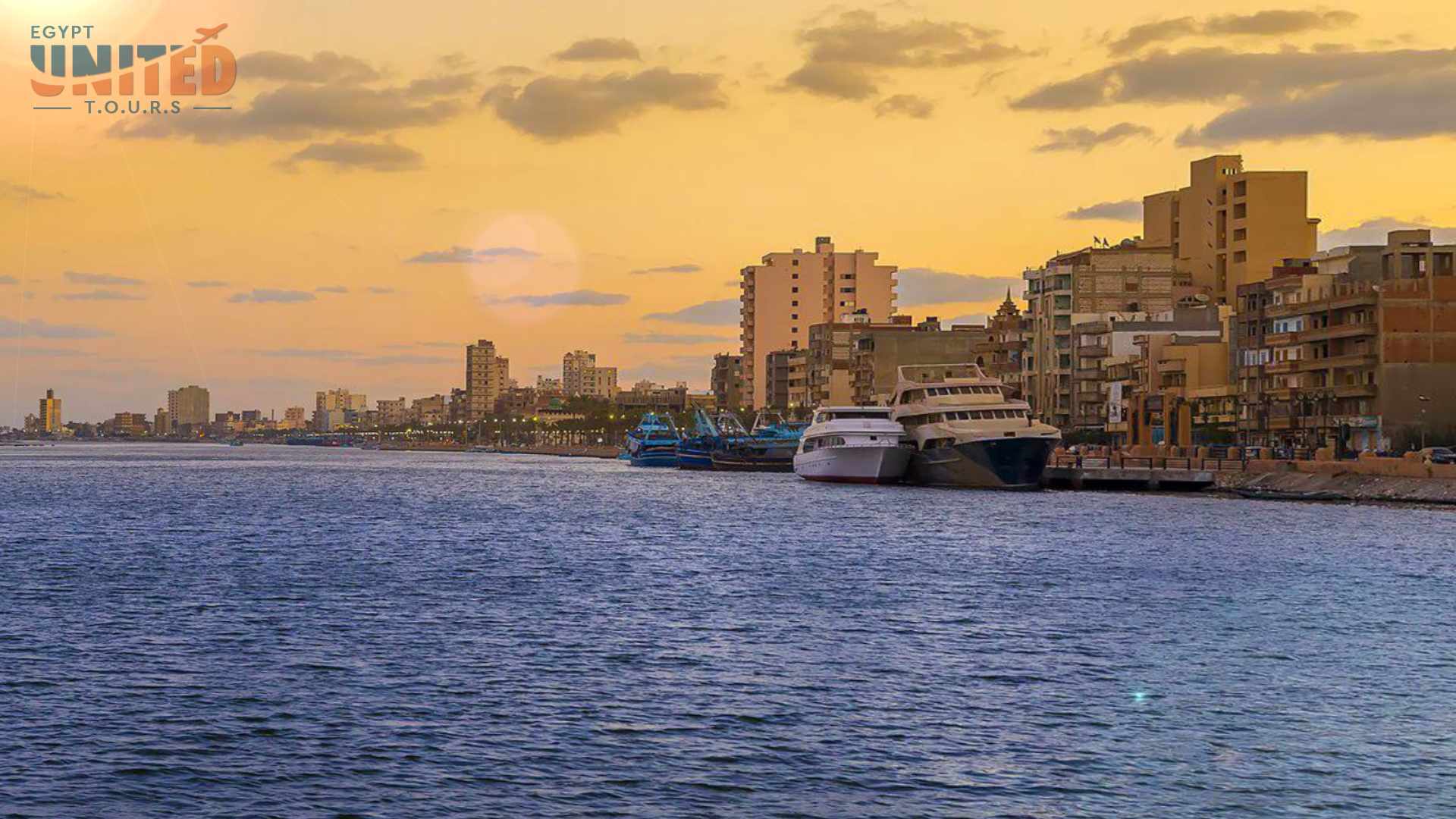 Thus, Rosetta Egypt antiquities carry the history of the Egyptian civilization and all the events that passed through Egypt. In which we can wander during the Ottoman era.

Travel Into The Ottman Era In Rosetta Egypt

While you visit Rosetta Egypt, you will be in one of the best places in the world to see the early Islamic architecture, as Rosetta City has a great number of Islamic monuments found here is better than every other Egyptian location apart from Cairo, especially the antiquities dating back to the Ottoman era, which varies between civil, religious and war monuments, and social service facilities.

Follow the west bank on the Nile, where Rosetta Egypt is located, where the Nile meets the Mediterranean Sea, to walk down the “King’s Corridor” Street and feel that you are walking in a street of the Ottoman era, with its antique houses and mosques. All these monuments have retained their luster since their construction in the Ottoman era.

This street derives its importance from the fact that it witnessed the French and English campaigns. The black and red bricks that all ottoman houses had been built with are in the same condition, with the mashrabiyas that adorn the facades.

A city alone has about twenty-two historic houses with a distinctive architectural style; the ingenuity of architects in Islamic times is evident with wooden balconies, mashrabiyas, carved bricks, and prominent decorations on the facades of the buildings, in addition to a historical bath and a mill as well as the presence of the Rashid City Museum, which contains important historical events.

What is Rosetta Stone and why is it important?

One of the most significant items at the British Museum is the Rosetta Stone, which is essential to comprehending Egyptian hieroglyphs, a system made up of tiny images that was first employee in ancient Egypt for holy texts.

What does the word Rosetta mean?

Italian in origin, Rosetta is predominantly a feminine name that means "Little Rose." A short form of the name Rose is Rosetta. The Rosetta Stone is a well-known tablet create by Ptolemy V that includes heiroglyphics and classical Greek letters. Rosetta Stone is also a programme for learning foreign languages.

Who found the Rosetta Stone?

When one of Napoleon's soldiers, Pierre Bouchard, discover the nearly four-foot-long and two-and-a-half-foot-wide basalt stone at a fort close to Rosetta, he was aware of this directive.

Is there a Rosetta Stone in Egypt?

The stone was discovered by French soldiers in the city of Rosetta (modern-day el Rashid) in July 1799 during Napoleon's invasion of Egypt. East of Alexandria, close to the Mediterranean coast, was where Rosetta could be find.

What is the Rosetta Stone and why is it important?

One of the most significant items at the British Museum is the Rosetta Stone, which is essential to comprehending Egyptian hieroglyphs, a system made up of tiny images that was first employee in ancient Egypt for holy texts.