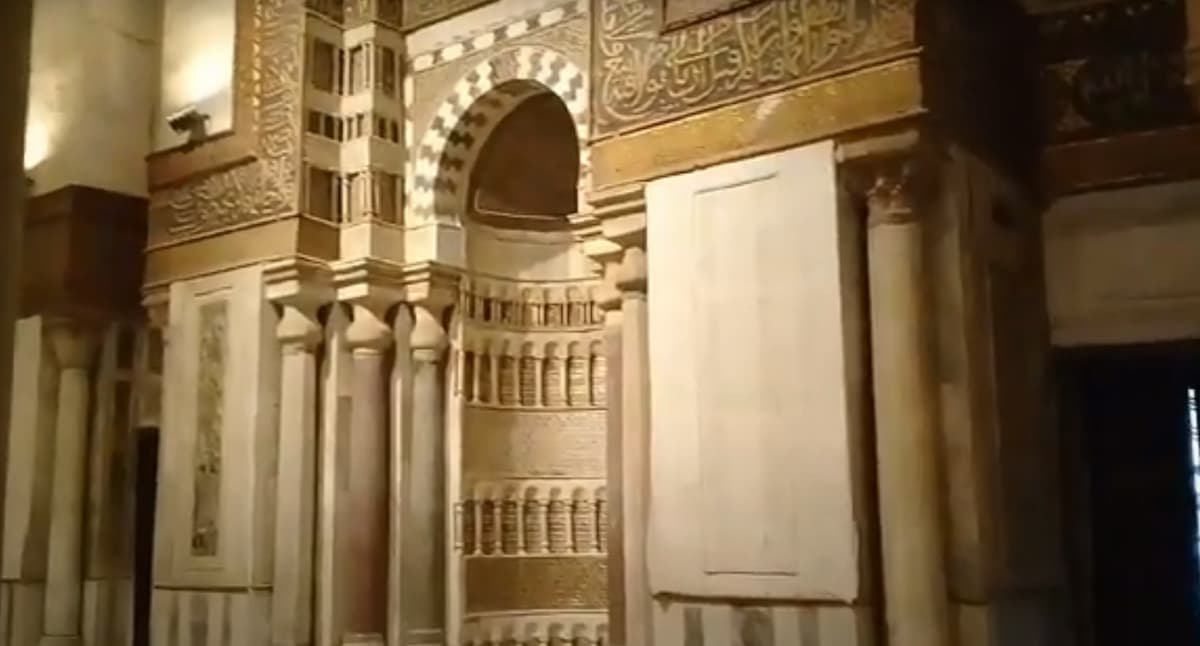 The Qalawun Complex was a massive structure that included a mosque, a madrasa, a tomb, and a hospital; but the hospital was razed in 1910. The complex is situated in the centre of Cairo, in the Bayn al-Qasrayn neighbourhood; which is part of what is known as Old Cairo or Medieval Cairo. Some of the architectural work of the Qalawun Complex is regarded to be among the best examples of its kind in Cairo. With one of our faultless Cairo tour packages; you may visit this spectacular complex in absolute luxury and style.

The site is close to a number of other prominent Cairo tourist attractions, including the Sultan Al-Ghuri Complex; which is a little older. Overall, the Qalawun Complex is an excellent destination to see; especially if you are interested in mediaeval Islamic architecture and Islamic history.

A Fatimid palace once stood on the site where the Qalawun funerary complex presently sits. Until Sultan Al-Nasir Muhammad Ibn Qalawun bought the entire territory in 1283; many of the previous palace’s halls were sold and people lived in them. He purportedly promised God that he would create a hospital in Cairo that would be similar to the one where he was treated in Syria.

The construction of the Qalawun Complex began in 1284 and was miraculously finished the following year; in 1285. The entire complex was constructed in about 13 months, which most people find difficult to believe given its enormous scale. The hospital was erected first and took less than 6 months to complete, while the madrasa and mausoleum took around 3 months apiece.

So, how was such a massive edifice constructed in such a short time? Some may feel compelled to accuse the sultan of employing slave labour. The sultan, on the other hand, never actually oversaw this project. Instead, emir ‘Alam al-Din Sinjar al-Shaja’i oversaw the construction of the Qalawun Complex. He never used slave labour, preferring instead to use Mongol prisoners of war.

In addition to the forcibly hired inmates, emir ‘Alam al-Din Sinjar al-Shaja’I also enlisted the help of normal city labourers. In fact, he was so determined to hire a large crew that he even ordered individuals on the street to assist him. When the complex was finished, it was regarded as the most magnificent structure in the entire region.