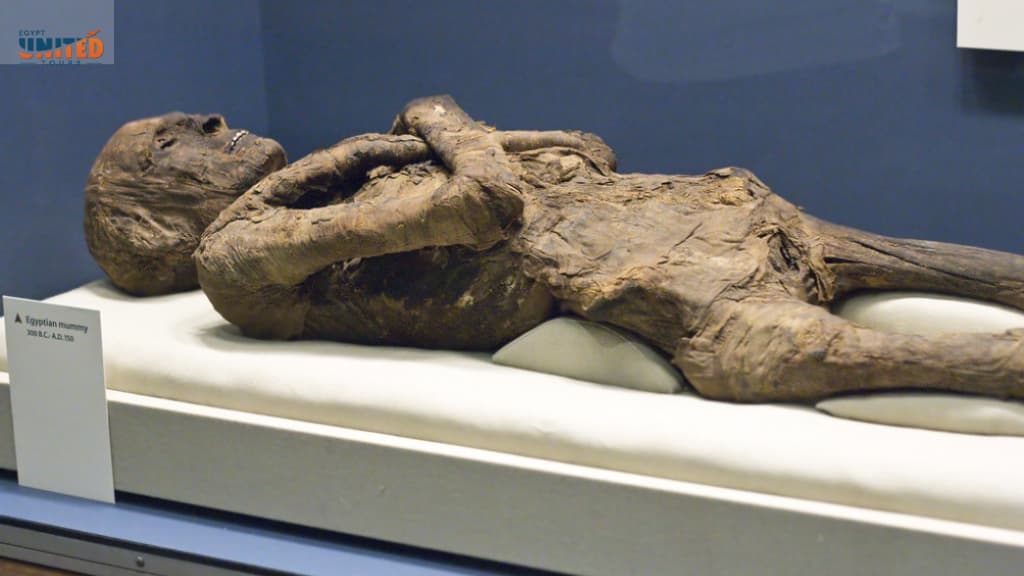 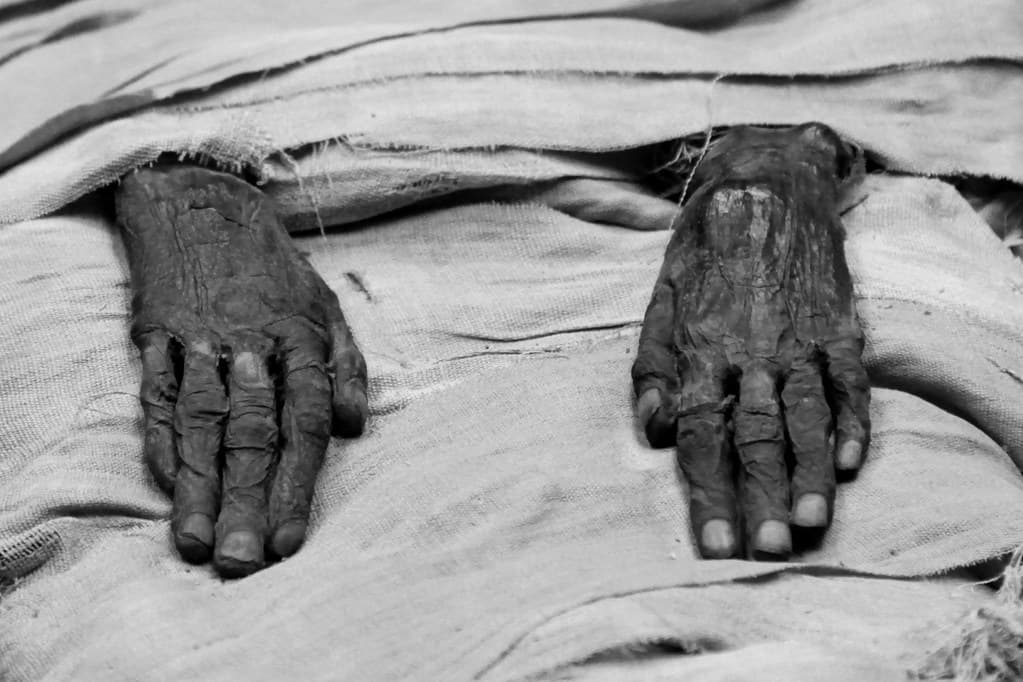 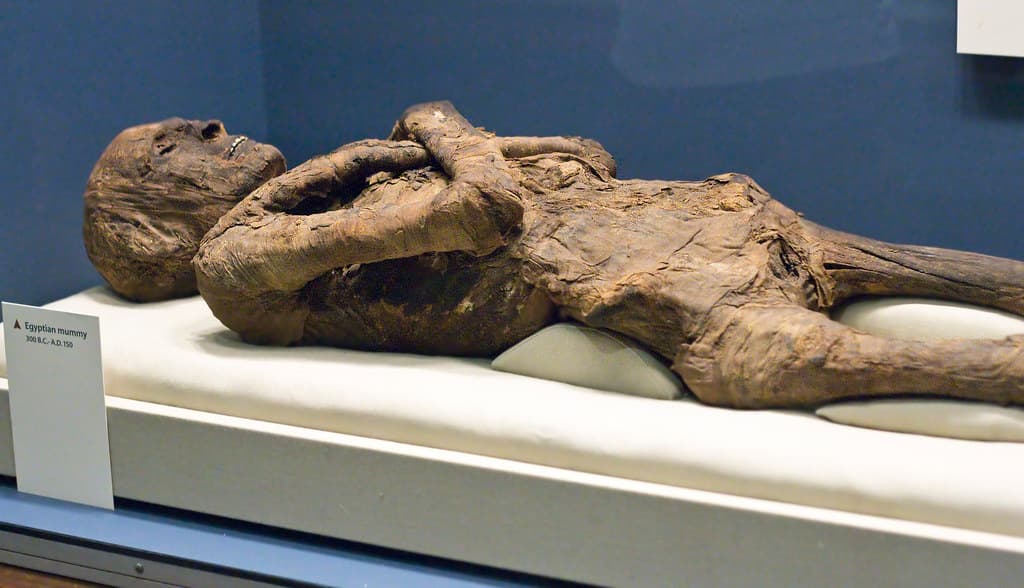 These tools include chisel to break up the brain, the spatula and spoon for internal cleaning, the razor to make an incision on the left side of the abdomen, the scissors, the tweezers, the scalpel to separate and remove the viscera, the internal dry cleaning brush, the needle to cut the abdomen, Natron salt and sawdust that was used as a temporary filler in the chest and abdominal cavities, vessels to preserve the internal organs of the deceased and were formed in the shape of the four sons of Horus, and other tools without which the mummification process would not be completed or completed, besides the Pharaonic amulets for embalming. 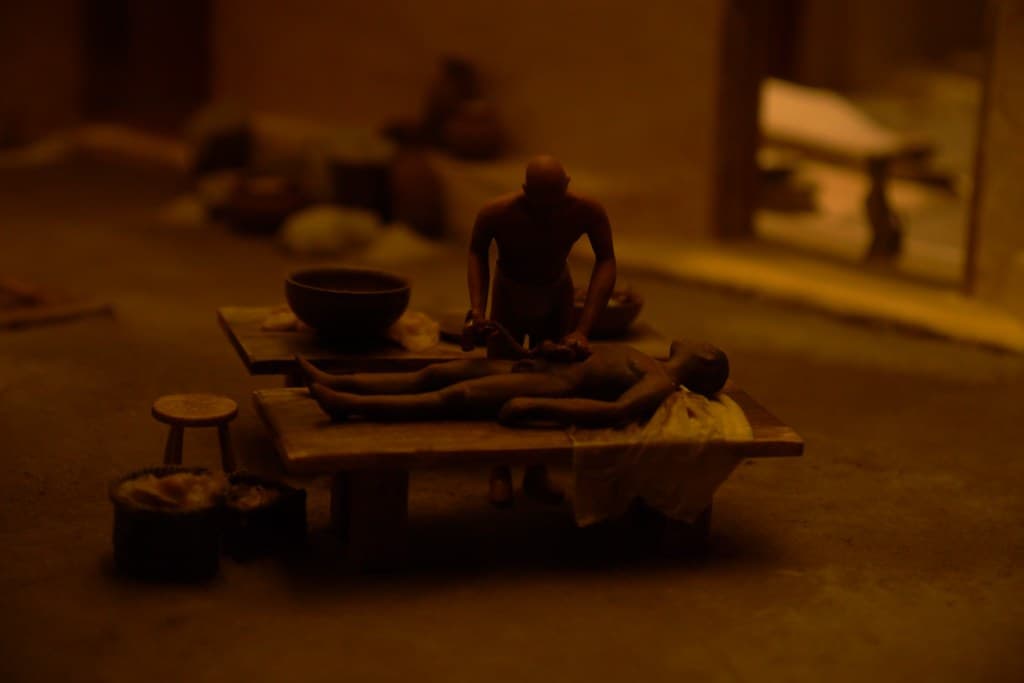 Mummification Tools at the Museum

When seeing all these tools in the Mummification Museum, you will know the usage of each piece by the explanations of the pharaohs themselves, reading the messages that they had written with their hands on the hanging papyrus, that describe the mummification process from placing the body in the mummification bed, and do the whole steps of the process, then doing the funeral procession rituals and procedures that follow from death to burial, and viewing the mission of transferring the mummy by the funeral boat to transport the deceased across the Nile to the western mainland.

Every Egyptian had to use a boat to make the journey of Abydos where the burial place of “Osiris,” the god of the other world; this boat you will see its image is placed on the walls of the tombs, but Mummification Museum in Luxor gives you the chance to see this boat itself in front of you.

It is time to see the mummies with your own eyes. 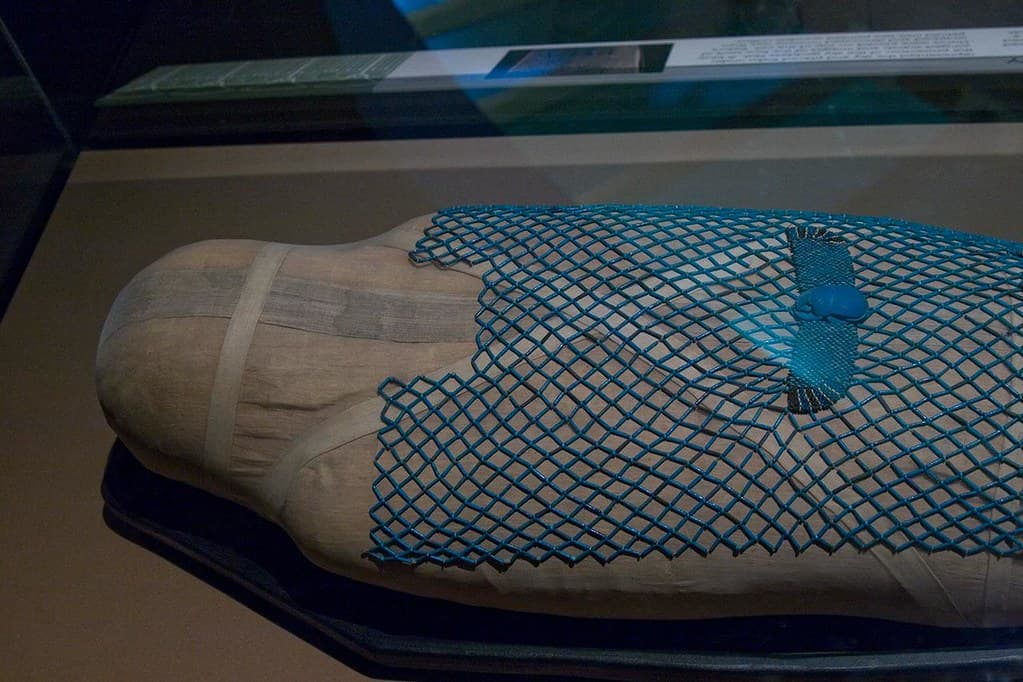 A large number of various mummies of princes, and gods are placed in the museum, including; high priest of Amun Prince Masharti in his coffin, The god “Thoth”, which is the lord of knowledge and wisdom in the form of ibis bird mummy, and a mummy of a monkey in the sarcophagus, and the god Sobek in the form of a mummy of a crocodile that the ancient Egyptians had built Kom Ombo temp for worshiping it.

You will also find the mummy of a white-shell fish found in Esna, the center of its worship, and a statue and mummy of a cat that was symbolized in ancient Egypt as “Bastet, and” The god “Khnum”, who was believed to be forming the human body on a pottery wheel; the center of his worship was in Aswan and represented in the form of a ram mummy covered with a gilded mask. There are also the intestinal boxes of Queen Hotep, the mother of King Khufu. 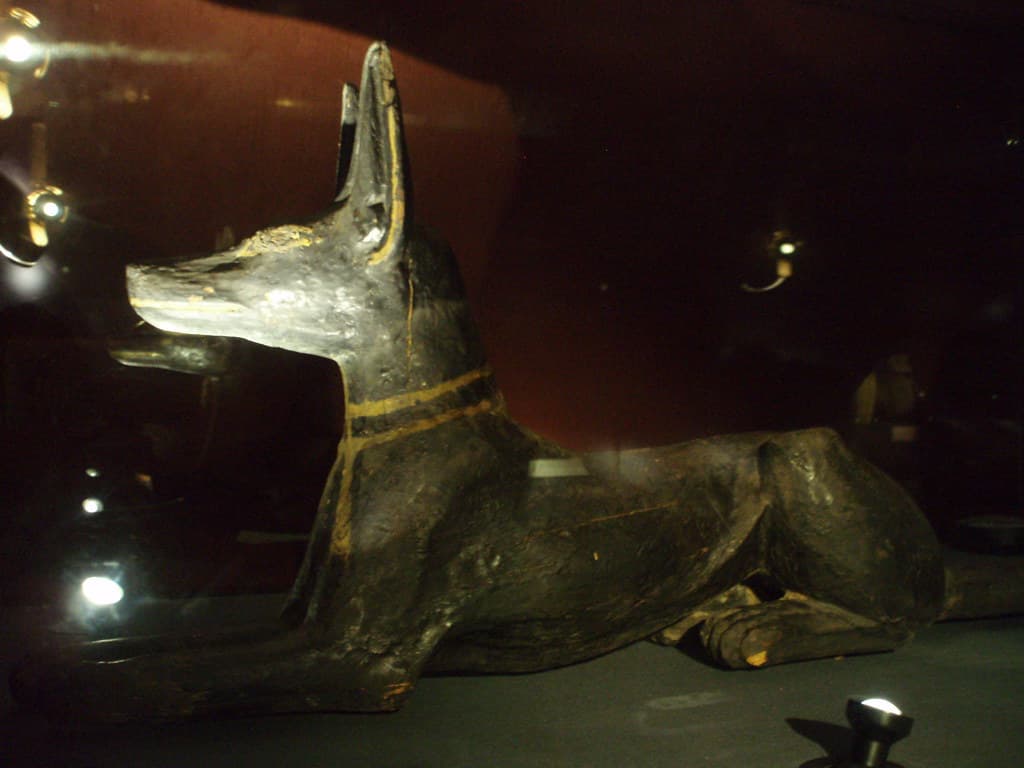 Mummification Museum in Luxor where you live charming time with 150 ancient pharaonic pieces, more than sixty pieces in 19 glass display windows, a lecture hall, and a video explanation room. The museum also displays the sign “the ankh”, the symbol of life, which is believed to be taken from the shape of the sandal straps worn by the ancient Egyptian, and colored wood of the eighteenth family found in the tomb of Amenhotep II in the Valley of the Kings, next to the column “Jed” symbol of stability and continuity, and may have represented The “grandfather” in the Old Kingdom with pillars supporting the heavens, and sometimes it was referred to as the backbone of the idol “Osiris.”

More Info You Need To Know About the Mummification Museum 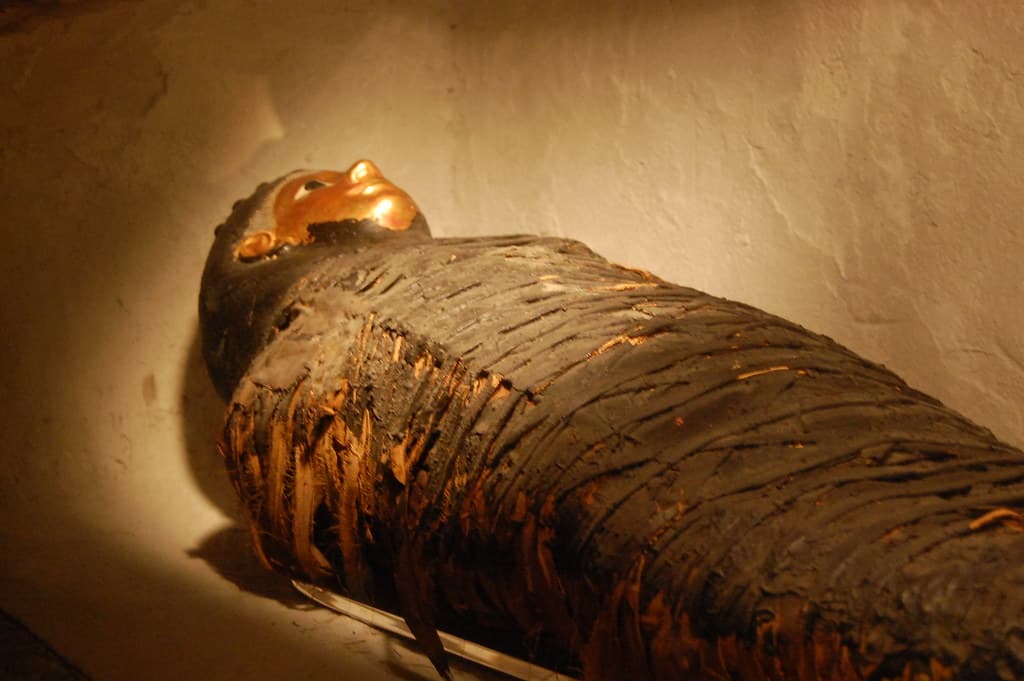 Are there any mummies in museums?

Any reputable archaeological museum must have mummies. Of course, Egypt is home to the best, and Cairo's National Museum contains numerous galleries of them. Mummies can be found in abundance throughout the nation at small regional museums.

Where is the mummy museum located?

In Luxor, Upper Egypt, there is an archaeological museum called the Mummification Museum.

What is the most famous mummy?

King Tutankhamun, sometimes known as King Tut, is one of the most well-known mummies and is said to be 30,000 years old. King Tut, as he is famously known, was an Egyptian pharaoh of the 18th dynasty who perished at a relatively young age. He ruled for over ten years. His demise and final moments are still a mystery to the world.

Buddhist religious authorities forbid self-mummification today, but it has been a tradition at least since the 12th century, and there are currently at least 24 recorded examples of these mummies.