Nothing will be more enjoyable than taking a boat with your family or friends to sail via blue water and see gardens that carry great history. Welcome to Montazah Palace, where you can do marine activities like waterskiing, snorkeling, diving, or even just chilling out in front of the ocean to enjoy living like the Mohamed Ali royal family that ruled Egypt.

While you walk through the attractive sandy cove with stunning beaches as Montazah contains five beaches: Aida, Cleopatra, Vanessa, Semiramis, and the private beach of Helnan Palestine Hotel, and with an eccentric Victorian-style bridge, you will realize how the royal family spent their relax times on their summer trip. 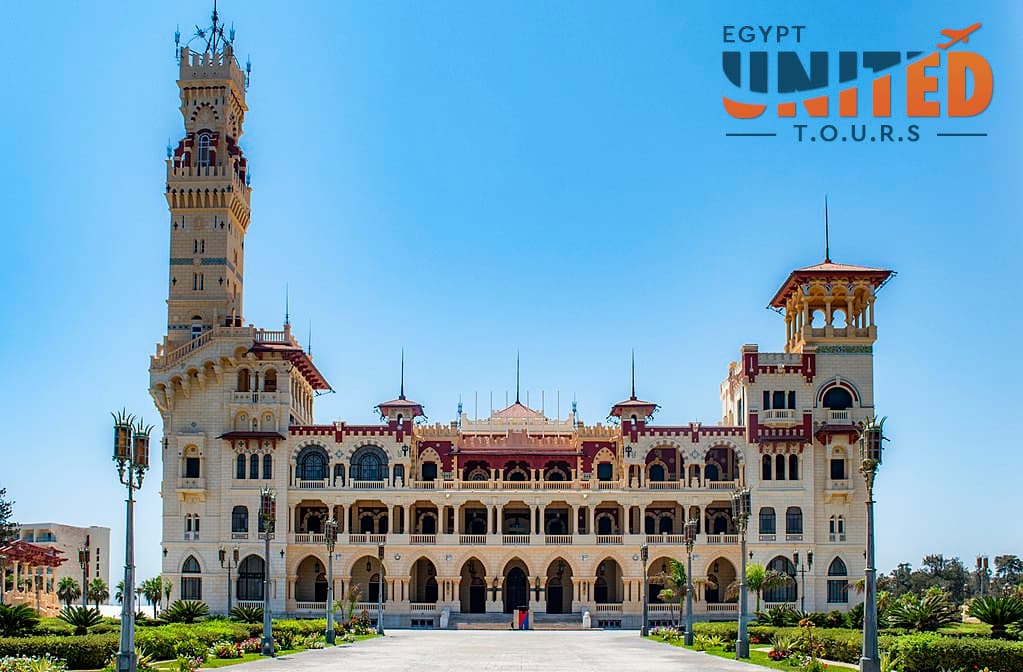 At this point, when enjoying viewing the Antique trees and rare flower with the accompany of wonderful weather, you will know why exactly Abbas Helmy II, the last Khedive of Egypt and Sudan, pinpointed this place for his summer times and built his great complex, Montazah Palace.

The Story Of Building Montazah Palace

One evening in the summer of 1892, Khedive Abbas Helmy II fell in love with that area on the eastern edge of Alexandria city, as he used to ride horses and donkeys with the accompany of his friends to start his ride from Sidi Bisher, that locates in the west of the city of Alexandria, and then rode to different places along the Mediterranean.

When arriving at the Montazah area, it had a special impact on the Khedive. So, the next day he ordered that 80 donkeys be prepared for him and his companions to ride and to walk in the desert along the seashore –the same place of the previous night- accompanied by playing Khedive music.

The more the procession went, the more the Khedive became impressed with that region, with its beautiful tongues that enter the sea and the way the water seeped between its rock folds in a magical chirp.

He went deeper until he reached a specific spot located between two outcroppings with a small island to its north, where he decided to build his specific palace and some gardens there, which are Montazah Palace Gardens now. Yes, that is the same amazing you will feel there.

It became one of the architectural masterpieces that have mixed between classic and gothic architecture, in addition to the Italian and Islamic styles. In the front of the palace, established kiosks for music concerts.

On the top of one of the two outcroppings, there were old cannons belonging to Mohamed Ali, who put them there to protect the north coast of Egypt and Alexandria. So, Khedive Abbas Helmy II kept them in the same place where he built the Salamlek Palace in front of it.

On top of the other outcropping, there was a center for coast guards, which the Khedive bought from the Egyptian government, where he built the Haramlek Palace. Not just what Khedive bought, but he proceeded to expand the place of his complex, so he bought the house of Sinadino, a rich Alexandrian tradesman, and added the land to his complex, in addition to lands from people living in the area.

The summer resort reached around 360 acres in size. Helmy II followed the construction of the two palaces himself, and he named the whole complex, with the gardens Montazah Palace, the name that was suggested by Mahmoud Shokry Pasha, who was the head of the Turkish Divan in Egypt.

A Heaven On the earth with spacious gardens estimated at 370 acres are planted with rare flowers and trees. That is how Montazah Gardens seem.

You will find in it an island that links to the beach through an Italian-Gothic bridge that ends with a lighthouse that guides ships and yachts to Montazah Bay, where King Farouk’s yacht, “Al Mahrousa” anchored.

Natural pools were designed for the king and princesses within the waters of the Mediterranean that still exist today.

The condition of Montazah Palace After Khedive Abbas Helmy II

After the death of Abbas Helmy II, the royal family took care of the Montaza complex. For example, in 1934, King Fouad established the royal greenhouse, which includes the rarest shade plants still in existence today, with an area of ​​3 thousand square meters and containing tropical plants, and it has been preserved for more than 75 years.

In addition to a number of other important plants, including cantia, giant potatoes, zamia, criota or fishtail palm with green leaves, and large plants such as sagittal anthurium, red, elephant-elephant, hockey, aralia, victoria, and rubella.

King Farouk also built the famous Montazah Palace in the early forties with an architectural style the same as the other royal palaces were built. Perhaps the most famous feature of it is the clock tower, from which four golden statues of King Farouk emerge when the clock ticks.

Then the Egyptian revolution of 1952 took place, and the Montazah Palace and its gardens are owned by the government now, which has opened the gardens to the public, and the Salamlek Palace has transformed into a museum until it has added to the presidential palaces, which serve as a hosting place for the president’s visitors.

The Lonely Hotel In Montazah Palace

The Helnan Palestine Hotel which was built in 1964 is considered one of the most famous Egyptian hotels not only because of its location but also because it is the only hotel that was built inside one of the royal palaces whose ownership passed to the Egyptian government after the revolution of July 23, 1952.

The “Helnan Hotel” faces Al-Jazeera Bridge and Fanar Al-Montazah. The hotel lobby welcomes you with light music in harmony with the picturesque nature surrounding it from every side.

These melodies accompany you from your arrival at the hotel entrance to the room of your choice. In the lobby of the hotel, you meet a mural that tells the history of Alexandria carved with the god of the seas, Poseidon, and the bride of the sea, in addition to paintings handcrafted with great craftsmanship.

We are waiting for you in Egypt

Who lived in Montazah palace?

It was one of the palaces belonging to the previous Egyptian royal family, which included Muhammad Ali's descendants. It was situated in Alexandria, Egypt.

The Salamlek Palace was the first structure on the expansive Montaza Palace grounds. It was constructed in 1892 by Khedive Abbas II, the final monarch of the Muhammad Ali Dynasty to wield the title of Khedive over the Khedivate of Egypt and Sudan. It served as his companion's home and a hunting lodge. 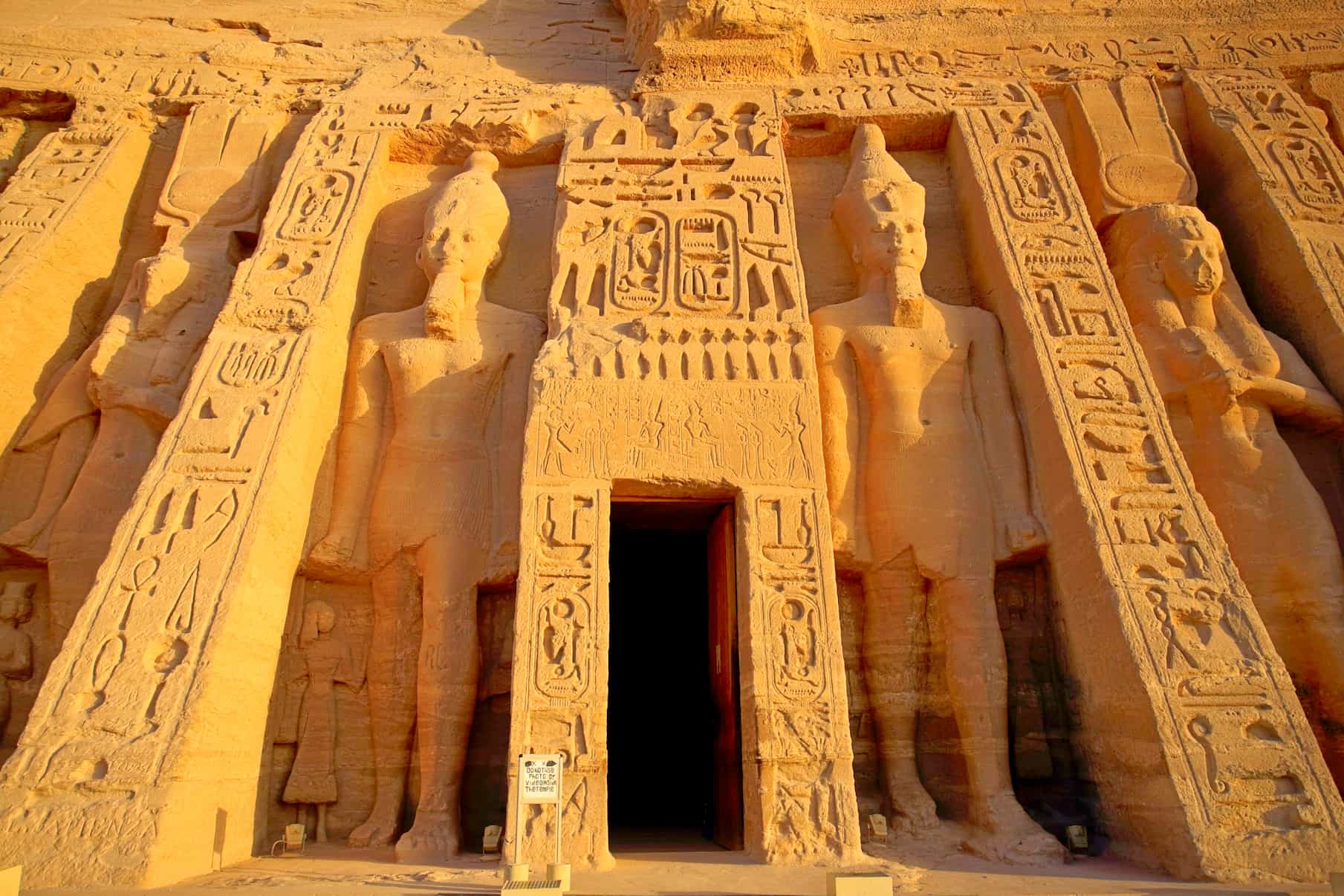 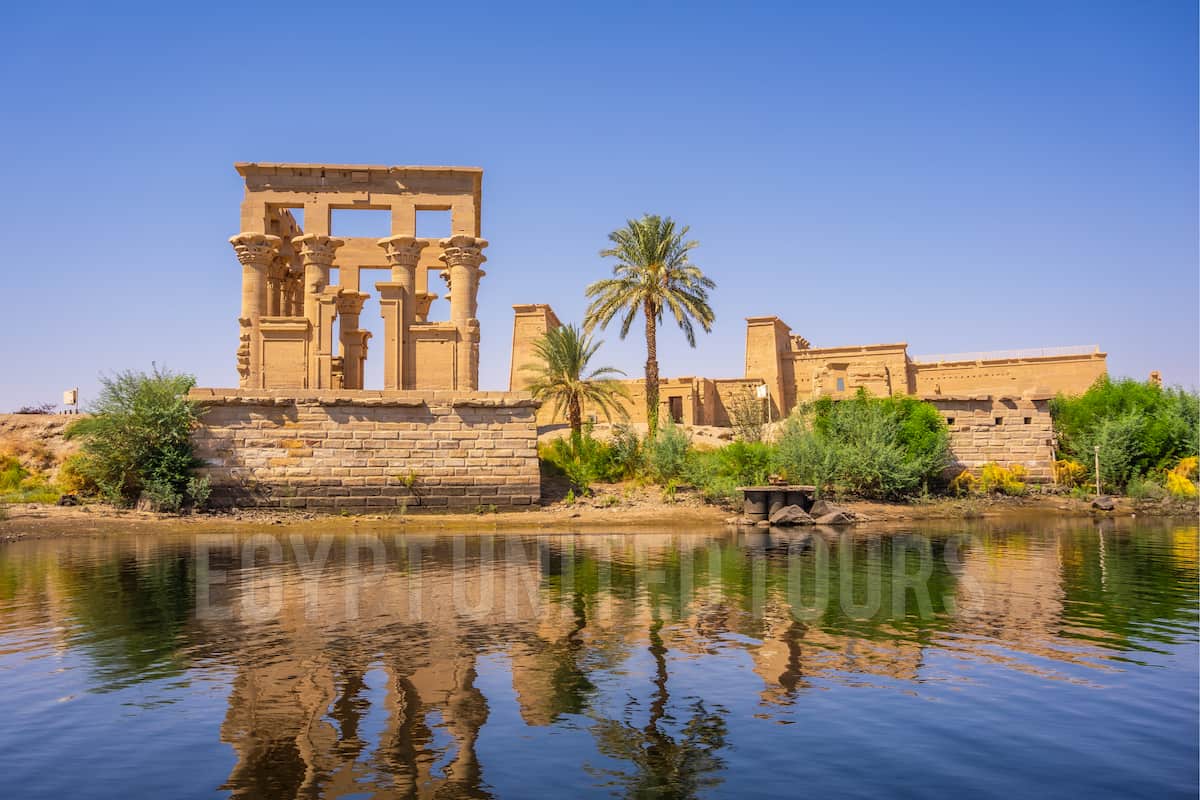 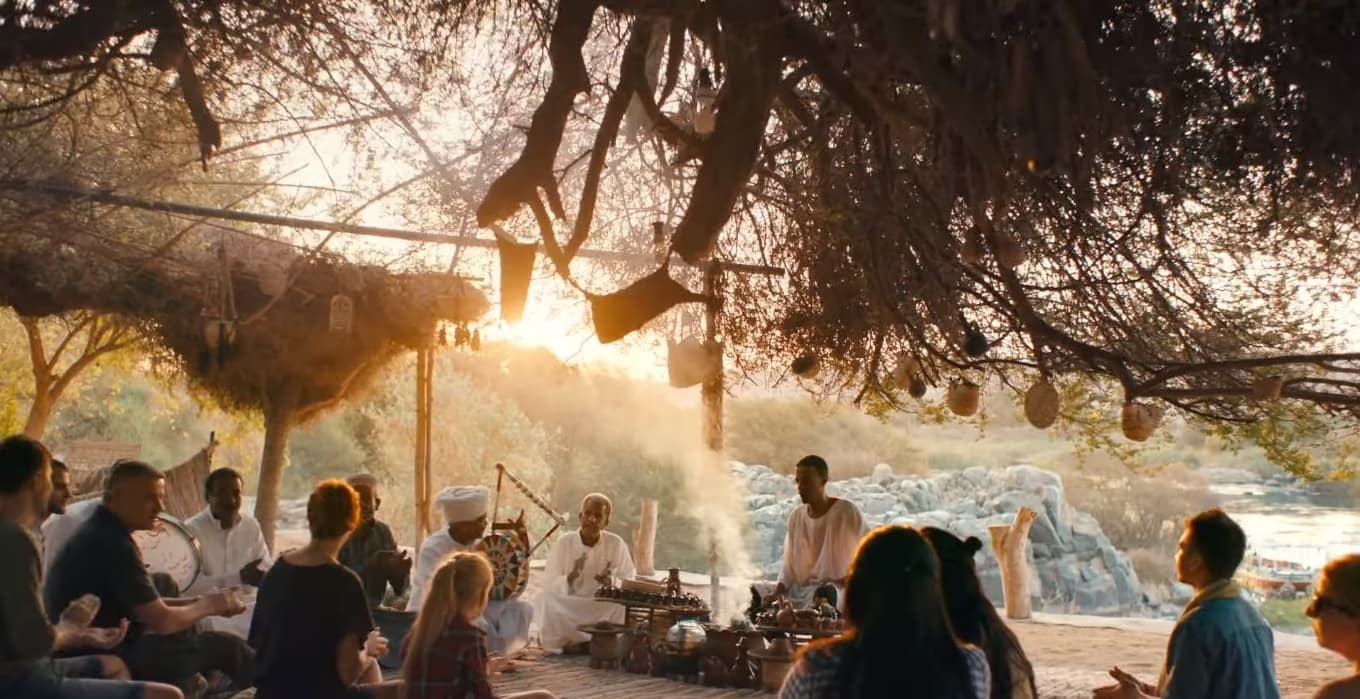 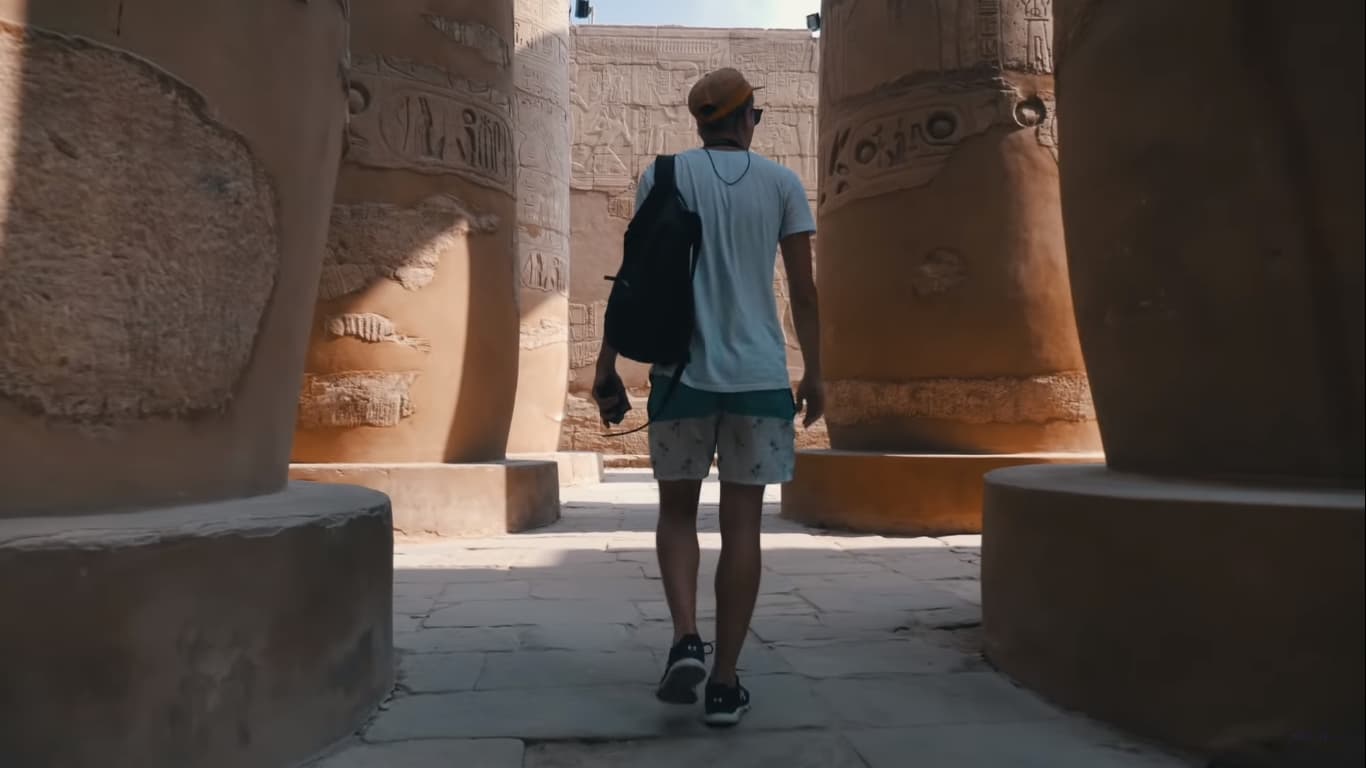