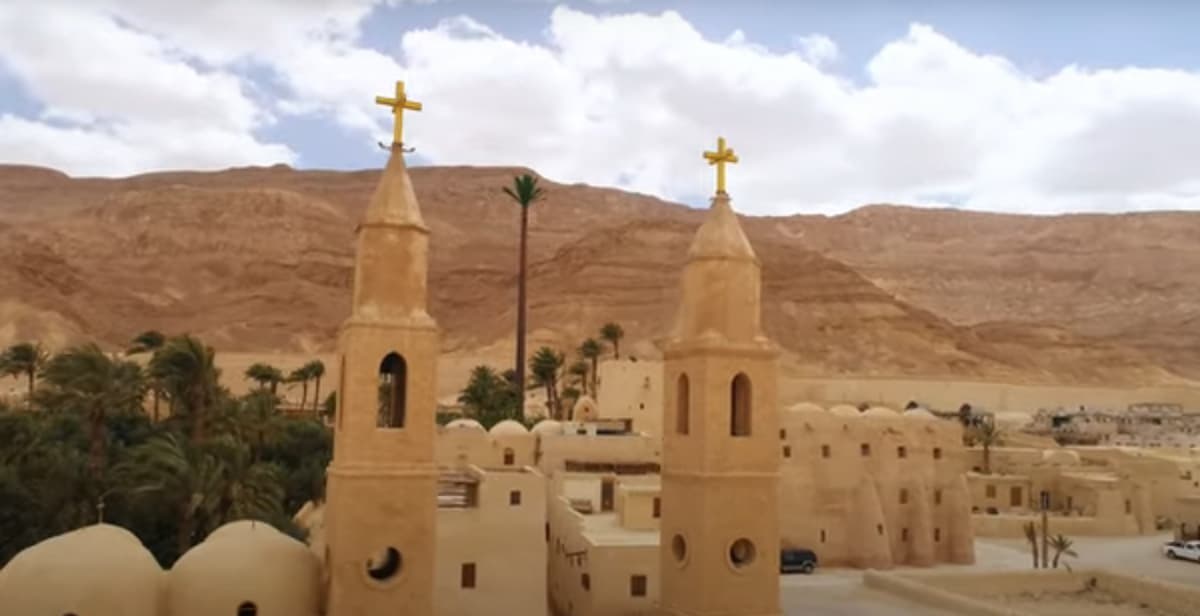 Firstly, Saint Anthony was a Christian saint who was born in Lower Egypt in 251 AD to a wealthy family. He was adopted when he was eight years old. The majority of what we know about him comes from Athanasius of Alexandria‘s biographical book, Vita Antonii. Anthony is shown in this biography as an uneducated and saintly guy who got an absolute connection to heavenly truth through his existence in a primal terrain. The words he heard from Mark, telling him to give up everything of his possessions and seek God, were the catalyst for St. Anthony dedicating his life to God and the church.

Then, Anthony gave away all of his property and material goods when he was 34 years old, and he set off for the Eastern Desert in search of a life of humility, seclusion, and mental reflection. Also, Saint Anthony took the things he heard literally, and it was this that drove him into the desert to live an ascetic life. He took up residence in a small cave and practiced asceticism. Despite the fact that St. Anthony was not the first monk, he drew a large following and is considered one of the forefathers of modern Christian monasticism.

Saint Anthony’s followers gathered around the hermit’s residence a few years after his death. During the reign of Constantius Chlorus, the Monastery of Saint Anthony was established between 298 and 300.  in addition, it is followers built only the most basic structures in the original village. However, Isolation was highlighted. They were imprisoned in solitary cells encircling a community worship center where they performed the Divine Liturgy. They ate their meals in a simple refectory. [4] As time went, the emphasis on asceticism faded, and St. Anthony’s disciples began to form deeper bonds in order to enhance safety, convenience, and mutual fellowship.  Also, an Antonian monk’s existence gradually changed from one of solitary austerity to one that allowed for community activities.

Finally, the modern monastery has gardens, a mill, a bakery, and five churches, making it a self-contained hamlet. Paintings depicting knights in vivid colors and hermits in more somber tones cover the walls. Soot, candle grease, oil, and dust have worn down the wall paintings throughout the decades. on the other hand, the paintings have been restored thanks to a collaboration between the Supreme Council of Antiquities and the American Research Facility in Egypt. Also, the monastery’s oldest paintings come from the 7th and 8th centuries, while the most recent are from the 13th.

How old is the Monastery of Saint Anthony?

Saint Anthony's Monastery, one of the oldest monasteries in the world that has supported a community of monks for for 2,000 years, is tucked away in Egypt's Eastern Desert close to the Red Sea.

When was the Monastery of St Anthony built?

During Constantius Chlorus' rule, between 298 and 300, the Monastery of Saint Anthony was constructed. Only the most fundamental structures were built by his followers in the first village.

Are there monasteries in Egypt and where are they?

Where did St Anthony of Egypt live?

Paul of Thebes, Anthony started living an ascetic lifestyle when he was 20 years old. After 15 years, he withdrew for complete seclusion to the mountain Pispir (now Dayr al-Maymun), where he resided from around 286 to 305.