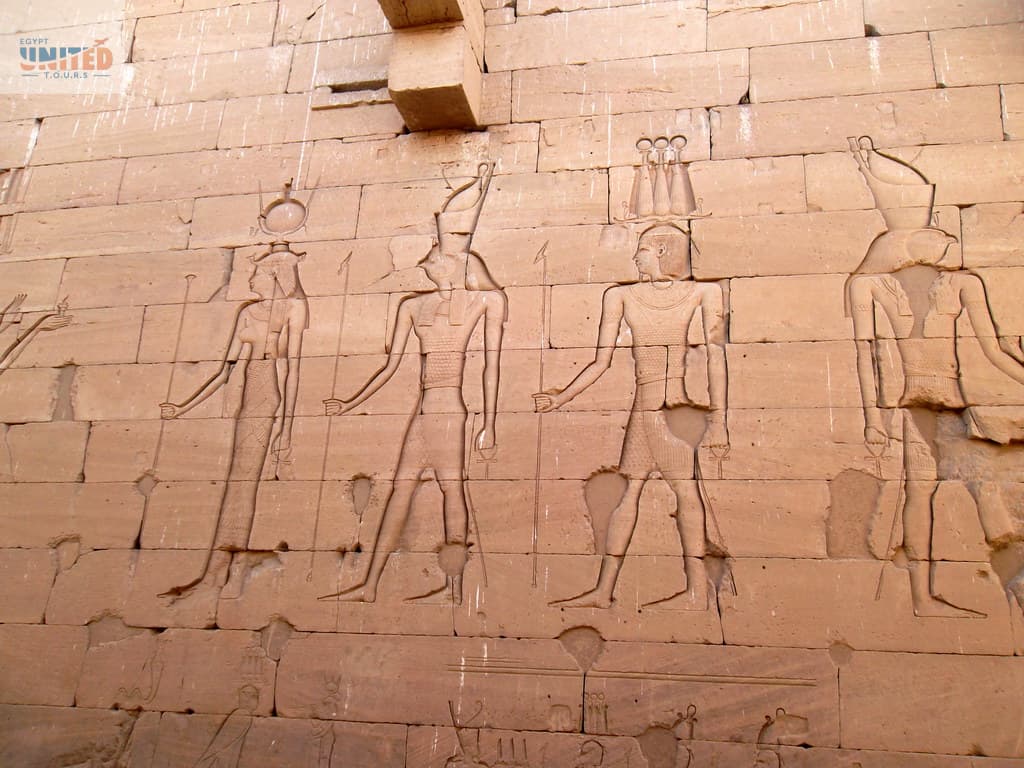 How Kalabsha Temple de Mandoulis Will Take You From The Pharoahnic Era To Be Under The Rule Of Romans. 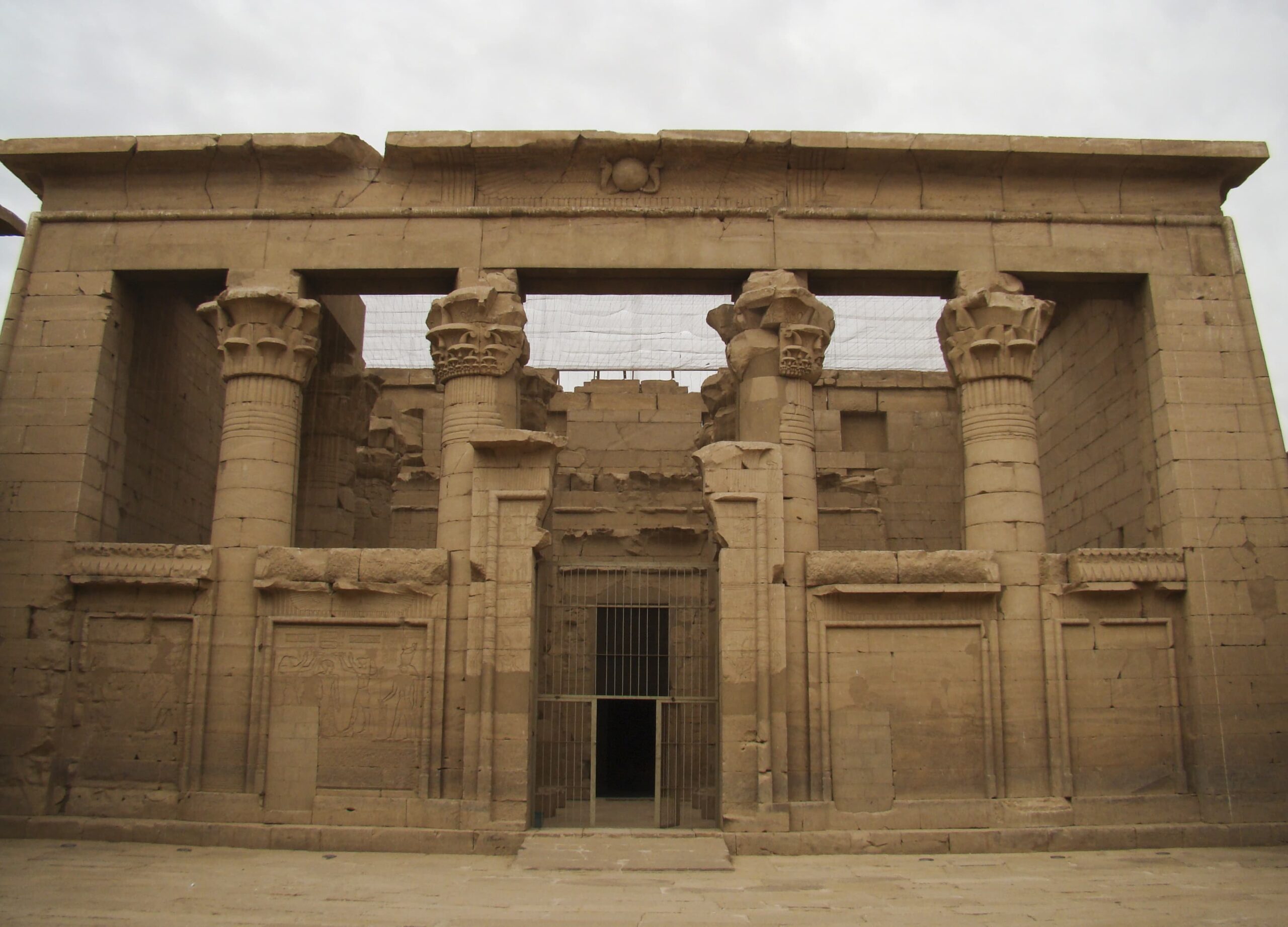 On the ruins of King Amenhotep III temple, a splendid Ptolemaic construction begun to build, which was completed in the Roman era under the rule of the Roman Emperor Augustus. Just walk to the astonishing stone causeway that will lead you from the sacred lake to the Kalabsha Temple de Mandoulis, which is considered a time gab you will enter to witness majestic buildings that will drive you back to pass through the pharaonic period to the Ptolemaic era till arriving at the Roman time. Once placing your feet in the first pylon of the temple of kalabsha, you will begin your impressive tour, living amid these historical years.

You will find an open courtyard, the hall of the Holy the holiest, and a rock hall to enter, seeing yourself in the reign of King Ramses II inside the temple of the Wali House. Also, the Jurf Hussain temple will take you to the same period. These temples are located inside the Kalabsha Temple de Mandoulis. 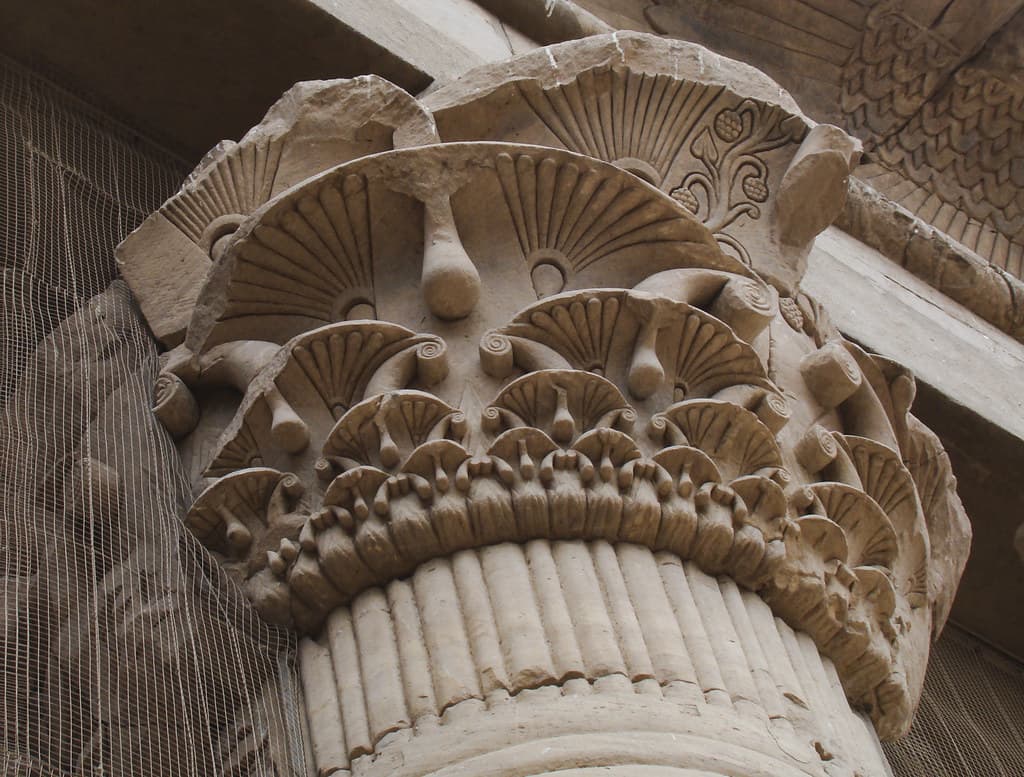 A chamber in the heart of the Kalabsha Temple de Mandoulis will push you to the Greco-Roman era in the ancient civilization of Egypt, while there is a room carved into the rock stone and contained a courtyard with granite stone columns and pharaonic inscriptions on the columns; it is the chamber of the Nubian god Dedon. 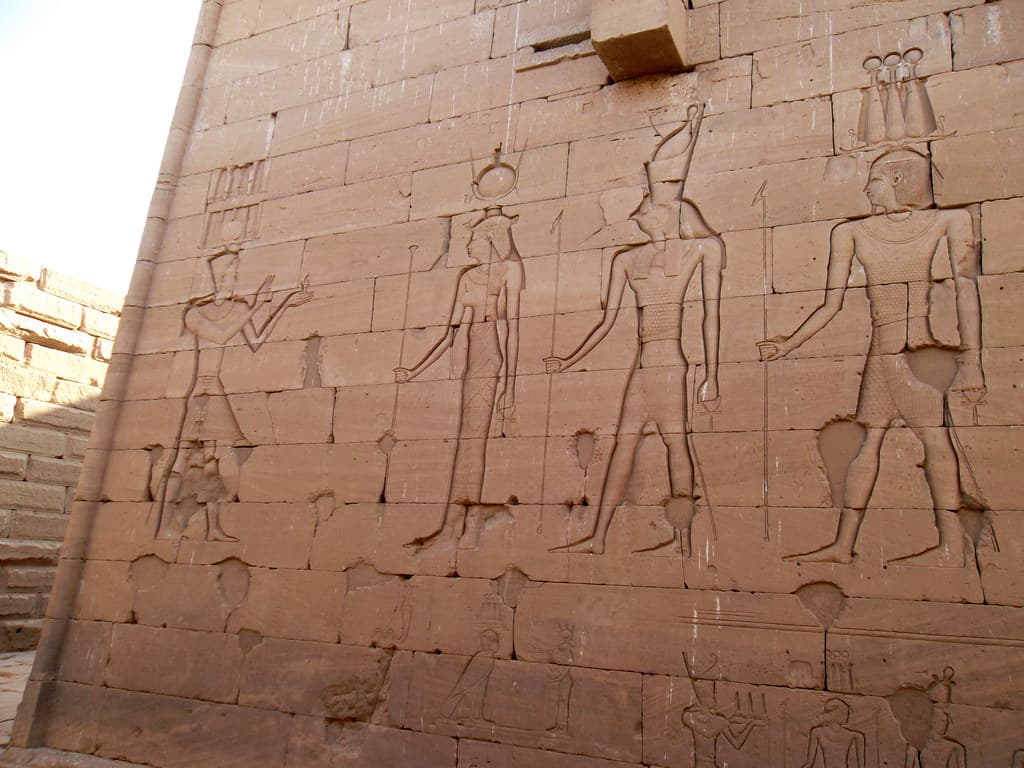 You will be amid the small funerary temple that Amenhotep III had built, seeing how Amenhotep II completed the temple, then witnessing how The Ptolemaic kings were interested in building columns and a large courtyard, to arrive at the full construction you will see now that was built by Emperor Augustus completely who rebuilt the temple in its present form. About drawings and engravings that are at the entrance to the main gate they are attributed to the Roman Emperor Gaius.

When you cross through the large gate of the temple of kalabsha, which is with a height of 9.70 m, and at the top of this gate, there are inscriptions of the sun disk and drawings of King Ramses offering offerings to the goddess, to be in great pylon to the colonnaded court, finding the eight-columned hypostyle hall, you will see the history embodying towards your eyes as the walls are covered with vibrant inscriptions that will get you the chance to witness various emperors or pharaohs while are in the presence of gods and goddesses. You will also see engravings on the hills of King Ramses II during the wars and military battles that he was leading. 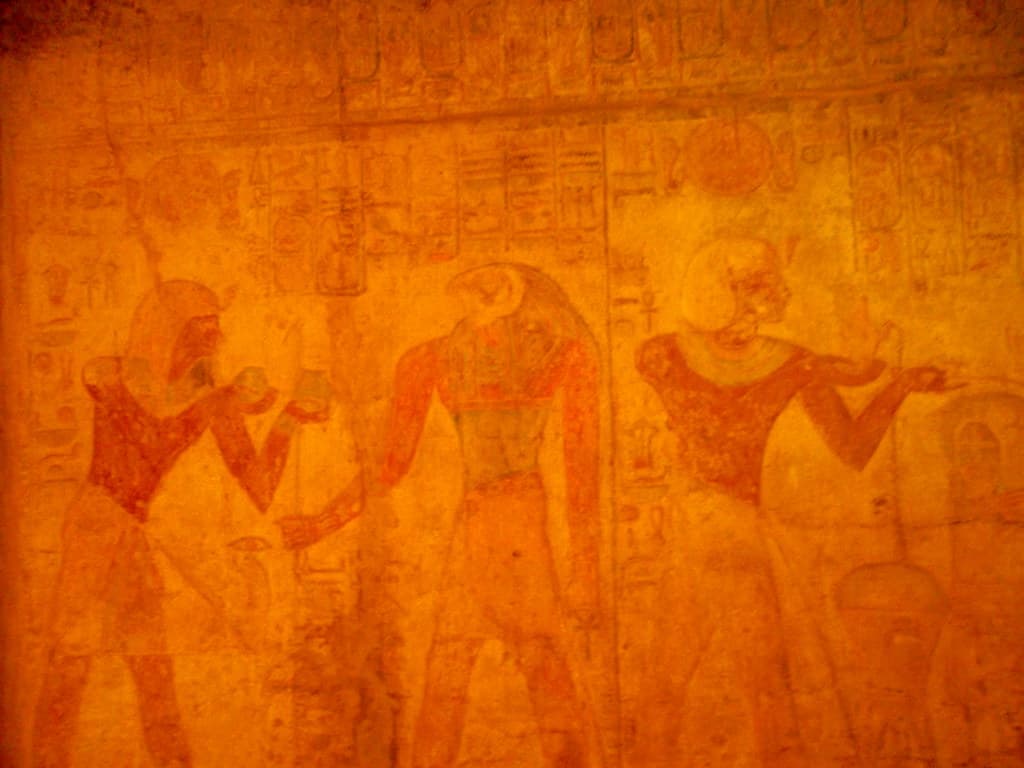 The sanctuary that is located beyond this hall will attract you to complete your way amid history in three chambers; while you live this impressive time, a staircase from one chamber will allure you to be curious and need to know where these steps, which built by the hand of history, will lead you. When you arrive at the last step at this staircase, you will be on the roof, seeing magic view as you stand in the middle of magnificent history while the superb views of Lake Nasser, the largest human-made lake in the world, and the High Dam in front of you.

An inner passage will appear for you between the Kalabsha Temple de Mandoulis and its encircling wall to enter it, asking yourself in confusion for what this scent of history that you track will lead you to find yourself seeing a well-preserved Nilometer finally.

While you are immersed in this unique architecture that combines the Pharaonic, Ptolemaic, and Roman, you will see Coptic inscriptions that will surprise you, and at that time, you will realize that this temple has been transformed into a church during the Coptic era.

The Kalabsha Temple de Mandoulis was located about 50 km south of Aswan, at Bab al-Kalabsha, before it was

transferred to the west bank of the Nile River in Nubia, it was moved after the construction of the High Dam, and the process of relocating it continued within two years with the support of the German government, and the Unesco efforts, to be the first stop for any cruise on Lake Nasser.

It was built in 30 BC, in the early Roman period.  It is the second largest of the Nubian temples after Abu Simbel, and it is one of the most important temples of the unique Nubian architectural style.

The temple is similar in its layout to the layout of the Egyptian temples in the era of the modern state, so the front of the temple consists of a pylon with an entrance in the middle leading to a front courtyard, and the courtyard leads to the hall of the masters (columns) and to the back of this hall, we find two corridors leading to the Holy of the Holiest, which the sun is perpendicular to it twice a year, on the 14th of February and the 29th of October,  and the temple is surrounded by a corridor, which its southern part includes a well with a staircase leading to a hall.

As for the Mammisi, which was dedicated to the worship of the goddess Isis, it is located to the southwest of the temple, and there is also a shrine built during the reign of King Ptolemy IX and is located to the north of the Kalabsha Temple de Mandoulis.

If you do not visit the Kalabsha Temple de Mandoulis by the Nile cruise,  you will find a motorboat on the western side of the High Dam that will take you to sail in this magical water that reaches out to take you to a great history.

Why was the Temple of Kalabsha built?

A Roman Period Egyptian temple dedicated to Mandulis, an old Nubian sun god, is called the Temple of Mandulis (also called the Temple of Kalabsha). On what was apparently the site of an ancient temple from the New Kingdom of Egypt, Emperor Augustus built it in 30 BCE (c. 1570-1069 BCE).

When was the temple of Kalabsha built?

The Temple of Mandulis, often referred to as the Temple of Kalabsha, is an Egyptian temple from the Roman era constructed as a tribute to Mandulis, an old Nubian sun god. Around 30 BCE, Emperor Augustus likely built it on the site of an older temple from the New Kingdom of Egypt (c. 1570-1069 BCE). 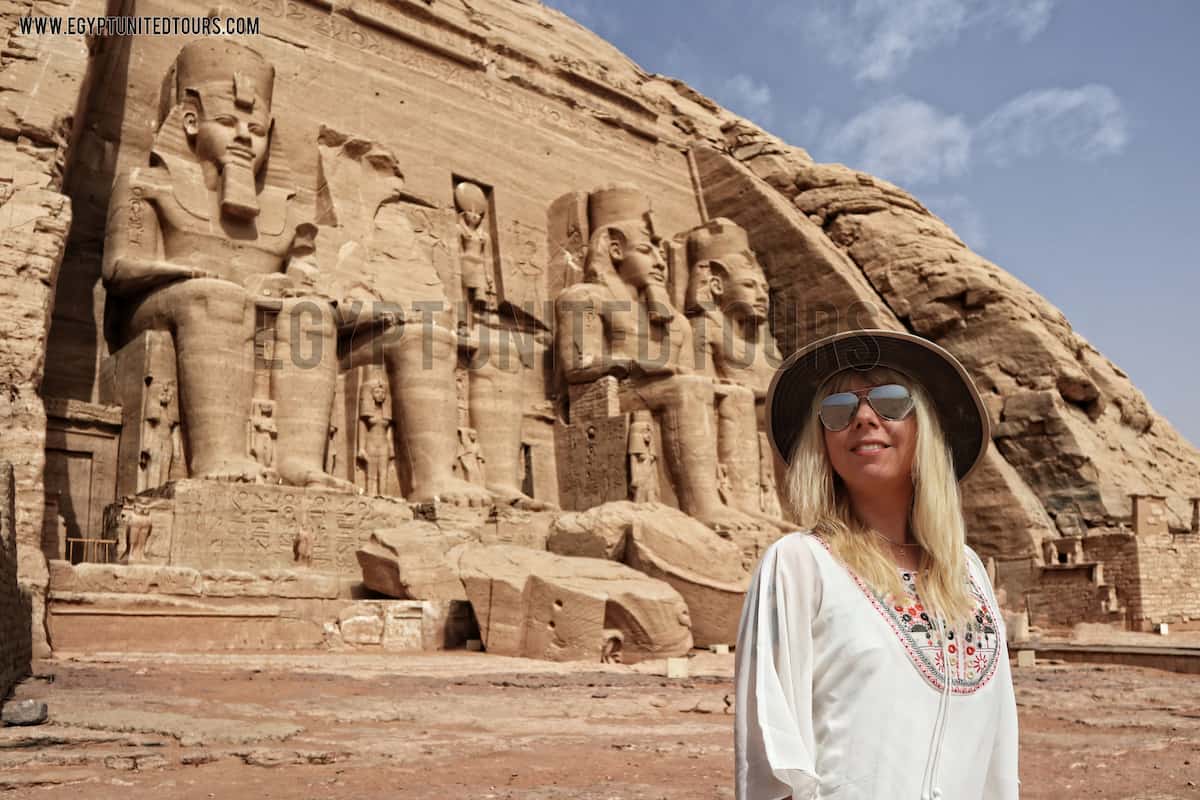 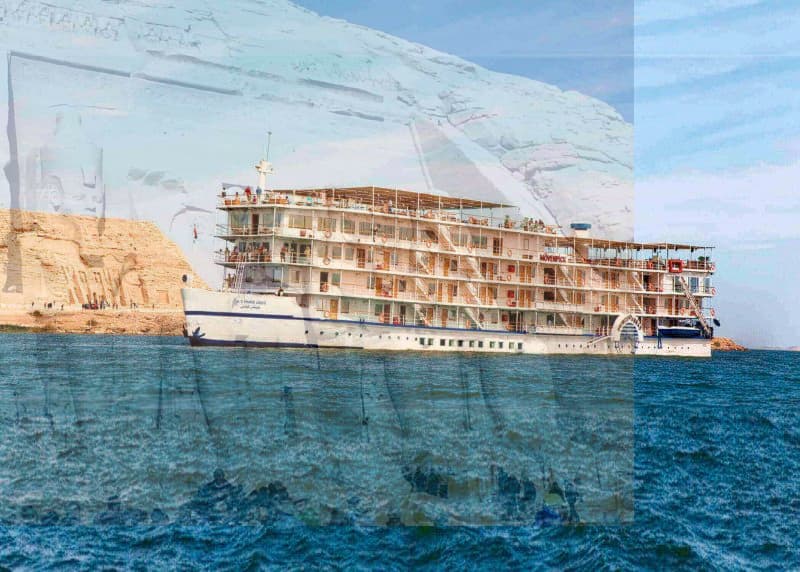 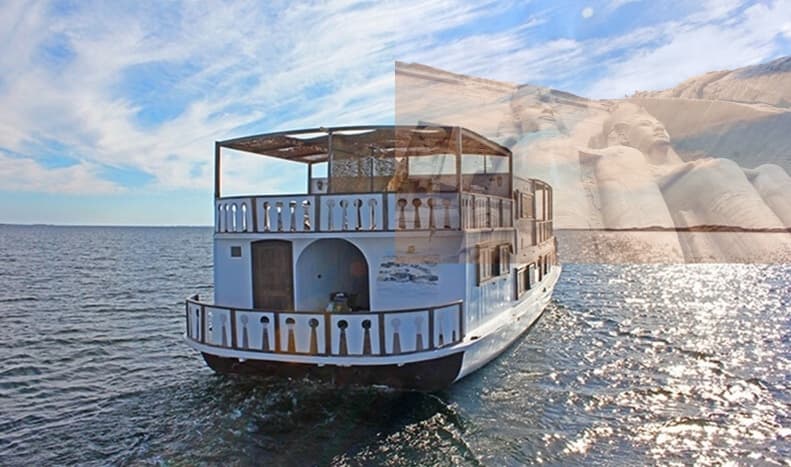