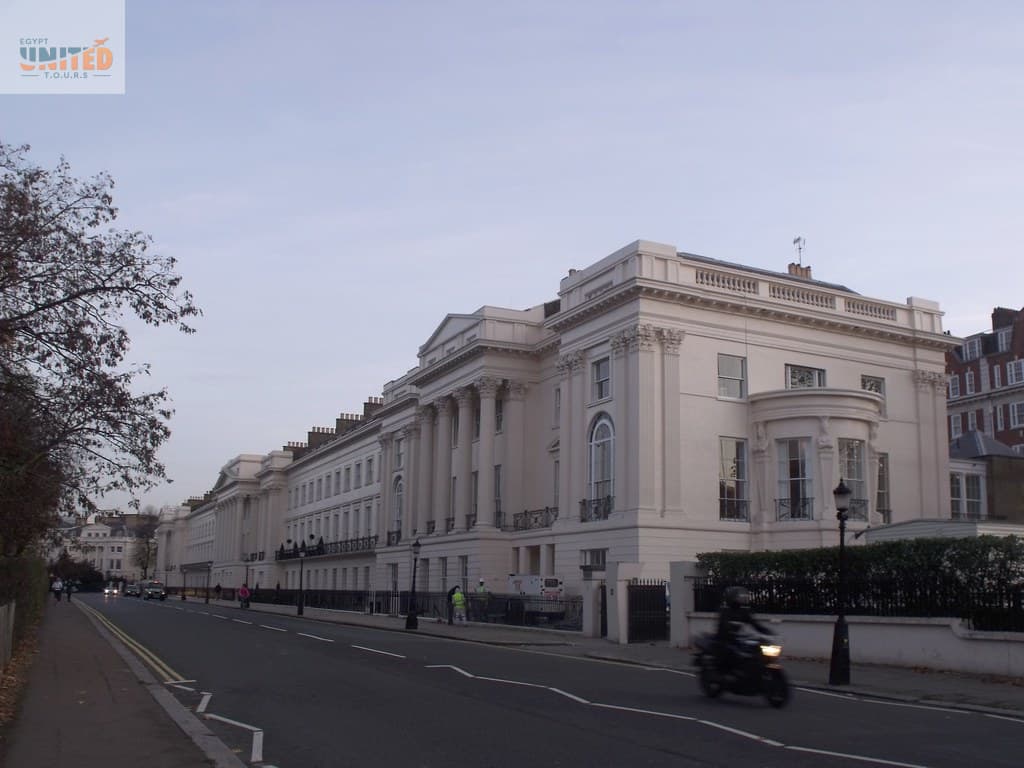 Egypt United Tours › Graeco-Roman Museum
Contents [ Show/Hide ] ▼ Show
1 Graeco-Roman Museum
1.1 It is the time to live the charm of the history, placing your feet among the eras in the Graeco-Roman Museum
1.2 More Description to the Graeco-Roman Museum
2 Let’s Travel Via the Eras in The Graeco-Roman Museum
2.1 Hall 1,2,4,5 will transport you to the Coptic era
2.2 While you move via Coptic Periods, transporting from the Second Hall to 4th hall, a dazzling treasure will shine in your eyes at the 3rd hall
2.3 While you wander around the museum, a historical voice will come from Hall 6. It is a familiar sound, as it is the one who ordered the creation of all this greatness that you will see on the land of Alexandria.
2.4 Hall 7 will take you inside many periods
2.5 The surprise of the Hall 8, bodies come from history to accompany you today in your suspense tour inside their majestic eras
2.6 Egyptian and Greek gods are surrounding an obelisk amid pharaonic Greek Inscriptions In Hall 9
2.7 The dazzle of John Antoniadis treasure is located in Hall 10
2.8 Had there any changes and developments in the Pharaonic architecture in the Greek era, Hall 11 answers?
2.9 What will you find in Hall 12 at the Graeco-Roman Museum
2.10 How will be You Tour inside the 14, 15, 16, 17 Halls in Graeco-Roman Museum?
2.11 Daily Greek and Roman life and details of various events and feasts will be lived in Hall 18
2.12 On the mosaic floor, you can walk to Roman art in Hall No. 19
2.13 The alluring Monuments inside 20, 21, and 22 halls
3 Info You Need To Know About the Graeco-Roman Museum. 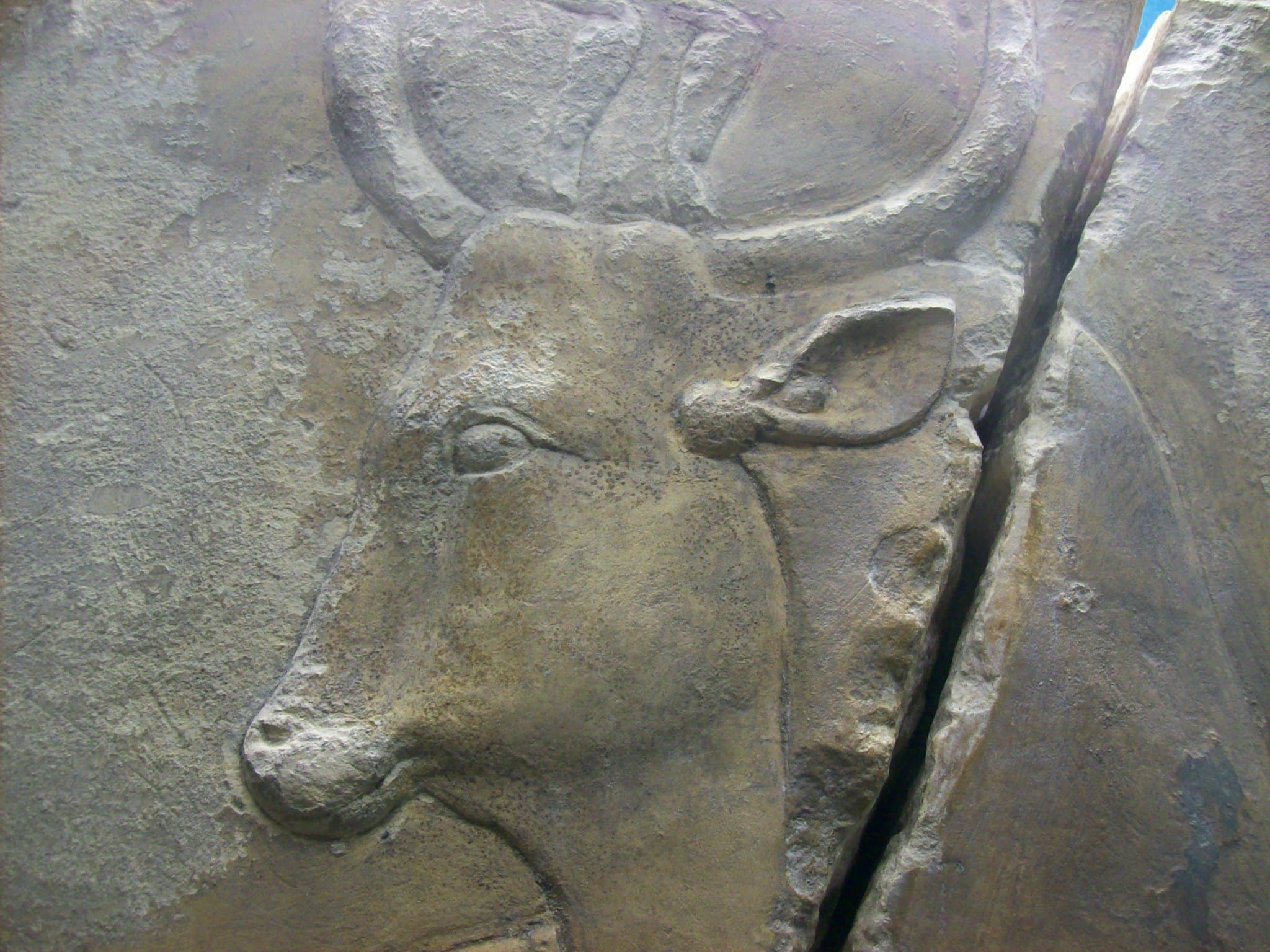 the Graeco-Roman Museum by Tony Grist

For centuries a wide range of wonderful monuments vanished under the land of Alexandria, the city that was the capital of Egypt for about ten centuries since its construction during the reign of Alexander the Great, and his successors the Ptolemies and the Romans until the Islamic era of Egypt in the middle of the seventh century AD, but the year 1892 AD had come with another opinion, establishing the Graeco-Roman Museum.

It is the time to live the charm of the history, placing your feet among the eras in the Graeco-Roman Museum

Today at one spot, which is Graeco-Roman Museum, you can walk through the eras, witnessing the majestic history, crossing from the third century BC to the third century AD, living the Ptolemaic and Roman eras as well as the Coptic period, by wandering 27 exhibition halls, where you meet unique artifacts and rare manuscripts that are ready to take you to the travel back to these eras even arriving at the pharaonic era. That is how Graeco-Roman Museum is a captivating record of the civilization.

So, Graeco-Roman Museum visit means to prepare your soul to be in the heart of the historical eras and the succession of its great events in the venerable Egyptian civilization, living time with hundreds of precious antiques that will push you amid historical periods to live with the Greece minutes then cross through another antique that will take you to be in the middle of the Romans while your feet stands in the land of Graeco-Roman Museum, the excellent condition of the antiquities that you will see as if they have just been carved will transport you to this atmosphere.

In the accompanying of Alexander the Great, Julius Caesar, Marc Antony, and Cleopatra, you will walk around the sides of Graeco-Roman Museum till arriving at the only existing replica of the Pharos Lighthouse to find you in the presence of the greatness of one of the Seven Wonders of the Ancient World. 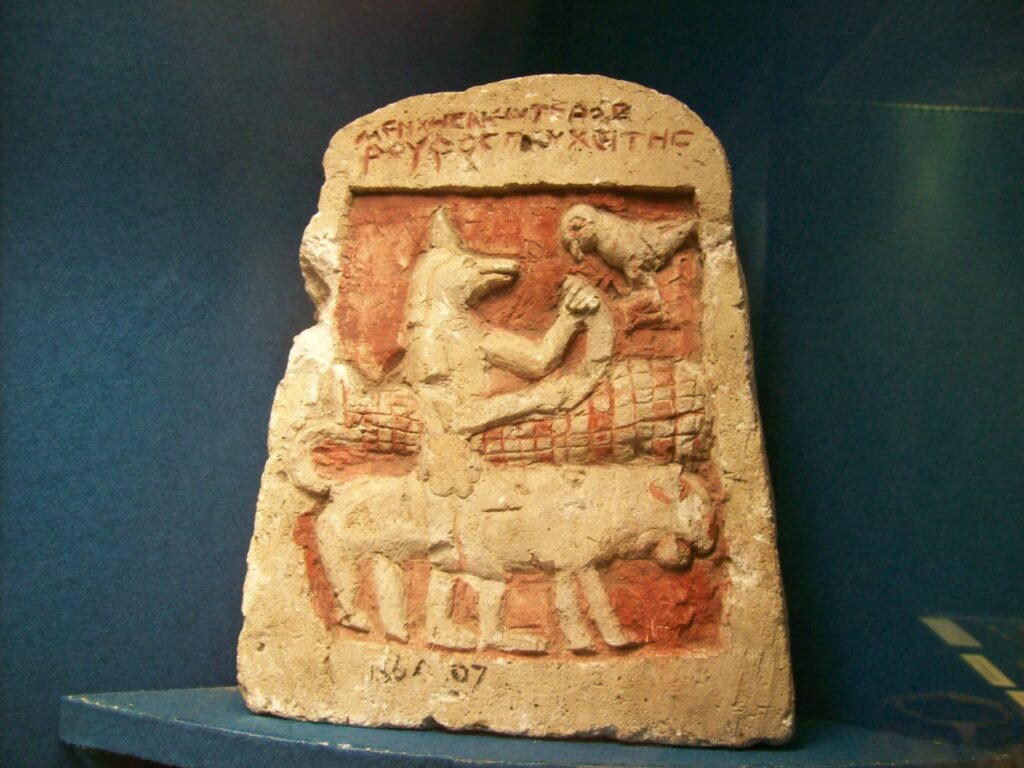 the Graeco-Roman Museum by Tony Grist

More Description to the Graeco-Roman Museum

Just begin your astonishing tour inside the Graeco-Roman Museum by saluting the two statues of sandstone lions from the reign of King Abris, one of the kings of the Twenty-Sixth Pharaonic Dynasty that ruled Egypt in the sixth century BC, then look at the left, where the Rosetta Stone is located, which is inscribed with a text that is a decree issued by Ptolemy the Fifth to the priests of Memphis in 197 BC.

He wrote in three languages: hieroglyphics, demotic and Greek, so you will live the adventure of deciphering the ancient Pharaonic language, where thanks to these three writings and compare them with each other, he was able The French scientist Champollion, who learned the Coptic language at the hands of a Coptic priest named Youhanna El Chofshti, to deciphering the language.

While you stand in front of this stone, you will find your imagination will go through this adventure until you reach the journey of reading the Pharaonic messages and learn the secrets of the letters that the Pharaohs left on the walls of their temples and the others that their hands wrote on papyrus

Let’s Travel Via the Eras in The Graeco-Roman Museum

It includes a significant group from the Coptic era found in Alexandria, including a marble slab depicting Saint Abomena between two crouching camels and the base of a marble statue with a text commemorating the purification of the ancient Alexandria canal, and a group of pottery vessels depicting Egyptian art in the form of poultry birds and luxurious crowns of marble in the form of wicker baskets. A statue of the Good Shepherd is a symbol of Christ dating back to the sixth century AD.

While you move via Coptic Periods, transporting from the Second Hall to 4th hall, a dazzling treasure will shine in your eyes at the 3rd hall

A large collection of gold jewelry, statues, Serapeum temple remains, and rare artifacts will transport you to the magic of history.

While you wander around the museum, a historical voice will come from Hall 6. It is a familiar sound, as it is the one who ordered the creation of all this greatness that you will see on the land of Alexandria.

A statue of the head of Alexander the Great was made of white marble engraved in the unique Greek style as the features are clearly visible as if he will utter, the height of the statue is around 32 cm.

Hall 7 will take you inside many periods

This hall includes a group of antiques dating back to different eras, the earliest of which was the Middle Kingdom era, while a huge pink granite statue of Ramses II is waiting for you amid these antiques to be in the embrace of the pharaonic period.

The surprise of the Hall 8, bodies come from history to accompany you today in your suspense tour inside their majestic eras

In this hall, Ptolemaic and Roman mummies are displayed, and they show the extent of the increase in interest, starting from the Ptolemaic period, with the external shape of the mummy.

This hall includes a side of the antiquities that were found inside the crocodile temple in the village of Batn in Fayoum, and on the western side of the hall, there is a wooden temple door, and above it, Greek writing, as well as two limestone panels written in the Greek language, as well as a part of the trunk of a quartzite obelisk inscribed with hieroglyphic writing and there are two cabinets in the hall. It has a group of vessels and statues of Egyptian and Greek gods.

The dazzle of John Antoniadis treasure is located in Hall 10

This hall is known as John Antoniadis Hall, a Greek citizen of the city, and the museum presented its archaeological collections.

Had there any changes and developments in the Pharaonic architecture in the Greek era, Hall 11 answers?

In this hall, artifacts are displayed that illustrate the Greek artistic influences that occurred on the School of Egyptian Art.

How were philosophers standing in historical times to establish a great science for humanity? This is what you will see in Gallery 13

In the middle of this hall is a statue of a Roman emperor wearing a military suit. In this hall, there are four niches on the walls, containing four marble statues of preachers or philosophers.

After you cross through all these statues, you will go to the most spacious halls of the museum, hall No. 17, which displays a collection of Roman relics from coffins known as wreath coffins, as well as black basalt tablets, as well as a huge statue of a person sitting on a throne believed to be Emperor Diocletian, and two huge marble statues of the gods Serapis and Hercules.

This hall displays many Greco-Roman utensils used in daily life, in temples and on various occasions and festivals, and dolls for children to play in the form of animals. This hall is also a social source for getting acquainted with the ladies of Alexandria during the Ptolemaic era, the level of human beauty, social class, costumes, and hairdressing styles, which reflects the Alexandrian art.

On the mosaic floor, you can walk to Roman art in Hall No. 19

In the middle of this hall is a colorful mosaic floor decorated with an open rose, and each corner of the rose is surrounded by a cup with spiral hands.

In Hall No. 20, there are groups of artifacts discovered from the cemeteries of Shatby and Al-Hadrah, and an impressive group of bottles, while hall 21 displays an impressive collection of galleries, vessels, and cups from the Ptolemaic and Roman period. The hall includes 22 a variety of ancient Canopian artifacts, presented by Prince Omar Tosson, a rare statue of white marble, a marble head of an Asian deity, and a set of pottery jugs.

Not just that, but still there are monuments and historical coins that will let you live every detail of history, riding the time machine of the Graeco-Roman Museum.

Info You Need To Know About the Graeco-Roman Museum. 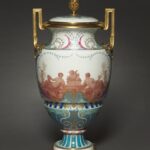 The Graeco-Roman Museum was officially opened in 1892 AD during the reign of Khedive Abbas Hilmi II, and the purpose of constructing this museum was to preserve the antiquities discovered in Alexandria.

Graeco-Roman Museum initially included 11 halls, then the addition of halls continued until after the development that took place in 1984 AD, it reached 27 halls in addition to the museum garden.

The Graeco-Roman Museum is located at 5 El Mathaf St. near the Raml station. The museum opens its doors to visitors at 11 am and closes at 5 pm.

What is Graeco-Roman Egypt?

The Graeco-Roman Period (332 BC -395 AD) marks the end of Persian rule over Egypt. The Persians (who came from what is now Iran) were defeated by the Greek conqueror, Alexander the Great, who occupied Egypt and founded a new capital city at Alexandria.

Did Greek culture come from Egypt?

Some of them thought that Egypt had long ago impacted Greece; according to the historian Herodotus, Greek religion was mostly an import from Egypt.

What was Egypt called in Greek?

The word "Egypt" derives from the Greek word "Aegyptos," which is how the ancient Egyptian name "Hwt-Ka-Ptah" ("Mansion of the Spirit of Ptah"), which was originally the name of the city of Memphis, was pronounced in Greek.

Is Greek spoken in Egypt?

After Alexander the Great overran the area in 332 BC and established his generals as Egypt's new rulers, Greek became widely spoken in the country. Greek was the most frequently recorded language because it was so widely used in literature, governance, and education.

When did Greco-Roman culture start?