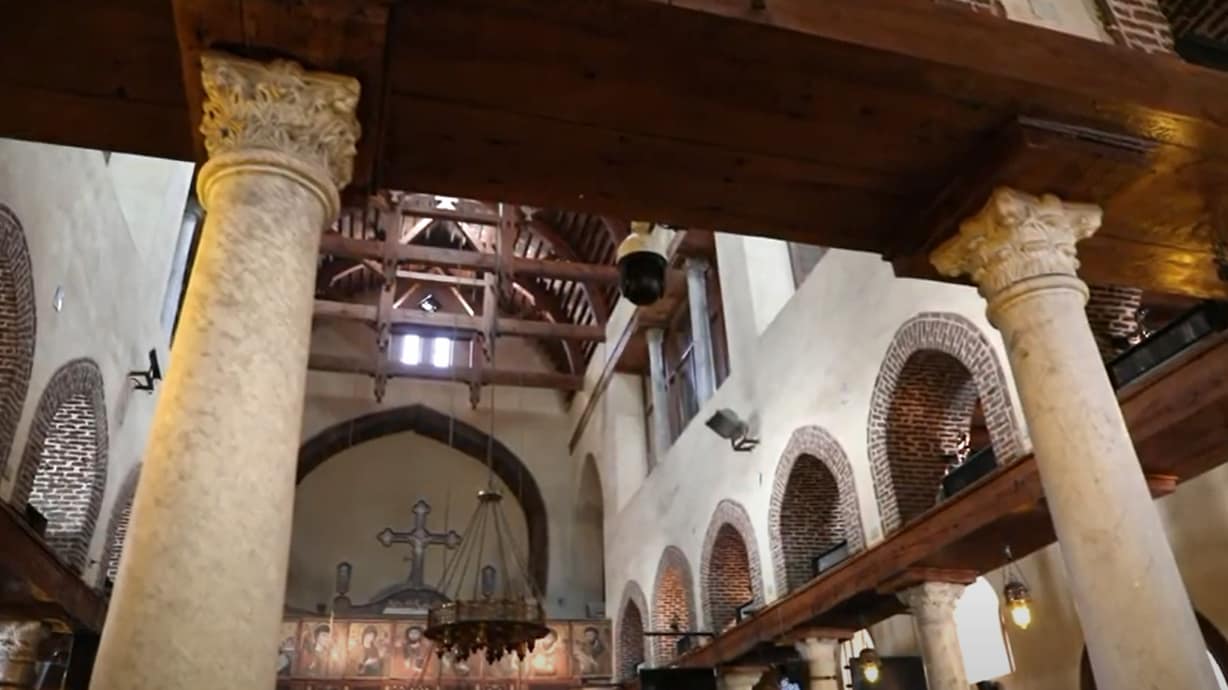 Location of Church of St. Barbara

Church of St. Barbara is situated in the central of Old Coptic Cairo in the Old Cairo area; about 30 minutes from Downtown Cairo. It is one of several churches in a private Christian community that dates back to the 10th century and has been maintained.

The Church of Saint Barbara, like the other Babylonian churches; was burned by the two great Fustat fires in the 8th and 12th centuries; and was rebuilt multiple times afterward. It was recognized by Al-Maqrizi as the most prominent church of his time. It’s a sister structure to the Church of Saint Sergius, and it’s built in the basilican style with galleries. The outside of the church is not imposing in order for fanatical crowds who frequently pillaged churches during times of turmoil and persecution to be unable to differentiate it from the surrounding residences. The church has a length of 26 meters, a width of 14.5 meters; and a height of 15 meters. The northern and southern aisles are separated from the nave by two rows of five columns each.

A highly carved wooden architrave connects the columns in the Church of st. barbara. The ‘Mandatum Tank’, which was once filled with water and used for foot-washing services on Maundy Thursday and the Feast of Saints Peter and Paul; is now replaced by a portable basin. The main sanctuary is the only one with an apse; the two surrounding chambers are rectangular rooms.
At the turn of the century; the Church of Saint Barbara underwent considerable repair. The Coptic Museum today houses many notable monuments discovered in the Church of Saint Barbara. Saint Barbara’s Church’s portion to the north of the sanctuary is roughly square in shape and contains three chapels dedicated to Saints Cyrus and John. The complex was constructed during the turn of the century.

What is Saint Barbara best known for?

Barbara, as one of the Fourteen Holy Helpers; is still a popular saint today, possibly best remembered as the patron saint of armourers; artillerymen, army engineers, miners, and others who deal with explosives; as well as mathematics, due to her legend’s relationship with lightning.

Was Saint Barbara a nun?

In truth, Nun Barbara (Russian: нокин aрвара) was a Russian Orthodox nun at the convent of Grand Duchess Elizabeth Fyodorovna from 1880 to 1918.

Who is St Barbara in the Bible?

legendary early Christian virgin martyr. She is revered as one of the 14 Auxiliary Saints (Holy Helpers), is the patron saint of miners and artillerymen, and is invoked during thunderstorms.

What is the symbol for Barbara?

Due to the widespread misconception that peacock flesh is immortal, the peacock feather has long been used as a symbol of Christianity.

What does Barbara mean in the Bible?

In fact, Barbara's meanings include a stranger or a traveller from another country.