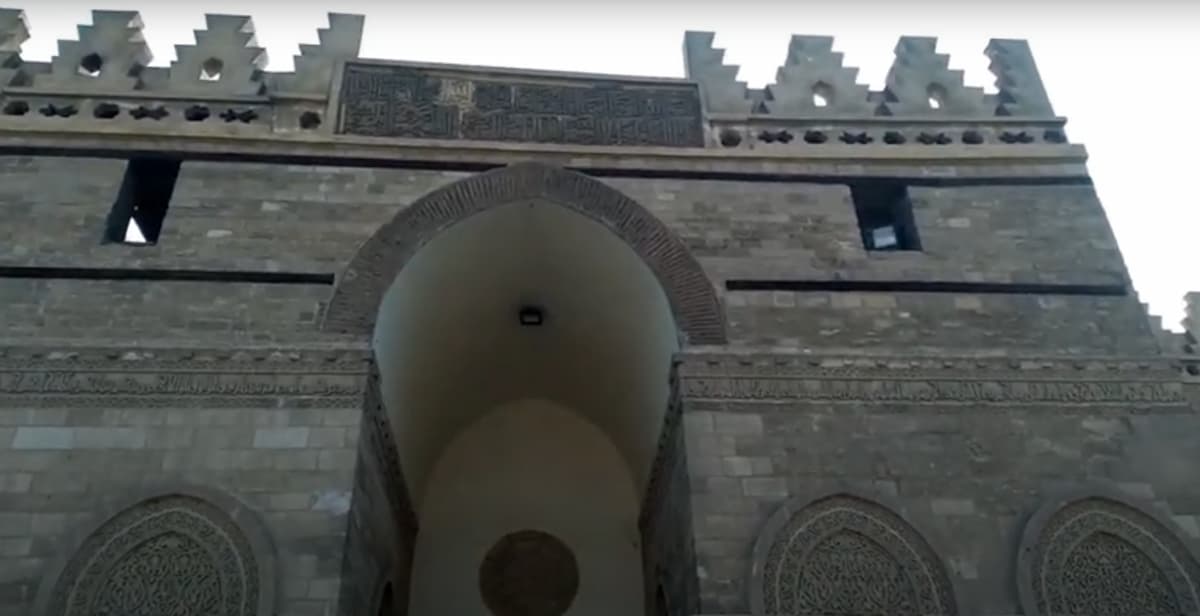 One of the gateways in Fatimid Cairo‘s northern wall is Bab El Fotouh (Gate of Conquests). It leads to the famous alMu’izz Street; which leads to Bab Zuwayla, the city’s only surviving southern gate. During the Fatimid Caliph alMustansir Billah’s reign, Badr alJamali, the vizier and commanding officer, erected it.

This stone building was built further north than Jawhar alSiqilli’s ancient brick gate; providing the city more area to expand as well as stronger fortifications. Bab El Fotouh and Bab alNasr, both built in 480 AH/1087 AD; are among the few instances of military construction in the Islamic world prior to the Crusades; as is Bab Zuwayla (480 AH/1092 AD).

This gate was built as Bab al-Iqbal (Gate of Prosperity); as evidenced by its dating inscription, although Cairo residents continued to refer to it as Bab al-Futuh; the name of the older monument it replaced. The gate’s two towers have curved fronts and are connected by a platform with shafts in the ground through which invaders may be poured boiling oil.

The arch is spread and adorned with a diamond lattice; each having a carved shape. The ornately carved corbel stones above the arch are also noteworthy. The two at either end end in ram heads, signifying alQahir (Mars); which was ascendant at the time of Cairo’s establishment. The new city was given the name alQahira as a result of this. “The Conqueror”

Since the walls were designed to enclose the mosque, which previously stood outside the city walls of Jawhar, the section of wall between Bab al Futuh and Bab al Nasr follows the prominent of al Hakim’s northern minaret. Bab Zuwayla was also known as Bab al Mitwalli during the Ottoman period since the wali of the janissaries lived near the gate. It was called after Fatimid warriors from the Berber tribe al Zawila who arrived near the site of the first gate in 969.

One of the three remaining gates of the Fatimid fortifications of Cairo, Bab al-Futuh was constructed by two Armenian brothers who immigrated from Raha and is regarded as one of the earliest instances of military architecture in the Islamic world.

How tall is the Bab?

Bab al-Futuh is 22 metres (72 feet) tall and 23 metres wide (75 ft). The gate was made of Syrian stone. This gate's main function was to guard against attackers. Consequently, this fortification was created.

Who killed the Bab?

The Báb was accused of apostasy and executed at Tabriz on July 9, 1850, on the prime minister of the Persian Empire's orders. The Bahá's view the circumstances surrounding His execution as miraculous. The Báb was hanging from a wall along with one of His comrades, and a big firing squad was getting ready to open fire.

How was the Báb executed?

His death was on the verge of giving his faith a lustre that would have significantly increased his proselytes when he was murdered by a barrage of musketry. Báb was nowhere to be found when the smoke and dust cleared after the volley, and the general public declared that he had flown into the sky.