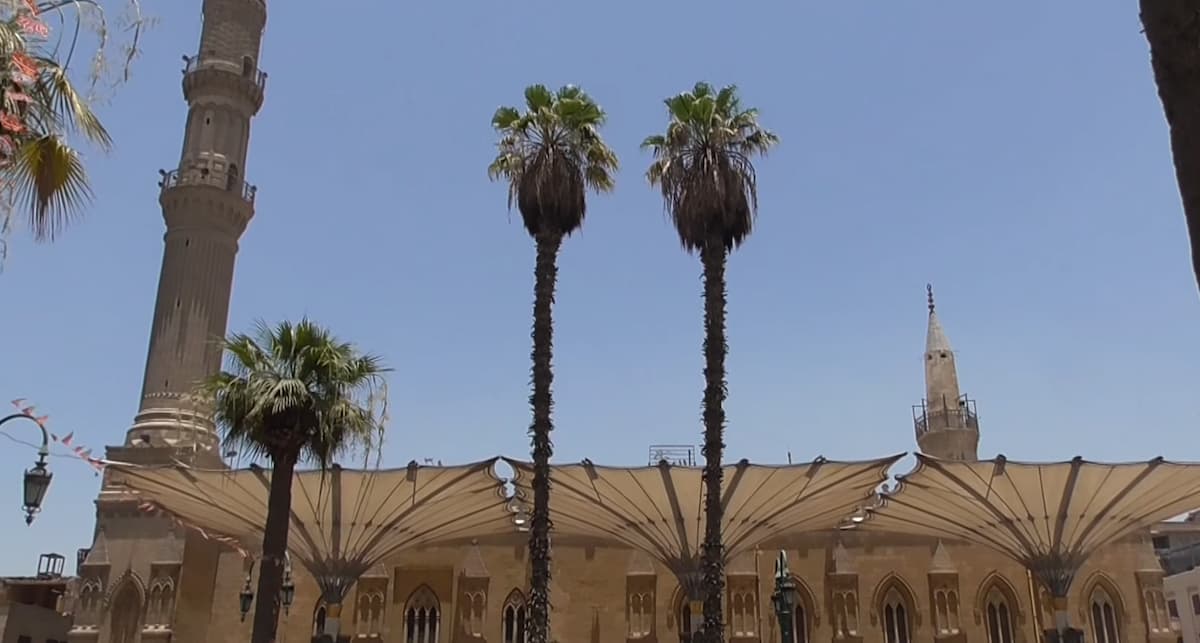 The Al Hussein Mosque is noteworthy for containing the world’s oldest full manuscript of the Holy Quran. It is also located on a very busy street adjacent to Khan Khalili Bazaar, which attracts many tourists from all over the world as well as Muslim pilgrims.

It is easily accessible as an independent traveler or as part of a guided tour group and is located approximately 30 minutes from Downtown in the Khan Khalili and Old Cairo districts.

The Al Hussein Mosque is frequently visited by dignitaries praying there on special occasions because to its old legacy; which includes an authentic text of the Holy Quran. Its cold marble, green, and silver interior protects Hussien’s head. Hussein, the Prophet Muhammed’s grandson, was assassinated in Iraq in 680 by the Umayyads, who had been accepted as Muhammed’s heirs against his son-in-law; Ali, Hussein’s father’s claims. This generational power struggle over the caliphate resulted in an Islam division that lasted for centuries.

The Sunni (‘followers of the path’) majority in the Muslim world not only acknowledged the Umayyad caliphate; but also barred anyone from Ali’s line from holding the post. The Shia (‘partisans of Ali’) minority, on the other hand, refused to accept any leader who was not a descendent of Ali and saw Hussein as a martyr. Hussein is considered as a popular Saint in Egypt; where the Muslim community is virtually entirely Sunni, with Saiyida Zeinab, the Prophet’s granddaughter.

The big ornate giant umbrellas that are erected in front of the Mosque for various purposes are another extremely unique aesthetic feature. First and foremost, to provide shade for Muslims worshipping outside the Mosque on scorching summer days; as well as to serve as a shelter when the seasons bring heavy rain. These electronic umbrellas are reported to be inspired by the style of several mosques in Saudi Arabia.

Is Hussein buried in Egypt?

It is thought to be one of Egypt’s greatest Islamic sites. Some Shia Muslims claim Husayn’s head (ra’s mubarak) is buried on the grounds of the mosque; On the other hand, the tomb now stands as the only remnant of Fatimid architecture in the structure.

Hussain, the child of Ali and Fatimah and the grandson of the Islamic Prophet Muhammad; Also, he lived 1400 years ago in Arabia and is revered in Islam as a component of the Ahl al-Bayt (the Prophet Muhammad’s family) and Ahl al-Kisa, and also the third Shia Imam.