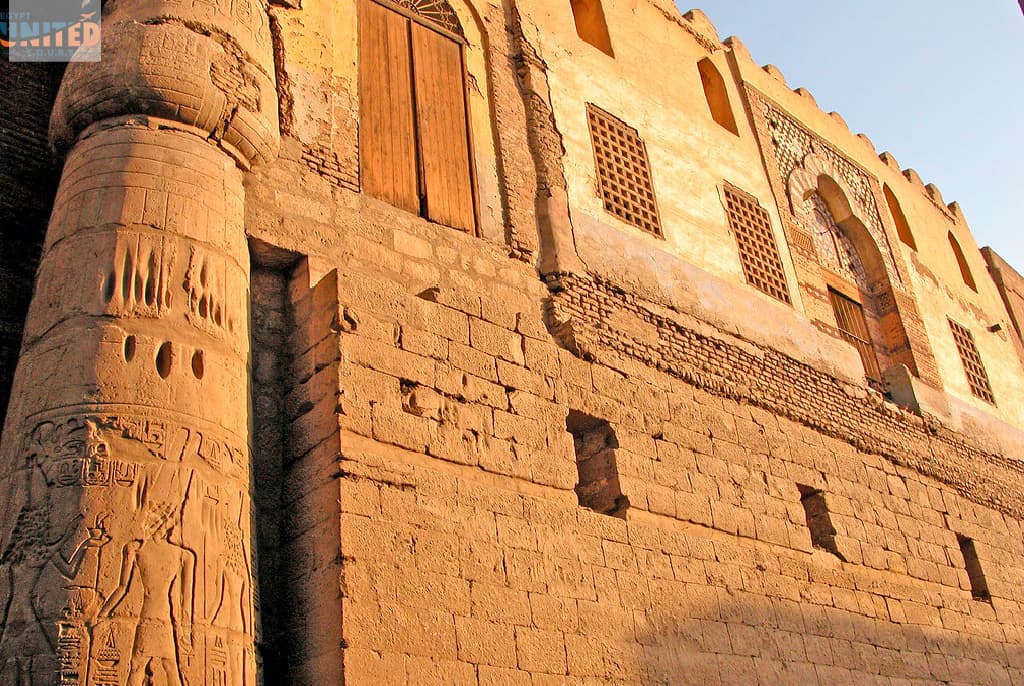 The Secret Of a Spot That Melts The Historical Civilizations In Abu El Haggag Mosque! 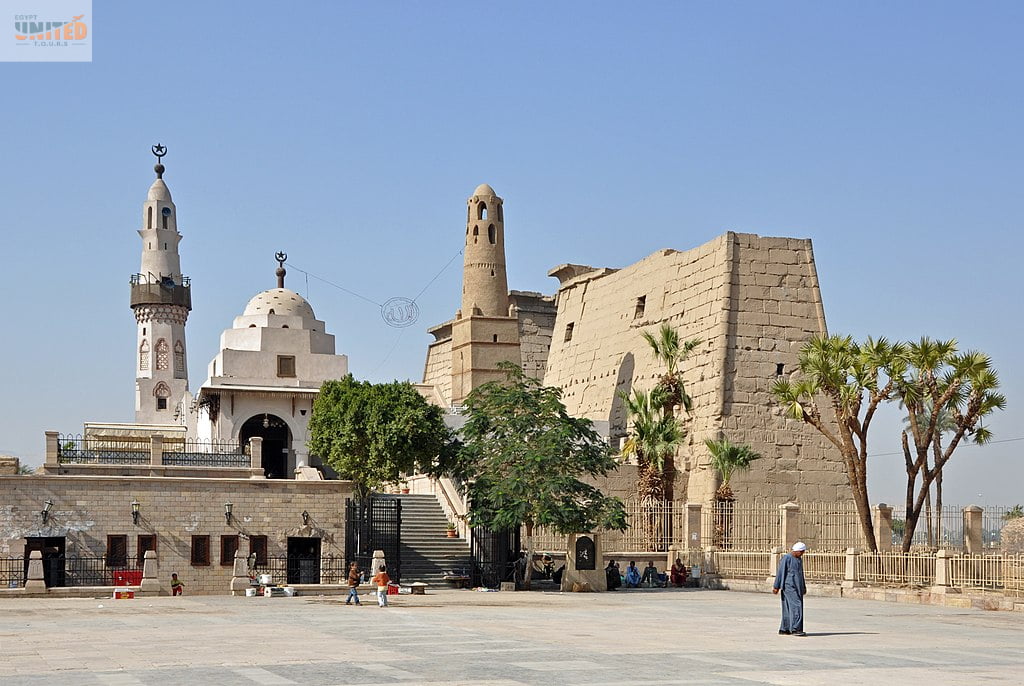 A spot inside the majestic pharaonic complex, Luxor Temple, in which the historical civilizations melt magically. To find amid the pharaonic events that had run here and there and while you wander amid the monuments of this ancient Egyptian history, it takes you to the Ayyubid era with a unique pharaonic touch. It is the enchantment of Abu El Hagag Mosque.

Abu El Hagag Mosque is a unique mosque that these majestic Pharaonic walls and pharaonic columns with ancient Egyptian decorations raise in the heart of Luxor Temple. Islamic decorations thaw in the pharaonic inscriptions as if the pharaohs embracing Islamic quintessential archaeological treasure. So it is creating a unique mix that you cannot meet like it globally. The meeting of civilizations in the cradle of history makes you feel like you are riding that magic carpet in fantasy stories. But you are in the real magic of Egypt.

Pharaonic inscriptions fill this mosque, which takes the Fatimid designs to find the surprise in its heart. Ruins of a Coptic church were erected over this pharaonic temple in the heart of Abu El Hagag Mosque. Yes, you are in an amazing harmony, where the three Pharaonic, Christian, and Islamic civilizations met.

Info You Need To Know About Abu El Hagag Mosque 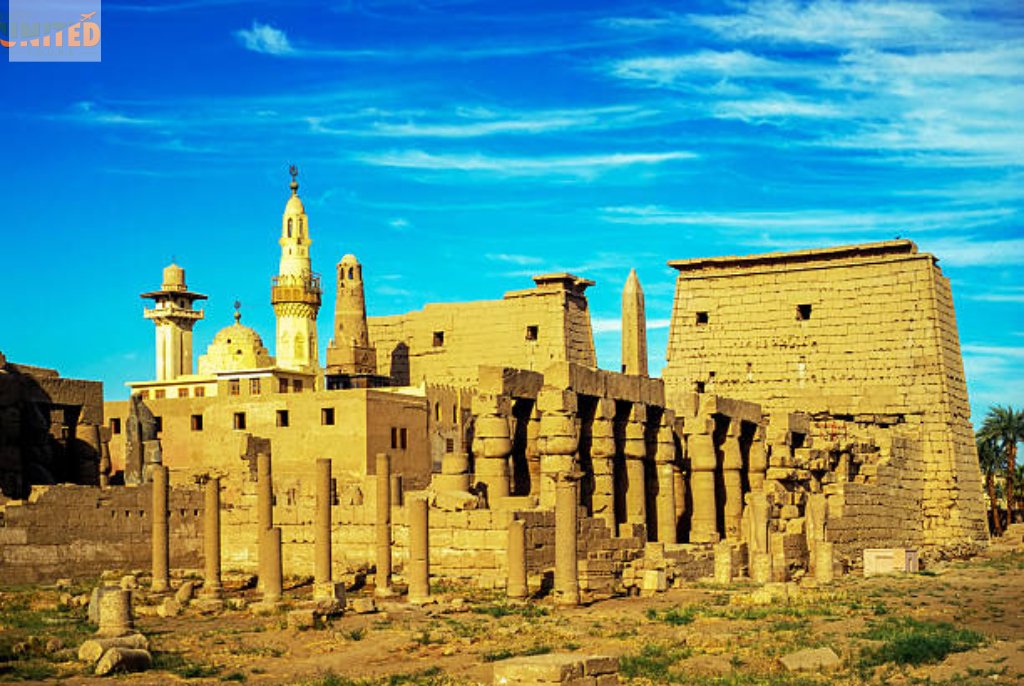 The establishment of the mosque was in 1286 during the 13th century on the northeastern side of the temple. It dates back to the Ayyubid period and was dedicated to Yossef Abu El Hagag, who was a descendant of the prophet Muhammad.

The mosque rises above the surface of the temple grounds by more than 10 meters. The mosque contains a shrine for ” Abu El Hagag.” And also his cousin and his two sons, and another for his student. In addition to a shrine for a Christian woman named Teresa.

The Abu Haggag Mosque was not the first worshipping place to be built on the ruins of Luxor Temple. But before the mosque, there were several churches built around the temple. That including the church that is still located in the heart of the mosque today.

The Legend of This Mosque Owner

Youssef was born around 1150 CE in Damascus. Then he moved to Mecca. And then to Egypt, specifically at Luxor, where he lived until he died in 1245 CE.

It is said that a senior official in a previous era wanted to demolish the mosque or move it to another place away from the temple. So he was paralyzed in his place and did not recover until he retracted his idea. And people considered that this was one of the miracles of this Sufi Sheikh Yusuf Abu Al-Hajjaj. For that, yearly at the date of Youssef’s birthday, the locals establish celebrations called Abu Haggag   Moulid.

Thousands from all over Egypt and abroad stand in the courtyard of the mosque and the streets of Luxor. They are chanting religious songs amidst the sounds of tambourines. Music with games, and resounding sounds of fun mixed with supplications. An atmosphere that you will not see anywhere else, with traditional colors and dances. In addition to the display of the skirt with swings, children, women, and men standing with activity mixed with happiness.

You will be lucky if the time of your visit to Luxor is on the date of this celebration that takes place over a week. 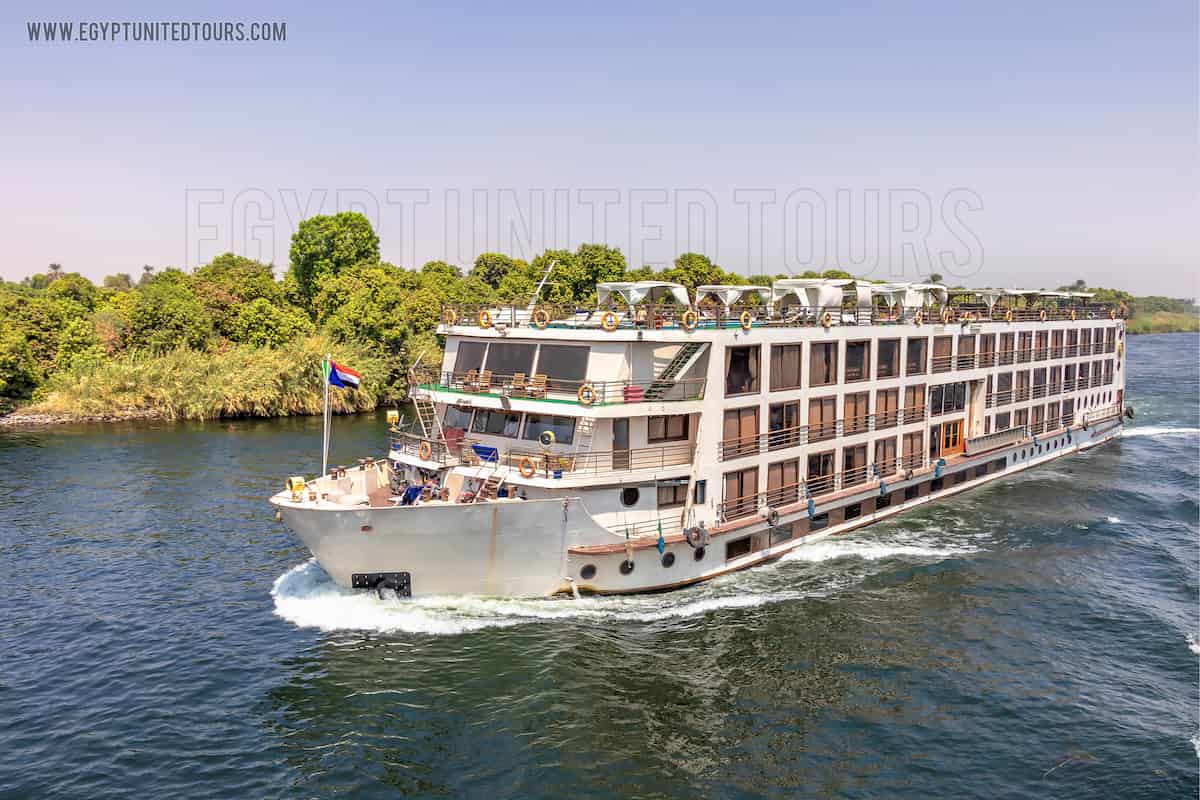