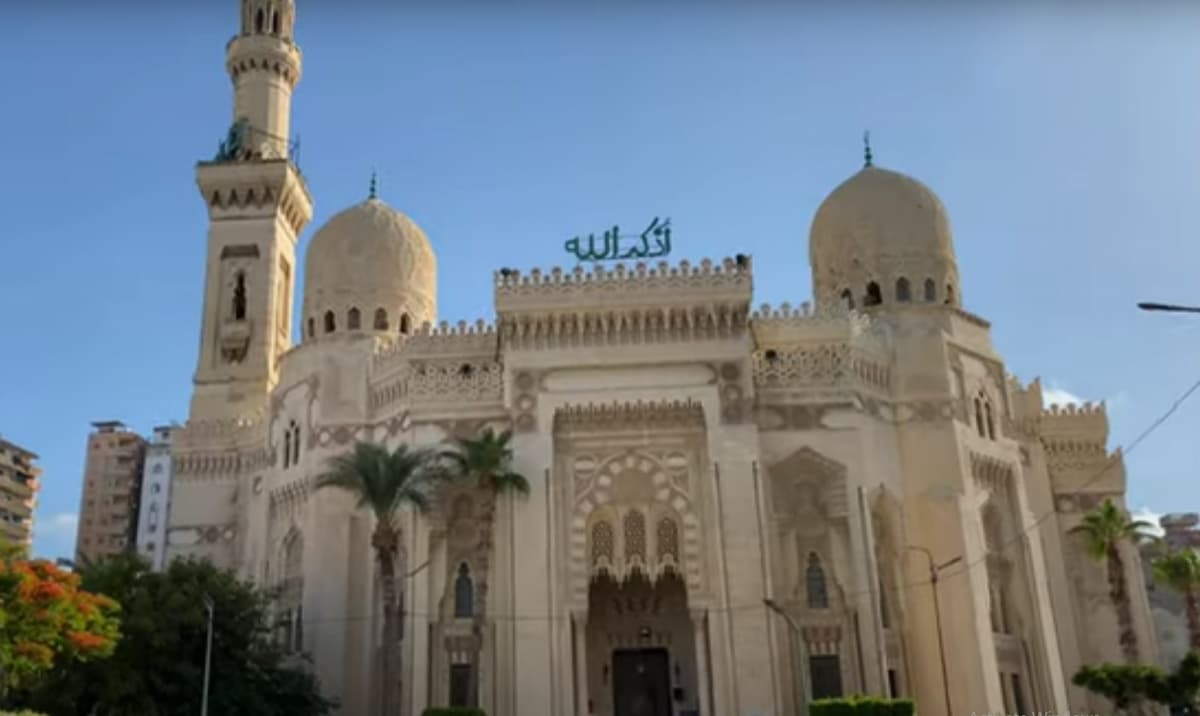 Abu Al Abbas Al Mursi, Abu El Abass Mosque was primarily constructed in 1775. It was constructed on top of the tomb of a Spanish scholar and saint. Furthermore, it is located on Mosque Square, which overlooks the eastern harbour. Al Mursi Abu Al Abbas (full name: Al Mursi Abu Al Abbas) was born into an affluent family. In 1219, it happened in Spain’s Andalusia region. In addition, in 1242, he and his family fled to Tunisia as Christian authority of Spain grew stronger. He also travelled to Alexandria, which was a popular destination for Muslim scholars at the time. In fact, Al Mursi Abu Al Abbas spent 43 years in Alexandria. Until his death in 1286, he worked as a scholar and teacher.

He was also buried in a tiny building near Alexandria’s eastern harbour. El Sheikh Zein El Din, one of Alexandria’s wealthiest tradesmen, paid a visit to the tomb in 1307. He paid for the tomb’s mausoleum and dome, as well as a modest mosque. Many Muslims from Egypt and Morocco visited Abu Al Abbas’ grave as a place of pilgrimage. On their trip to and from Mecca, they travelled through Alexandria. More information on the Abu El Abass Mosque in Alexandria: In fact, the Al Mursi Abu Al Abbas Mosque has been repaired several times over the years. The rulers were the ones who built tombs near to the saint. Furthermore, the majority of the current building dates from 1775.

When the saint arrived in Alexandria in the 13th century, the style was prevalent. In fact, the entire cost is estimated to be around 140,000 LE. The Al Mursi Abu Al Abbas Mosque is a 23-meter-high cream-colored structure. It is covered in fake stone and has a 73-meter-high minaret on the southern side. The mosque and its neighbours are located near the eastern harbor’s shore. In fact, they could be seen clearly from the water. The minaret is designed in the Ayoubids style, with four distinct components. The mosque has two entrances, one on the north side and the other on the east side, both of which look out over the square. More information about the Al Mursi Abu Al Abbas Mosque in Alexandria can be found here: The mosque’s primary structure is an octagon with inside walls.

Except for a 5.6 m-high mosaic, they were covered in artificial stone. The lofty ceiling is arabesque-decorated. It features a Shokhsheikha, a large octagonal skylight. Three colourful glass windows in arabesque designs flank each side of the skylight. They are encased in metal frames. This skylight is enclosed by four domes and sits atop the complex’s four mausoleums. White marble was used to pave the floors. Teak, citronia, and walnut were united and elegantly carved for the doors, minbar, and windows. The minbar (pulpit) is topped by a dome, and words from the Qur’an are written in French gold at the top. The mihrab is a niche that indicates Mecca’s orientation. It is actually located at the base of the mosque’s minaret.

It is surrounded by the belief “There is no deity but Allah, and Mohammad is Allah’s prophet.” It is also written in Arabic script. Two Egyptian granite columns stand on the other side of the mihrab. At either end, they have the name Muhammad written in Kufic Arabic calligraphy.