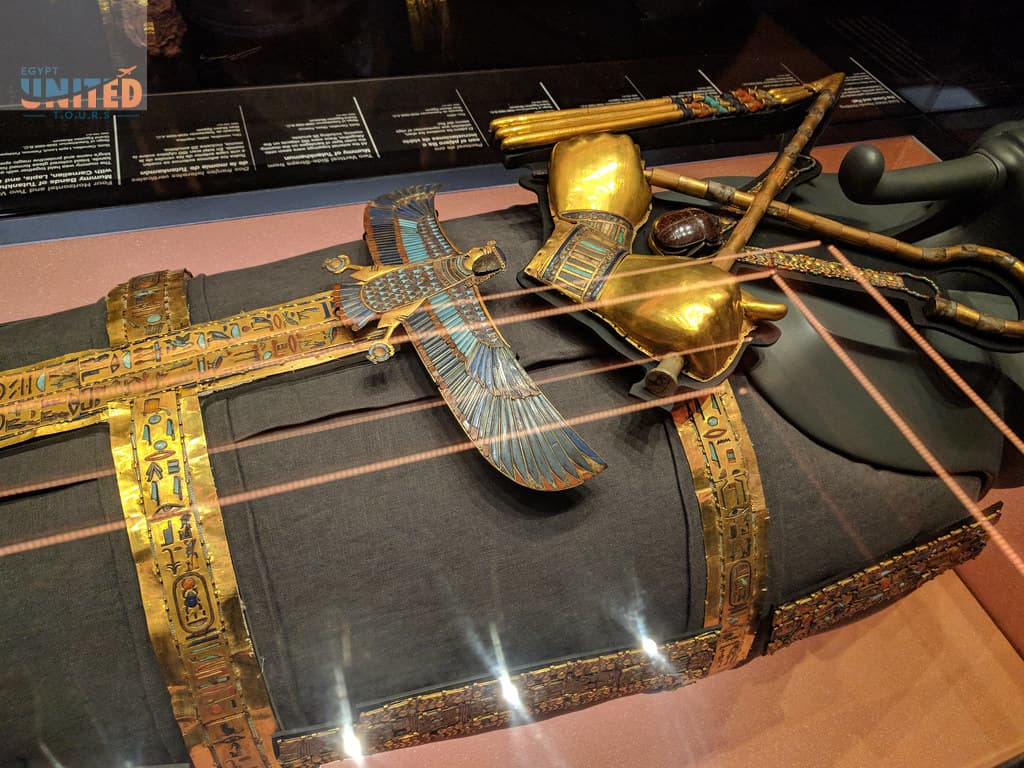 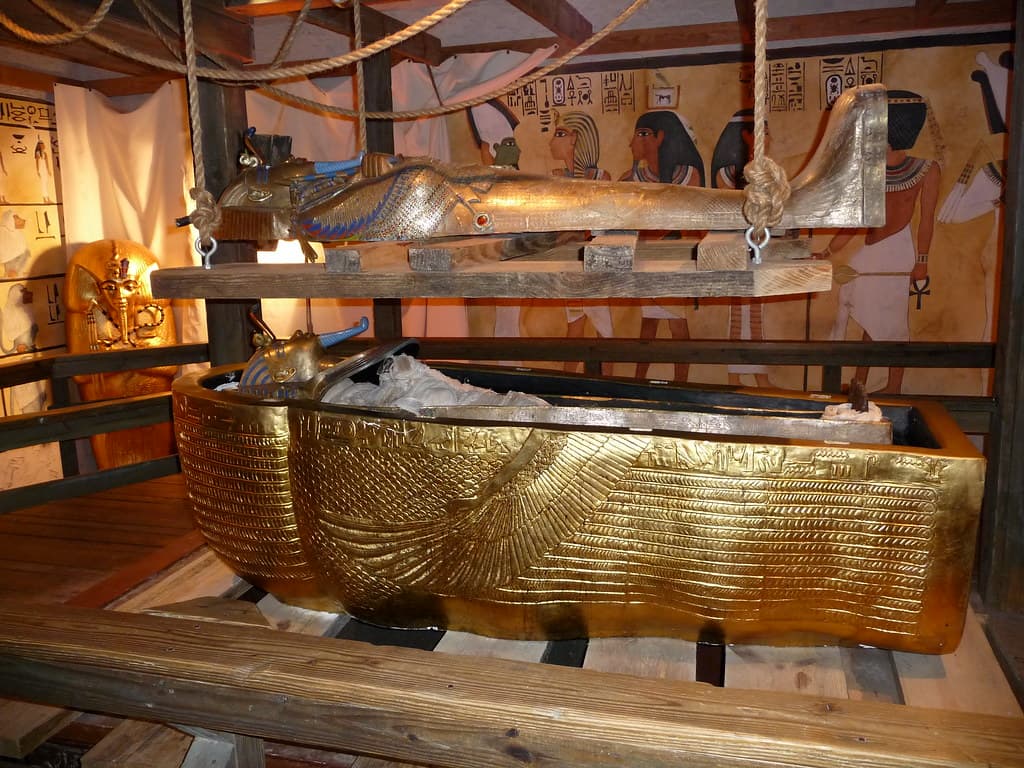 His successors had attempted to remove his name from history. But they inadvertently preserved his legacy and made him a famous king name. It is the mystery that leads you today to witness all the treasure of this boy king’s tomb. This great king boy had ruled Egypt when he was just nine years.  November 26, 1922, is the date that is considered a turning point in Tut Ankh Amon’s life by discovering the intact King Tut Tomb. 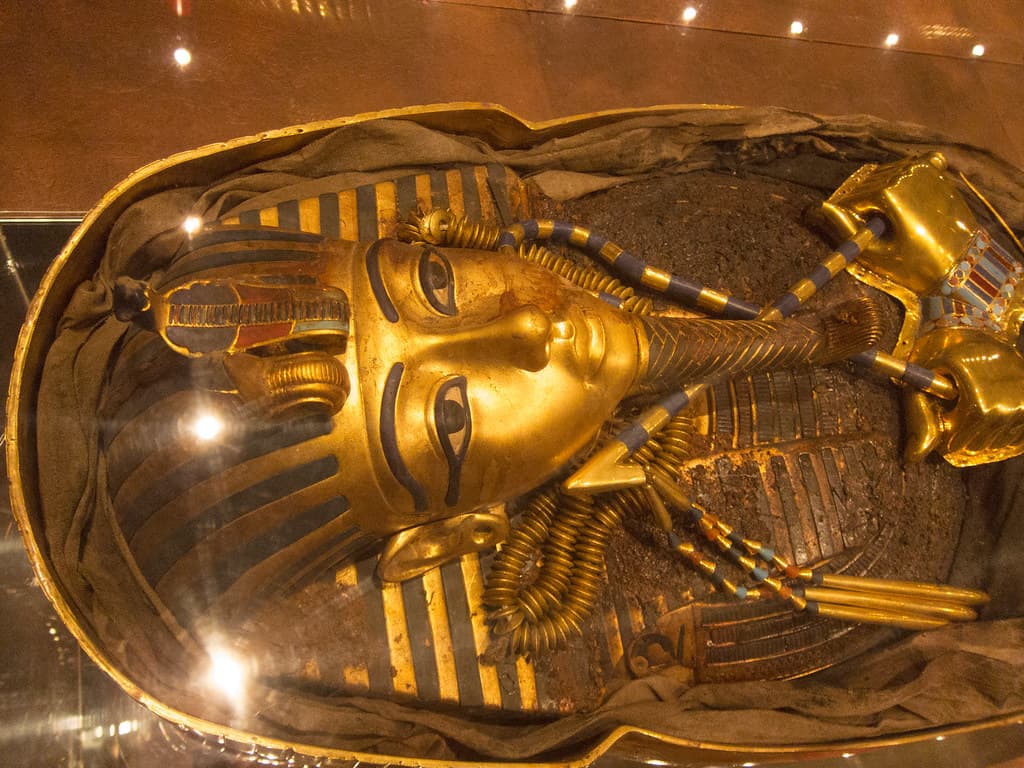 The discoverer of the tomb had spent nearly a decade to count about 50398 artifacts, which include the most iconic treasure among all the artifacts that had come from the pharaonic life. It is the king’s death mask that contains more than 20 pounds of gold.

A Plot Made a Name For History

Tut is the only son of King Amenhotep IV that is better known as Akhenaten, which means “the living soul of Aton,” as Akhenaton had believed in Monotheism, and invited to worship a sole god called  God Aton rather than the sun god, Amon, and the other multiple gods, which made all priests of Amon and other Gods angry of him and his family. So, his new faith caused in destroying Akhenaten’s power, and the fire of hostility extended to his son Tut who had lived a tough life.

Akhenaten woke up in the court of his royal capital, Akhet Aton, to the happy news that his only son that he had been waiting for long years, had been born, he is Tutankhamen. Prince Tutankham, Tut Ankh Amon, lived alone in the midst of hating everyone, especially his father’s wife Queen Nefertiti, who hated Tut as he would be the next king of Egypt instead of her, one of her many daughters, or instead of her son, whom she failed to give birth six times. 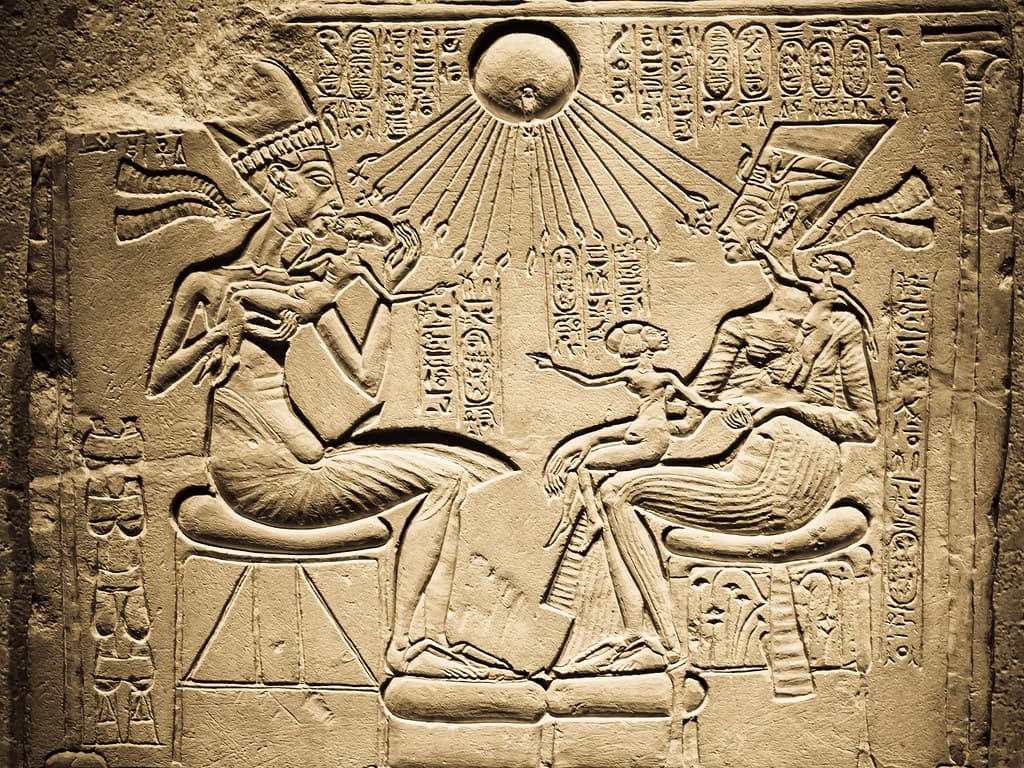 All of that was surrounded Tut while his father was busy ruling and worshiping the new god Aton, and the mother of Tut died. The conspiracy was at its most intense in the life of Akhenaten, among the palace men who saw in Tutankhamun a great danger threatening the life of their greatest god Amun if the worship of Aten continued.

On the day of Akhenaten‘s death,  Tut Ankh Amon had become directly in the face of the enmity to reign within neglect, conspiracies as well as the attempting to damage the legacy of his father, King Akhenaten, while he was just nine years, he was one of the pharaohs of the 18th dynasty.  Tut Ankh Amon had ruled Egypt from 1336 – 1327 BCE for nearly ten years, as he died At age 15 or 16, under mysterious circumstances.

Tutankhamen married his sister, Princess Ankhesenpa-Aten, daughter of Akhenaten and Nefertiti, as Nefertiti aimed to ensure that the throne would not come out of her hands, and all revolted against the legacy of his father, Akhenaten. They forced Tutankhamen to change his name to Tut Ankh Amun and his wife’s name to Ankhesenpa-Aten and to leave Tall Amarna, the capital of Akhenaten regain, which became a full empty town. 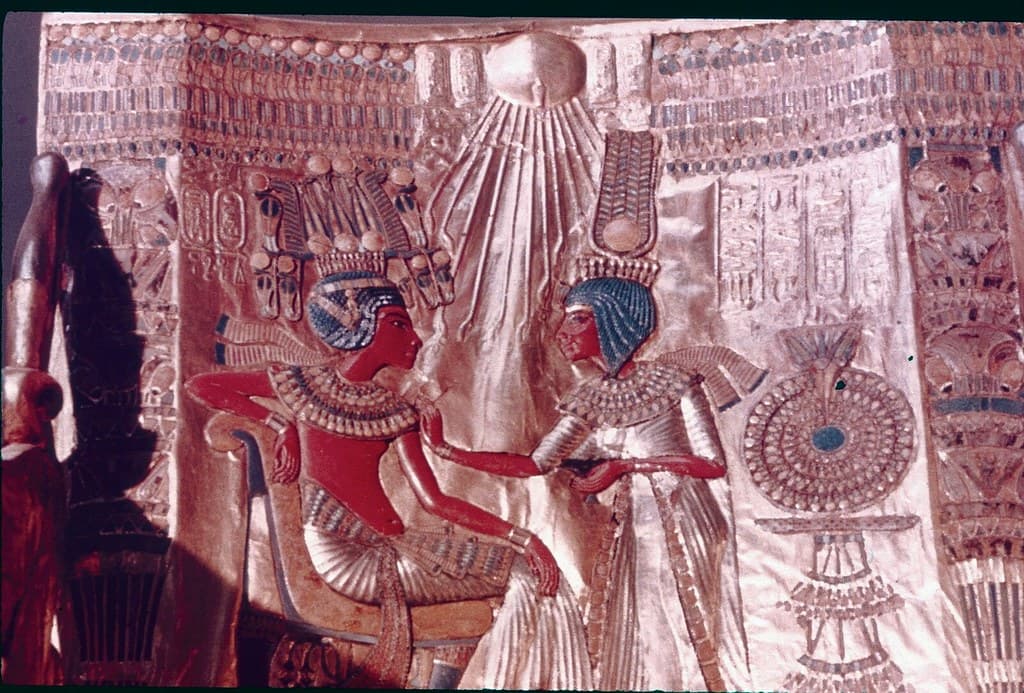 Tutankhamun returned to the traditional capital, Thebes, and ran the country from this ancient administrative capital, and the army commander, Horemheb, began a major campaign to destroy the monuments of Akhenaten and his most famous god, Aten, and under compulsion, Tutankhamun with force turned against his father and began a policy of restoring what his father destroyed, fixing the status of the other gods.

Tutankhamun was sick, had problems with his feet and legs, and had a “flat foot.” One day, Tutankhamun fell off his war chariot in the desert of Memphis, injuring his leg. He died shortly after that due to contamination of his wounds and disease of his legs and feet, and after the unexpected death of Tutankhamun at a young age and without having a Crown Prince, as his wife got pregnant in twins, but that failed in the end, Ankhesenpa-Amun was forced to marry Horemheb.

Her monuments were destroyed by the wife of Horemheb, the queen, Mout Najm, as well as Horemheb launched a major campaign to destroy the monuments of King Tutankhamen. But these attempts of obliterating had caused that the thieves did not know Tut’s name . So they had not looked for king Tut Tomb. Because that Tut Tomb was intact till now, his name from 1922 become alive.

Carter Had Another Vision In Discovering King Tut Tomb 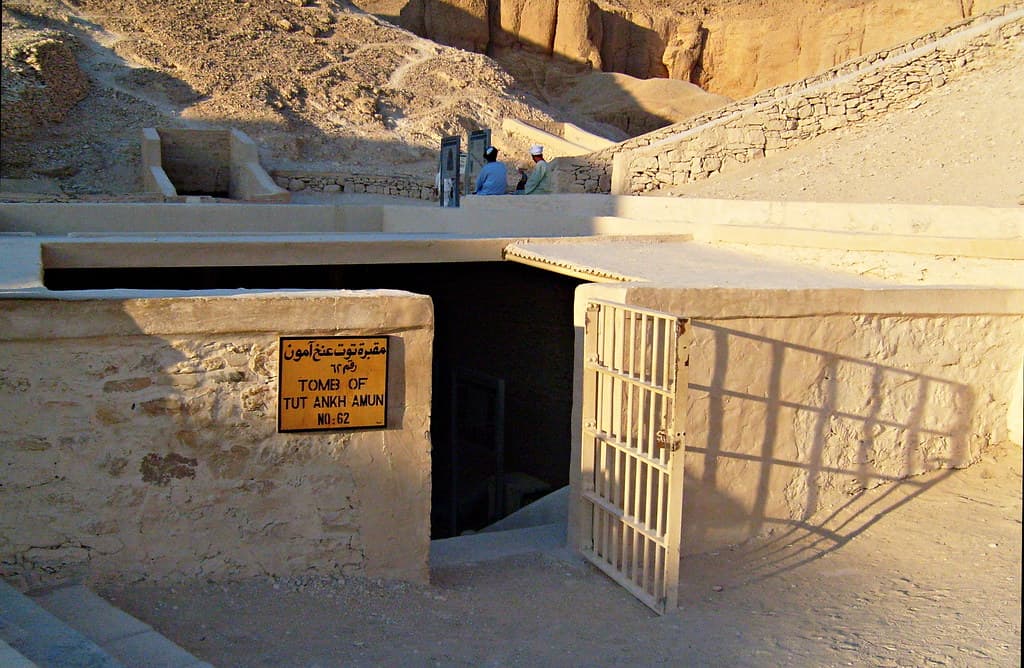 Many archaeologists thought the valley of the kings had yielded all its secrets. However, The British archaeologist and excavator Howard Carter had a different opinion that leads the world to revive the name of Tutankhamun and his majestic tomb, Tut Tomb. Carter was searching for the tomb of an obscure king from the 18th dynasty that his name was only spoken in scholarly circles.

When digging into the tunnel that leads to the tomb of Ramses VI in the Valley of the Kings; the British specialist in the history of ancient Egypt, Carter, noticed the existence of a large cellar. Wow, it was thought that it was the moment of discovering Tut Tomb to launch his name via the whole world that was ignorant of him. 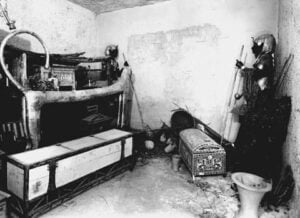 With suspense, carter and his assistants were clearing the debris from the stairs to appear atop of a doorway, sealed with plaster. Without a doubt, it is a royal tomb as carter had found seals of the royal necropolis.

Carter sent a cable to his patron—the wealthy Lord Carnarvon, who in a hurry arrived at Egypt and began his way to the valley of the kings to witness the opening of King Tut Tomb. With the more cleaning of the tomb stairs, the royal seals had appeared more. Then they had arrived at the entire door of King Tut Tomb that was exposed.

The time to open Tut Tomb had come. Carter drilled a small hole in the top corner of the doorway and placed a candle inside, and he began his first steps inside Tut Tomb to stop in surprise, repeating, “Wonderful things. Wonderful things!” 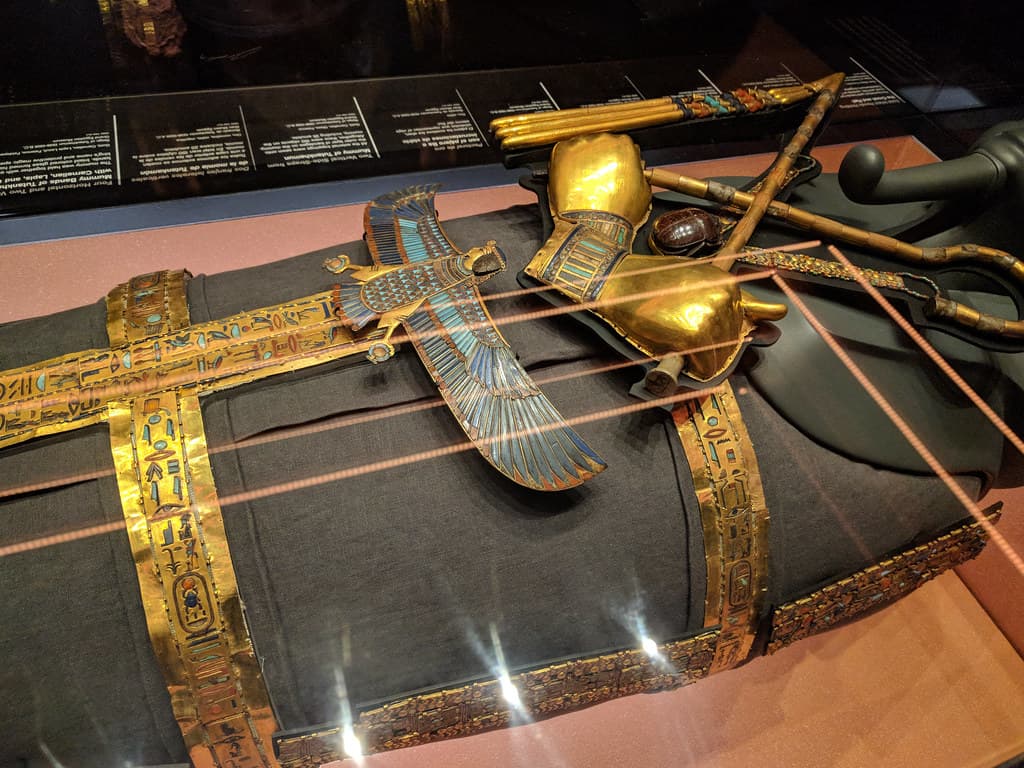 King Tut Tomb had a gift to the world, as it contains the only throne seat that came to us from the ancient Egyptian civilization, the golden chariots, the royal golden fighting tools of swords, daggers, bows, and spears.

No eye see Tut Tomb treasure without stopping in full amazement like Carter, especially when observing the golden 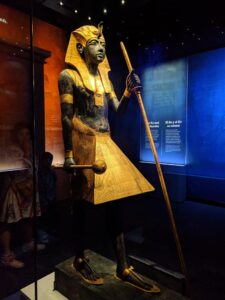 coffin of the king, which weighs more than 110 kilograms, and the golden mask inlaid with semi-precious stones and weighing eleven kilograms, which used to cover the face of the mummy, your eyes will shine with suspense.

Once you reset your realization from the excitement as a result of seeing these incredible treasure, your mind will enter another trip of confusion when seeing two other wooden sarcophagi covered with gold, and there are 314 statues called (the Shawabti), which were placed in the cemetery in order to do the work in place of the king in the other world.

Prepare your soul to see 32 gilded wood statues of the king and gods of the other world, and many boxes decorated with war scenes, representing scenes of hunting and entertainment, and large shrines made of gilded wood, and scenes from the books of the afterlife were engraved on them depicting the king’s relationship with the sun and various deities.

As well as a set of 143 pieces of gold ornaments studded with semi-precious stones, most of which represent the deity of the sun in its various forms and the moon as well. There are bracelets, earrings, rings, vests, and pendants. In addition, there is a shield made for the king of gold and studded with stones, and colored glass and decorated with the forms of deities that protect and care for the king in his life and after his death, and there was also found a huge group of vessels that were made of Alabaster. 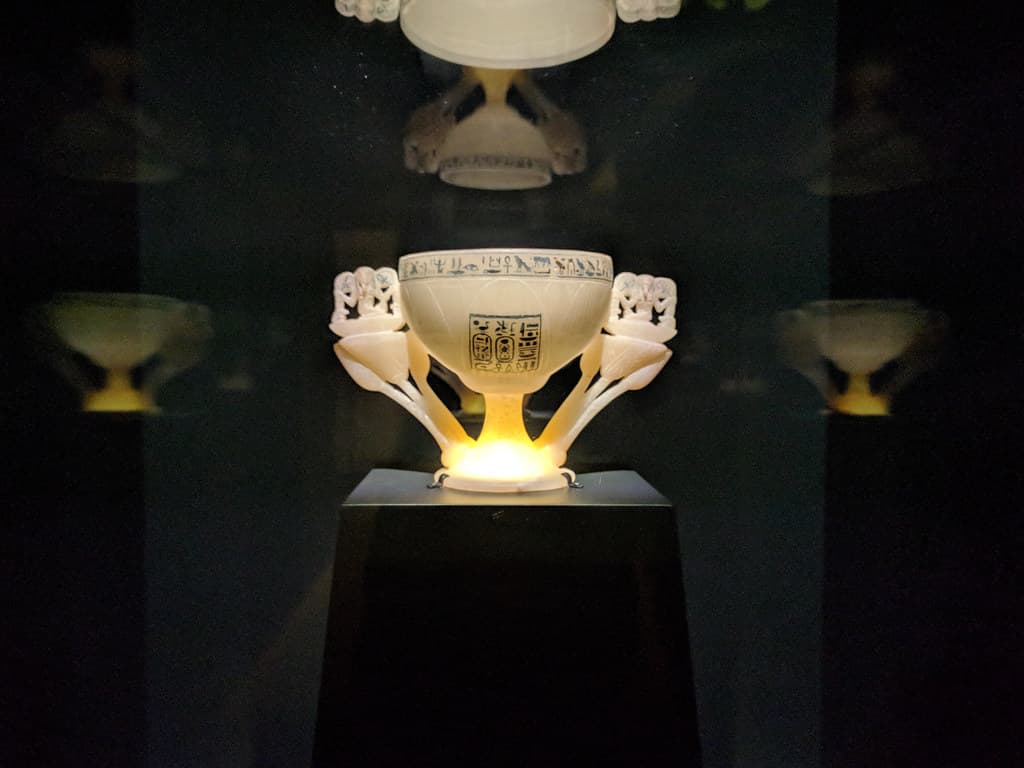 Ensure that you will repeat the same word of cater when seeing Tutankhamun jewelry group in Tut Tomb, which is one of the most famous and rare jewelry of the kings of Pharaonic Egypt. This group includes a large number of necklaces, earrings, and crowns, among them the ornate pectoral necklaces made of gold and silver and the Khalduni stone, in addition to red agate, calcite stone, and lapis lazuli. Turquoise, obsidian stone, white, black, green, red, and blue glass.

“Howard Carter” found the trumpet “Tutankhamun” made of silver and another trumpet of coppe that were placed in the burial chamber of King Tutankhamun’s tomb in “Valley of Kings.”

The Curse of King Tut Tomb

“Death will strike with the wings of who disturb the king’s peace.” Amid the stunning colorful decorations that you will see inside King Tut’s tomb in the Valley Of The Kings, you will find this message was carved in the walls of the cemetery. 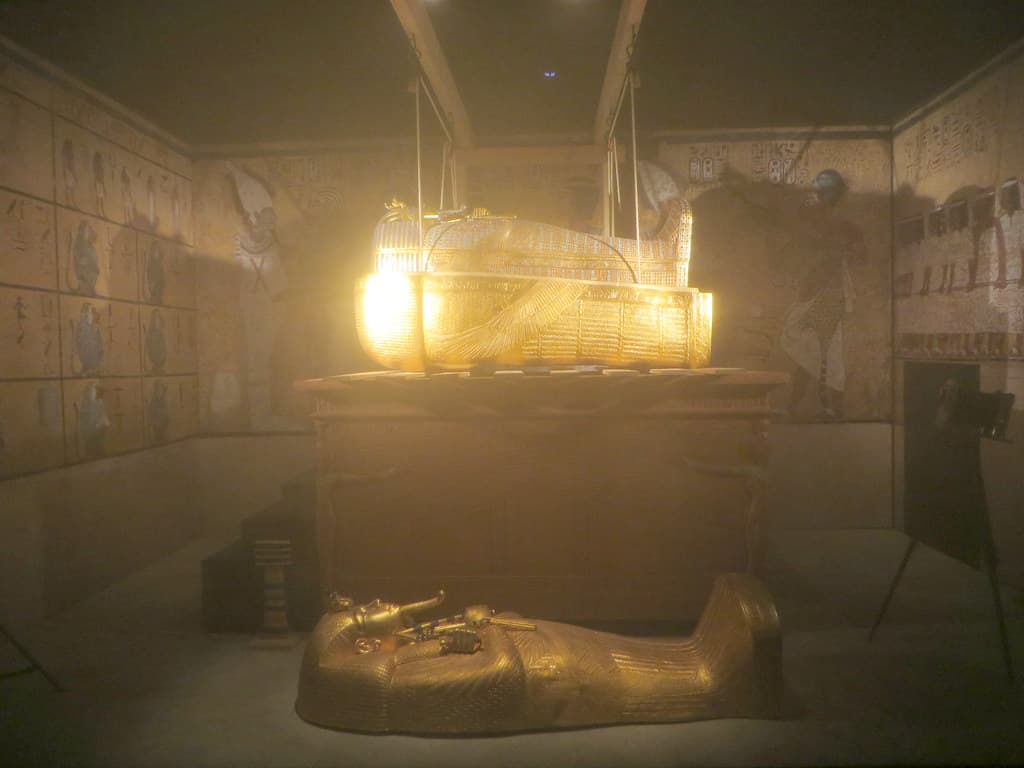 Another suspense had waved around the King Tut Tomb, which has caused of making it an amazing place beside the rare King Tut’s treasure, and the story of Tut’s life and the challenge that had faced him while his reign and that appears clearly in the mummy of Tut, there are stories became to prove a rumor of the curse of King Tut Tomb.

A poisonous insect carrying a type of bacteria pecked Car Navon, the financier of the archaeological mission, struck him with a mysterious fever that no one of the doctors found an explanation for, and at midnight of the opening of the cemetery, the Lord died in Cairo, then the power was cut off, which led the newspapers to link the death of the Lord with what happened for the lights and thought that it was ordered by King Tut, and the astronomer said to Ancilan: “Tutankhamun has avenged.”

But what is proved now that hundreds of feet come into and go outside the King Tut Tomb daily with a welcoming as if the King Tut invites the world to know him and reveal his name after his enemies had tried to remove it from history, to get to know about his greatness by a unique stunning treasure. 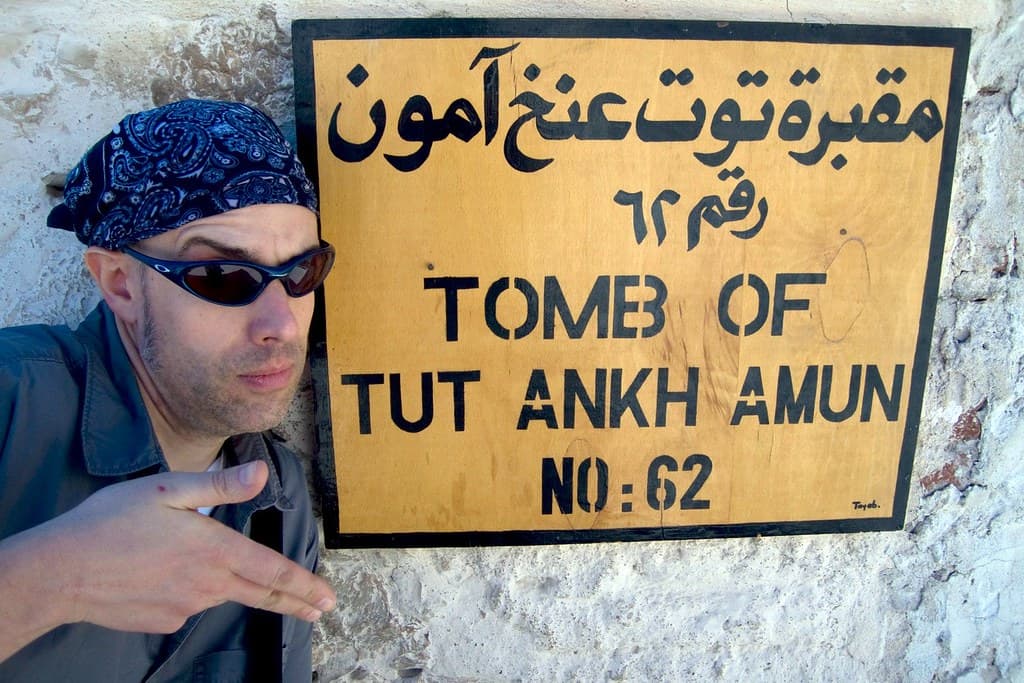 You can visit this boy king tomb in the valley of the kings just cross the Nile to the west bank. The cost to visit the tomb is 250 LE.

The full collection of King Tut is set now in one place for the first time, which is the Grand Egyptian Museum in Giza. Its entrance fee costs 500 LE.

What is King Tut most famous for?

After the discovery of king Tut in the Kings Valley 1922, the Egyptologist were wondering about the name of this King and based on his Khartoush "oval shap containing the royal names" it was pronounced Neb Khebrou Raa, means the royal wisdom of God Ra. However in the modern days they, found another name "Coronation name" that was gen to him, Tutankhamun.

How old was King Tut when he died?

Most theories gathered that King Tut was 19 years old when died.

King Tut Mommy is now located in his tomb in the Valley of Kings. On the other hand, most ofhis golden treasure located at the Grand Egyptian Museum or the GEM. 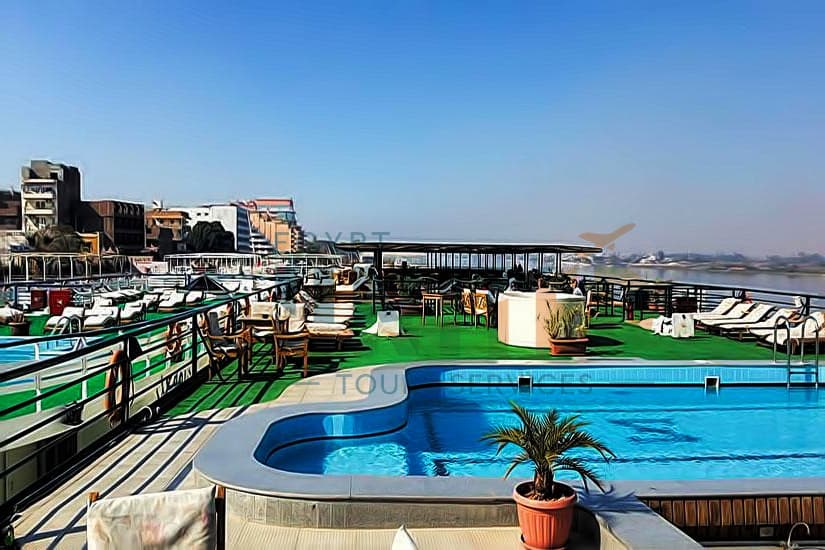 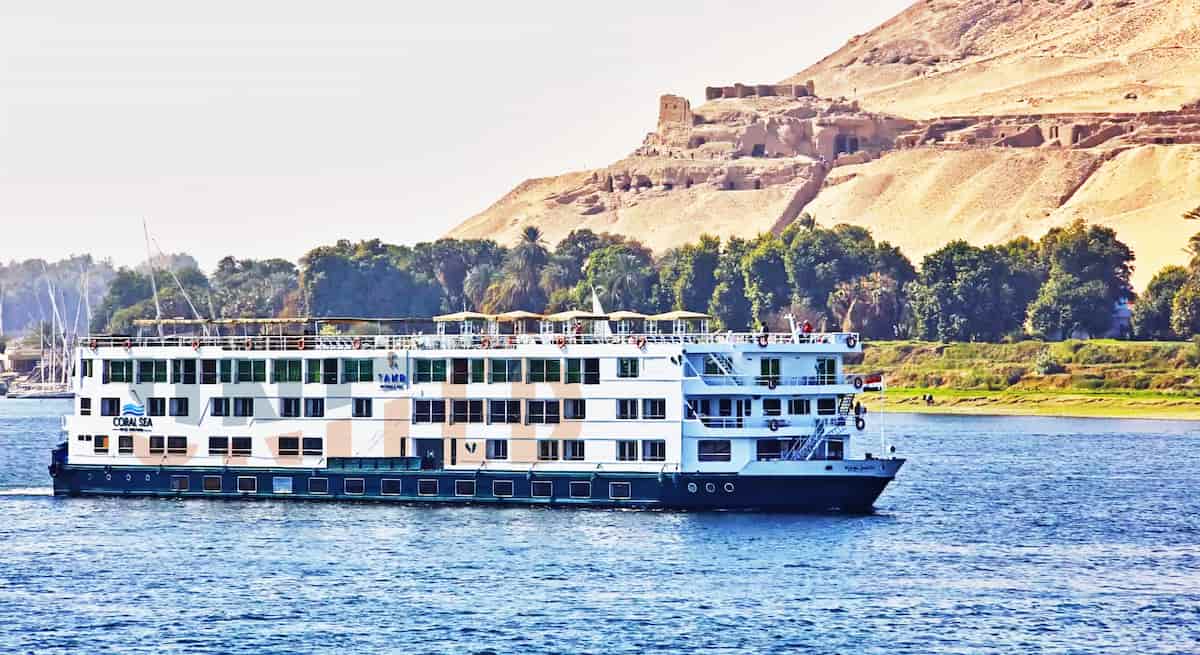 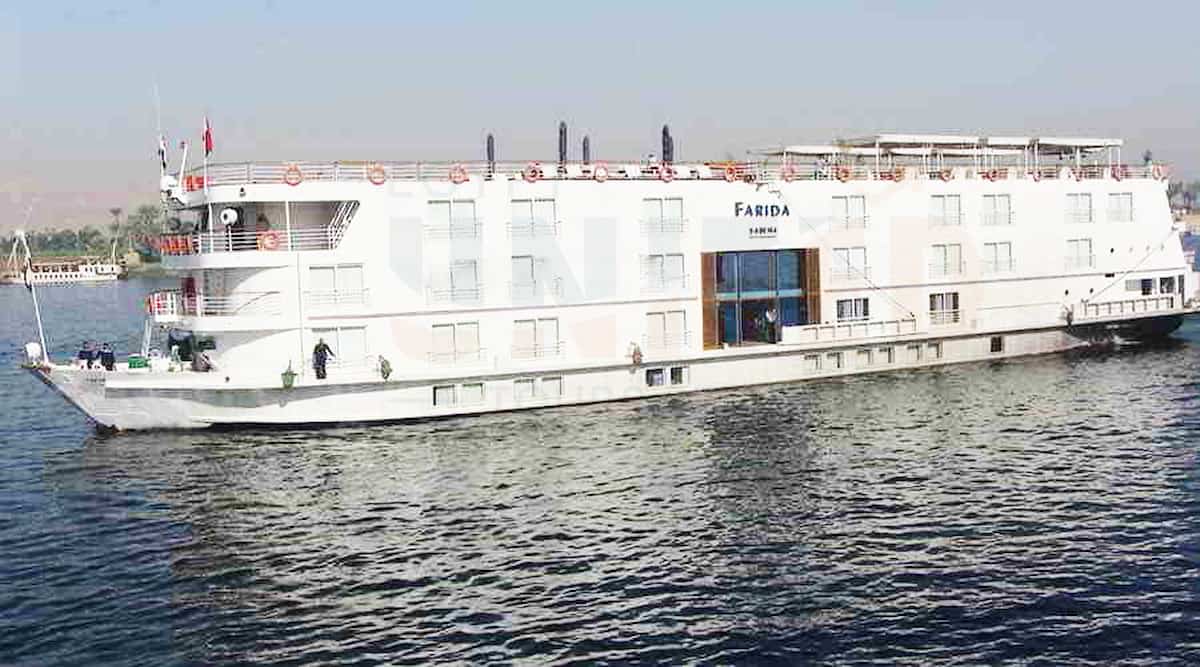 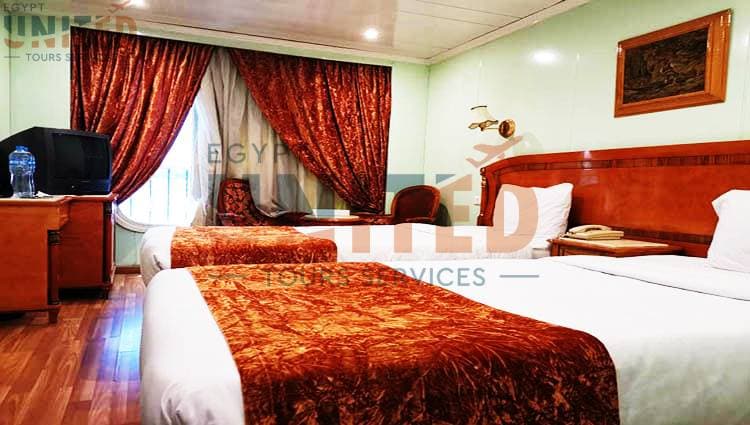