Egypt is an oasis in the desert of the northeastern part of Africa. It is vastly dependent on the yearly inundation of the River Nile which supports its agricultural population by providing fertile soil for cultivation. From ancient times the nation’s wealth came from the fertile floodplain of the Nile valley, where the river flows and forms the Nile delta, in which it forms fan-shaped alluvial deposits and the river gets divided into several branches at the northern part of present-day Cairo. Between the floodplain and the hills, a variable band of the low desert was present which supported various kinds of game. The River Nile was the one and transportation artery of the Ancient Egyptian Civilization.

The First Cataract at Aswān, is the place where the riverbed has turned into numerous rapids by a  granite belt, was the country’s only recognized boundary within a populated area for the Ancient Egyptians. To the south, the area of Nubia existed which was inhospitable in nature. In this region, the river flowed in between the low sandstone hills which left only a very narrow strip of cultivable land. Nubia was very important for Egypt’s southward expansion and for access to products from the southern region. To the west of the Nile, arid Sahara prevails, broken by a chain of oases some 120 to 183 miles (200 to 270 km) from the river and it lacks any other resources except a few minerals. The eastern desert, between the Nile and the Red Sea, was very important, as it supported a small nomadic tribal population and desert-based sports or games, and this area contained numerous mineral deposits, which includes gold, and it was the route to the Red Sea.

To the northeast lay the Isthmus of Suez. It was the prime route as it was a means of communication with Sinai. From this area came turquoise, copper, and contact with southwestern Asia was established from this area and it was  Ancient Egypt’s most important area of cultural interaction, as the nation received support for technical development and cultivars for crops from this area. Immigrants and the ancient invaders crossed the isthmus into Egypt being attracted by the country’s stability, wealth, and prosperity. Late 2nd millennium BCE onward witnessed numerous attacks which were made by land and sea along the eastern Mediterranean coast. 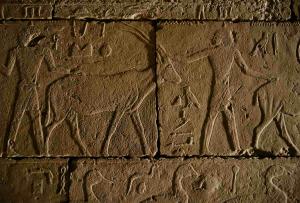 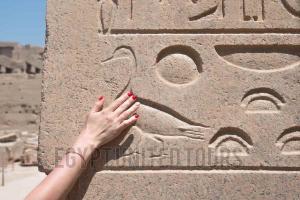 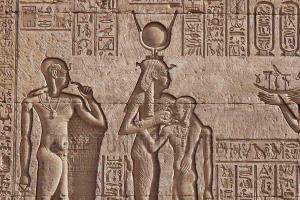 Women in Ancient Egypt Except for hard labor and jobs that require muscles, women in ancient Egypt 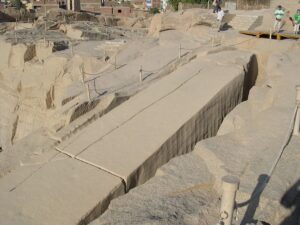