Some top sweets and desserts in Egypt that you must try !!

One of the first must-try items in the list of sweets and desserts in Egypt is Basbousa. It is famous in the entire Middle East and appears to be a lovely treat in which you can add your own twist.

Rich and heavy Basbousa is made from only a few ingredients like coconut, ghee, milk semolina, yogurt, and syrup.

When it comes to texture, it is super soft, moist, and pleasant to have. Many people top it with rosewater, scoops of their favorite ice cream, or simply have it with a cup of coffee.

Baklava is one of the famous sweets and desserts of Egypt whose existence has been traced back to the Ottoman Empire. Currently, the dish has become popular not only in the Middle East but all over the Levant, Greece, and Central Asia.

There is a variety of Baklava found that come with nuts and creams. But the popular ones have layers filled with almonds which are then held together by syrup.

The dessert is reviewed to be quite delicious, crispy, and flaky in nature. According to the people of Egypt,  It’s the trickiest of all the desserts to create.

Here comes another famous item in the list of Sweets and desserts in Egypt called Halawet EL Jibn. This dish has a Lebanese origin and gained a big reputation among the Arabs as well.

It can be described as sweet cheese rolls and has an exotic texture. First, the sweet cheese dough is filled with clotted cream and dry fruits.

Then it is further processed for decoration which is completed with a sprinkling of orange blossom or syrup to enhance the fragrance.

Feteer Meshaltet is one of the oldest Egypt sweets and desserts that you would come across. Its roots can be traced back to the ancient Pharaonic era when the dish was offered to the Gods.

Feteer Meshaltet gives a vibe same-alike croissant but is completely different from that. It is flaky layered, covered in honey, and garnished with either jam or cheese.

The dish requires one to have some energy to roll the dough if they want it to be perfect.

If you want to experience the best of Egypt, then do not miss out on this popular dessert called Umm Ali meaning “Ali’s mother,” which reflects the gruesome history behind it.

It is considered as the national and the beloved recipe among all the desserts and sweets in Egypt. Anyone who has not tried it yet must know that the dish is similar to North America’s bread pudding.

Umm Ali is prepared with puff pastry layers which are flavored with pistachios, almond flakes, raisins, and sugar. Then it is baked in the oven in the end. The earthy flavor brings joy to anyone who tries it.

Meshabek is another famous sweet or dessert in Egypt which can be found in any local shop or prepared at home.

It’s bigger in size, transparent, and is widely popular in India by the term ” jalebi”. Meshabek is prepared by deep-frying flour batter and then soaked in syrup.

This dish does not only taste sweet and tangy but crunchy as well. People often add some twist to it by including toppings of their choice like crushed nuts and others. The dish is found throughout the year but more especially during Ramadan time. 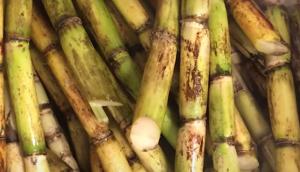 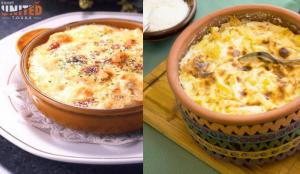 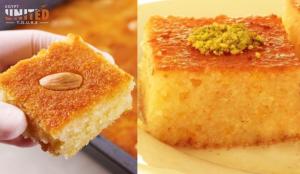 Basbousa Basbousa is a sugary semolina "cake" with a distinct buttery flavor, a signature 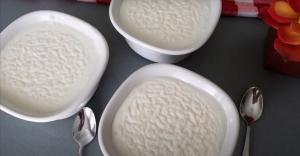 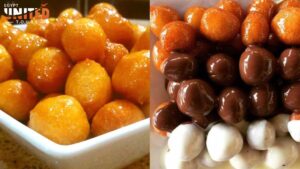 Mouthwatering Egyptian Desserts You Should Try

How Unique Are the Desserts in Egypt? It will be a great tour when you walk through Egypt streets,