Egypt United Tours › Questions › How much money a trip to Egypt Costs?

How much cash should I bring to Egypt and in which Currency?

1
All Questions and answers about Money in Egypt, How much cash should I bring to Egypt? The best currency to take to Egypt, Is Egypt cheap or expensive? Using American dollars and Debit Cards, Egypt meals and drinks cost, transfers cost. We got you here all the most frequently asked questions about spending in Egypt and what tourists to Egypt need to know about money in Egypt.
August 28, 2021 | John K | 1 answer

How much cash should I bring to Egypt?

The Egyptian Travel Law is answering your question here about How much cash should I bring to Egypt?.

According to the Egyptian Tourism Authority, They are not recommending to bring into the nation more than 5,000 EGP (around 320 USD) in local money. At a currency exchange, you can bring up to 10,000 USD or the equivalent in foreign money. Booking at Egypt United Tours programs will include the prices of accommodation, transportation and some meals depends on your request.

Currency exchange to EGP
to EGP

The best currency to take to Egypt

El-Egyptian Pound is Egypt’s cash (LE). Before you travel to Egypt, do not exchange your money. In Egypt, you’ll get a better deal on your dollars and other currencies. A variety of currencies are accepted for payment. In Egypt, you may change part of your money at the airport, and there are a number of banks that can assist you as well. Those are the safest places to exchange your money, according to our research. here is the a link for

How much money a trip to Egypt Costs?

It’s estimated that 8 days in Egypt, including Airfare, a Nile cruise, private transportation and private guide, will run about $2,400 per individual. Not a bad estimate, even if it involves personal guides for all of the places and activities in the city.

Is Egypt cheap or expensive?

Europe, North America, Japan, Australia and New Zealand are more expensive to travel than Egypt, which is significantly cheaper. It costs about the same to travel across Egypt as it does to tour Southeast Asia. As a budget tourist, you can see and experience a lot in Egypt without spending a lot of money. Also, the living expenses aren’t very high as for the meals, transportation, hostels, etc.

A 100 dollars is comparable to roughly 1570 Egyptian pounds now in 2021, which is enough for a family of four in Egypt to enjoy a good 3 to 5 days gathering outside, go to the cinema, and have dinner in a mid-range restaurant. It is a good amount, but not “a lot”.

Using Your Debit Card in Egypt

You may use your Visa debit card to make everyday purchases anywhere the Visa logo is displayed. Your HSBC debit card is accepted in thousands of retail establishments in Egypt, as well as in over 28 million outlets worldwide. A third way to move money in a secure manner is by using credit cards. Visa and MasterCard are the most often accepted credit cards at Egypt’s mid- and high-end hotels. There are fewer American Express users, although they are generally ok to use in high-end facilities. In Egypt They don’t use Diner’s Club.

Its currency is the Egyptian pound (LE). You don’t have to change money before arriving in Egypt. Dollars aren’t accepted everywhere. As compared to the United States and Europe, Egypt offers superior rates on foreign exchange. Swap your international funds for Egyptian Pounds instead of buying things with them.

Most of the world’s major tourist destinations are more expensive than Egypt – which is by far the cheapest place to visit. Without spending much money, you can see and do a lot in Egypt, even for budget tourists, such as Coptic Cairo, the Egyptian Museum, and most of the places in Cairo. Meals and drinks are very cheap also.

There are many other questions you might need to ask about Money in Egypt and we got below the most frequently asked questions:

How much is a taxi from Cairo Airport to downtown?

An airport taxi will cost you roughly 150 EGP. Taking a taxi from Cairo Airport (CAI) to Downtown Cairo takes at least 18 minutes. You may have a convenient and comfortable ride to your destination from the Cairo Airport, Uber is also available there!

How much is a Big Mac in Egypt?

The expenses in Egypt are lower than the average of the US for example by 59.01%. For instance, a big mac in Egypt McDonalds branches charges you with 80 EGP which is equivalent to 5 USD.

How much is entry to the pyramids?

An entrance fee of 200 Egyptian pounds is required to get to the great pyramids. The Great Sphinx and other temples are included in the price of all basic tickets. To explore the interior of the Great Pyramid, it would cost around 400 pounds. As for the middle and the small pyramids, it would charge a 100-pound worth tickets each.

How much does a Nile River cruise cost?

Starting at $380 per person for a 4-day trip, the price rises to $480 for high-end cruises. In its smallest form, the Nile cruise lasts for three days and two nights and costs less than $200. Cairo to Luxor/Aswan multi-day cruises include either a return train ride or a fly.

How much is the sleeper train from Cairo to Aswan?

How much is Coke in Egypt?

A can of Coke could cost you 5 pounds (0.3$) to buy. Other canned juices and other types of soda drinks have almost the same price which is not very expensive compared to other countries.

How much should you tip in Egypt?

In Asia and the Middle East, tipping is known as “backsheesh.” When dining in a restaurant or cafe, it is customary to leave 10–5–15 percent of the bill as a gratuity, whereas street vendors and marketplaces can accept loose change as payment.

How much is a meal in Egypt?

Food prices in Egypt vary, but the average cost per day is 300 EGP (20$ USD) (. In general, breakfast prices are lower than lunch and dinner pricing. In Egypt, the price of meals at sit-down restaurants is often more than the price of food at fast food restaurants or on the street. For an individual meal, it can vary from (100-200 EGP).

How much does it cost to go to see the pyramids?

30$ Per day, and All Our Egypt United Tours’ packages cost include a professional and experienced Egyptologist tour guide who will make your tours around Egypt easier, more fun, and most importantly informative. Having a professional tour guide and coordinators in general will ease the experience for you, so you won’t worry as much about the airport procedures or checking-in.

How much is a visa to Egypt cost?

Foreigners are required to obtain an Egypt visa. Cairo International Airport has bank kiosks where you may purchase a visa for Egypt for $25 USD. The visa is valid for up to a 30-day stay. 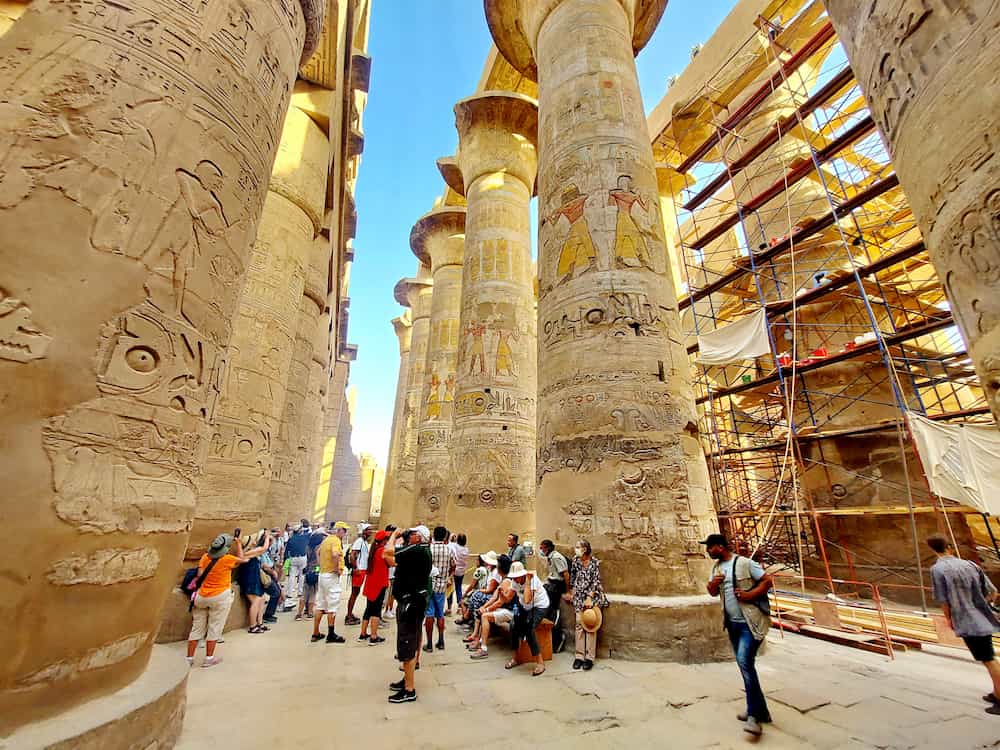 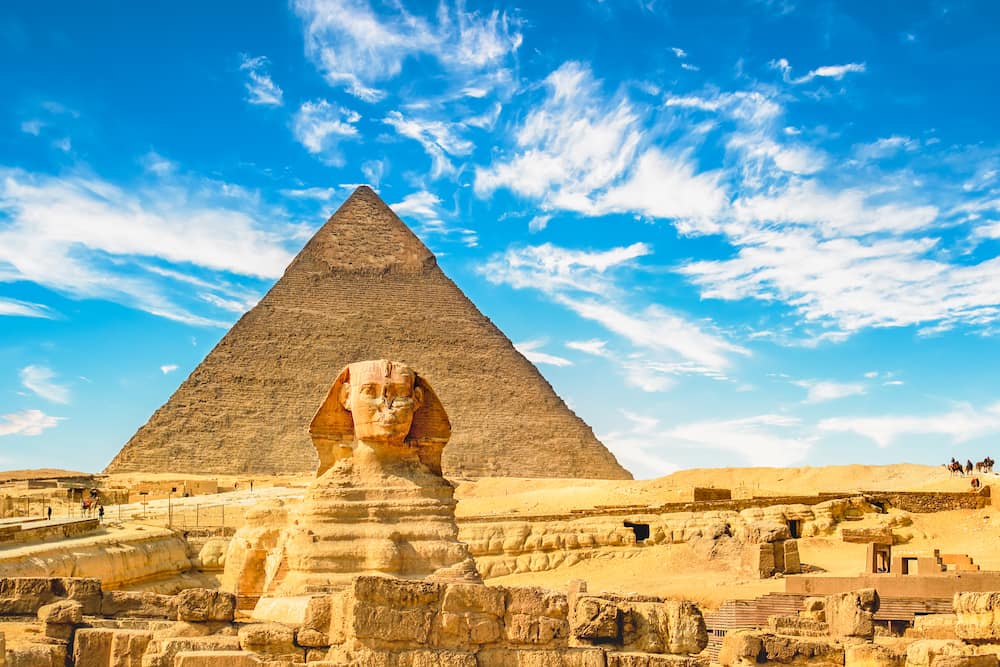 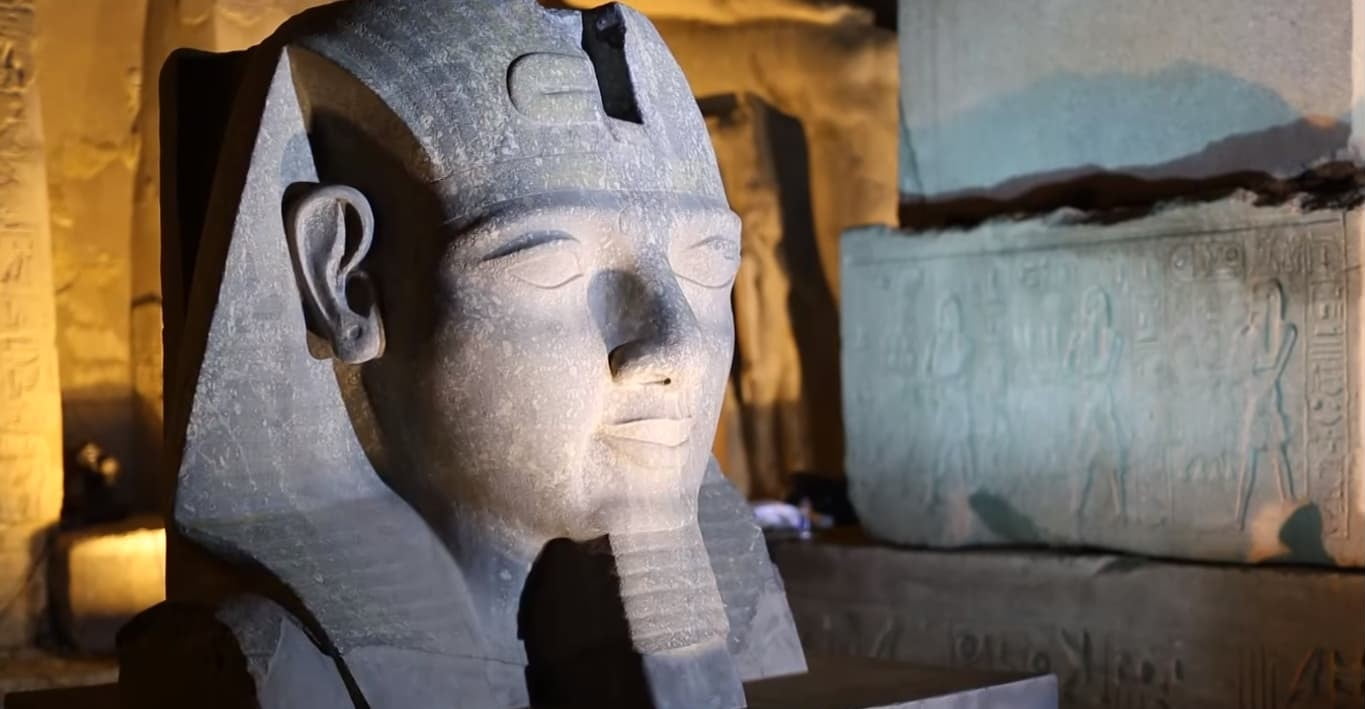 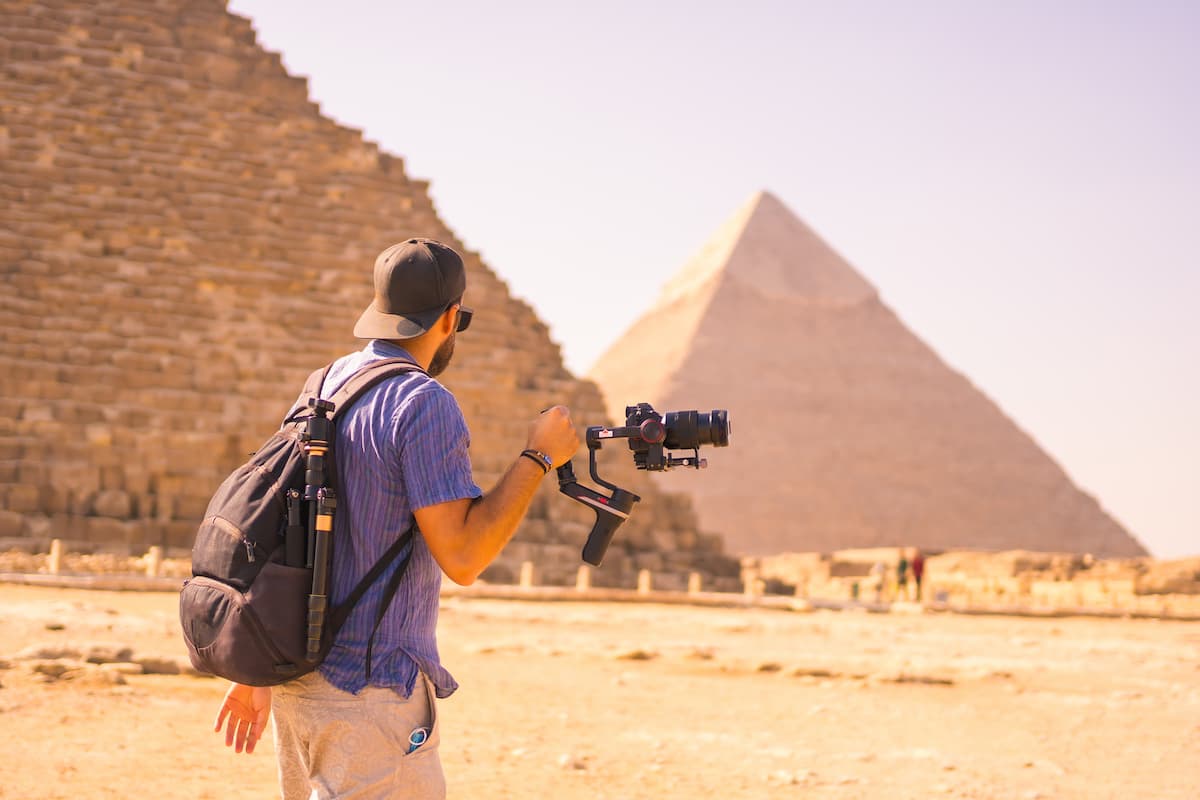 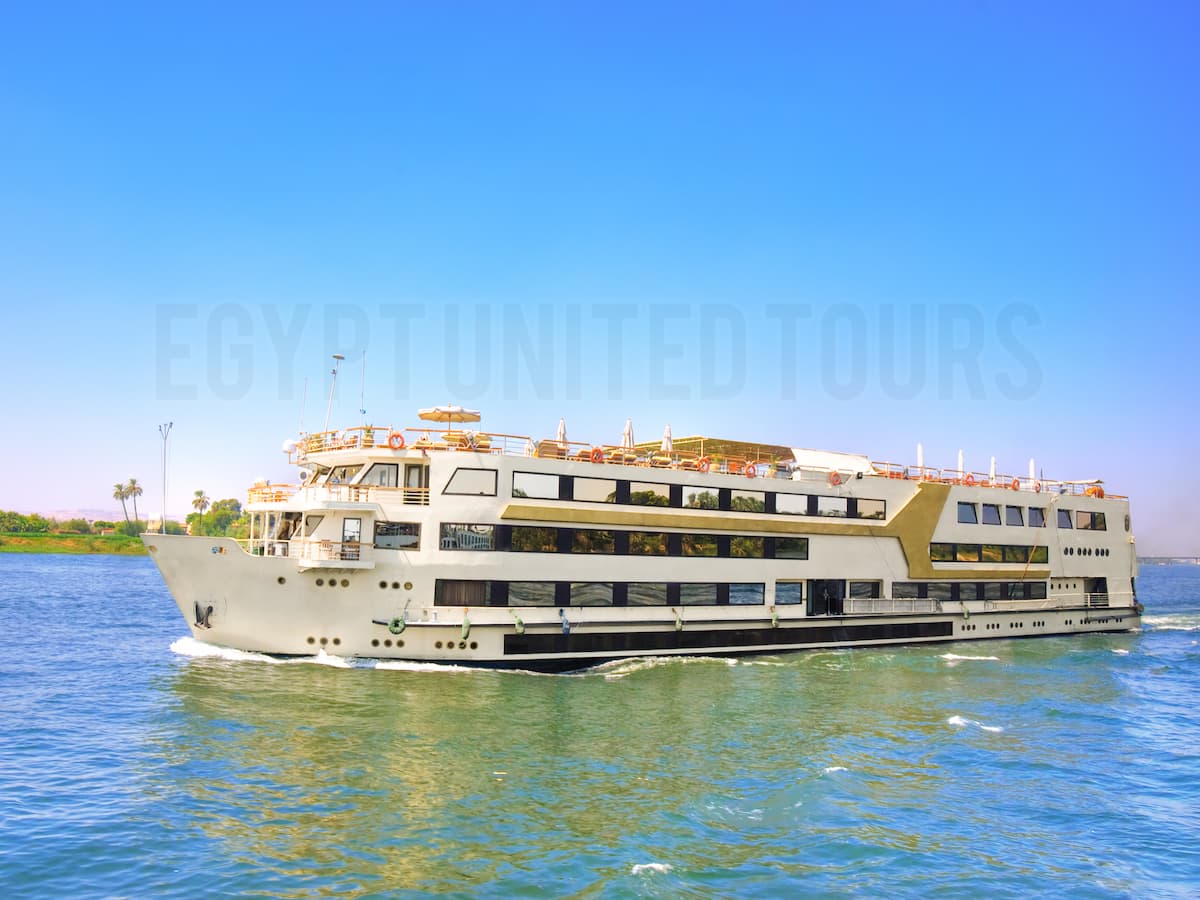 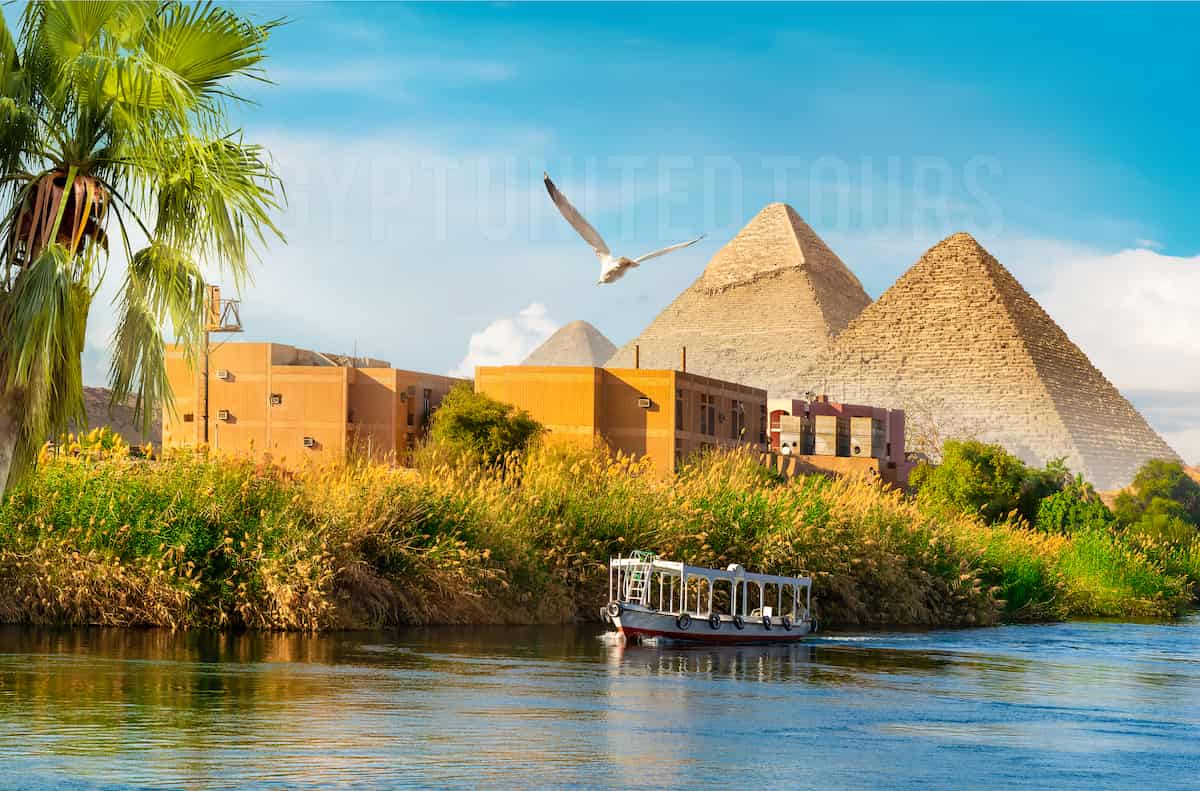 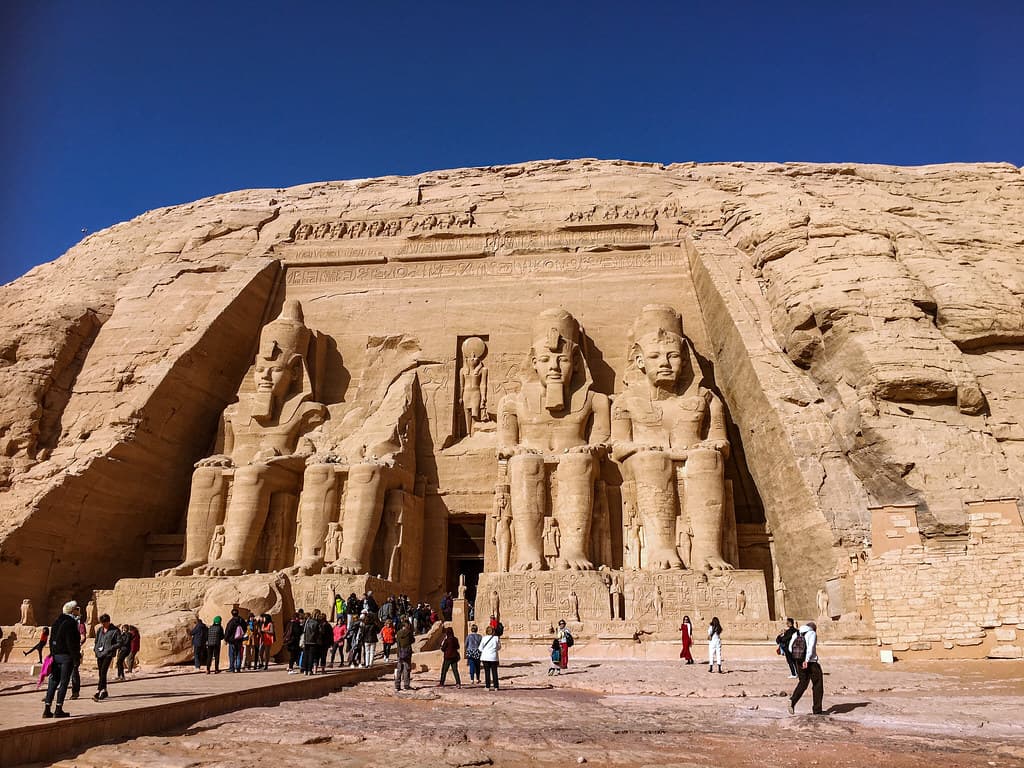