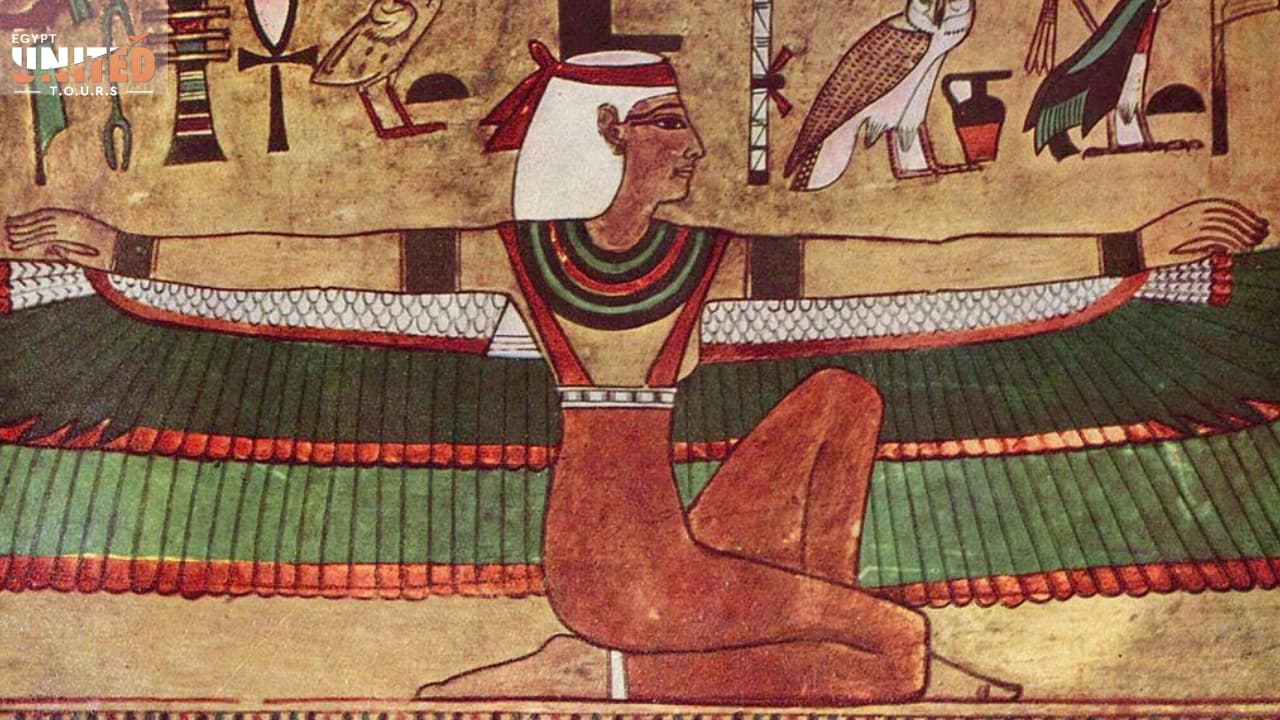 From Egypt To The Whole World, How Isis Goddess Influenced The Humanity Souls

An Egyptian goddess proved her popularity that transcends from Egypt to expand to all corners of the known world; Her worship spread from England till arriving at Afghanistan and cross throughout all regions of the Roman Empire; So, who is this powerful Goddess?! many historians believe she was goddess Isis; Clearly she was one of the most important deities in Egypt, the princess of the dead, the goddess of the moon, the mother of stars, and the parent of seasons. Similarly, she was the mistress of the entire world was the daughter of the gods Geb, god of the earth, and Nut, 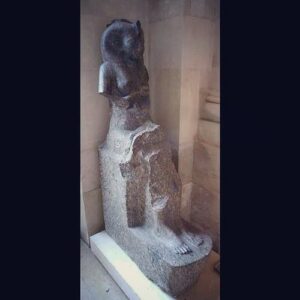 goddess of the sky.

A shock surprised the archeologists in 1912 in London related to the greatness of this goddess, the deity of healing and magic, Isis goddess, as they have found evidence proving that there was a temple dedicated to her in England, as they had discovered a first-century A.D. Roman jug bearing the inscription “Londini ad fanum Isidis that translated “to London, next door to the Temple of Isis,” which makes sure that Isis worship went extend far away from North Africa.

The ancient Egyptians adored her for thousands of years because of her love for her husband Osiris and her son Horus, and her worship spreads for the first time around the Mediterranean after the establishment of Hellenistic rule in Egypt in the fourth century BC.

Her worship traveled along the trade routes to the coastlines of modern-day Syria, Palestine, and Turkey during the Ptolemaic influence that spread throughout the eastern Mediterranean. And with the Roman reign, her worship went even farther afield.

In Greece, Isis was originally related to Demeter, goddess of agriculture. And in Lebanon, she was linked with the Middle Eastern goddess Astarte. In the Roman Empire, she was associated with Fortuna, goddess of luck, and Venus, goddess of love. The first- and second-century A.D. Isis was likened to Persephone, consort of Hades, the lord of the underworld.

If you need to sail in the sea of Isis stories that reveal her power, greatness, and influence across the world, sail through the Nile to cross in the same way that Osiris god had cut to visit his wife Isis goddess to find in front of you Philia Temple where the pharaoh, queen, and nobles stand in majestic 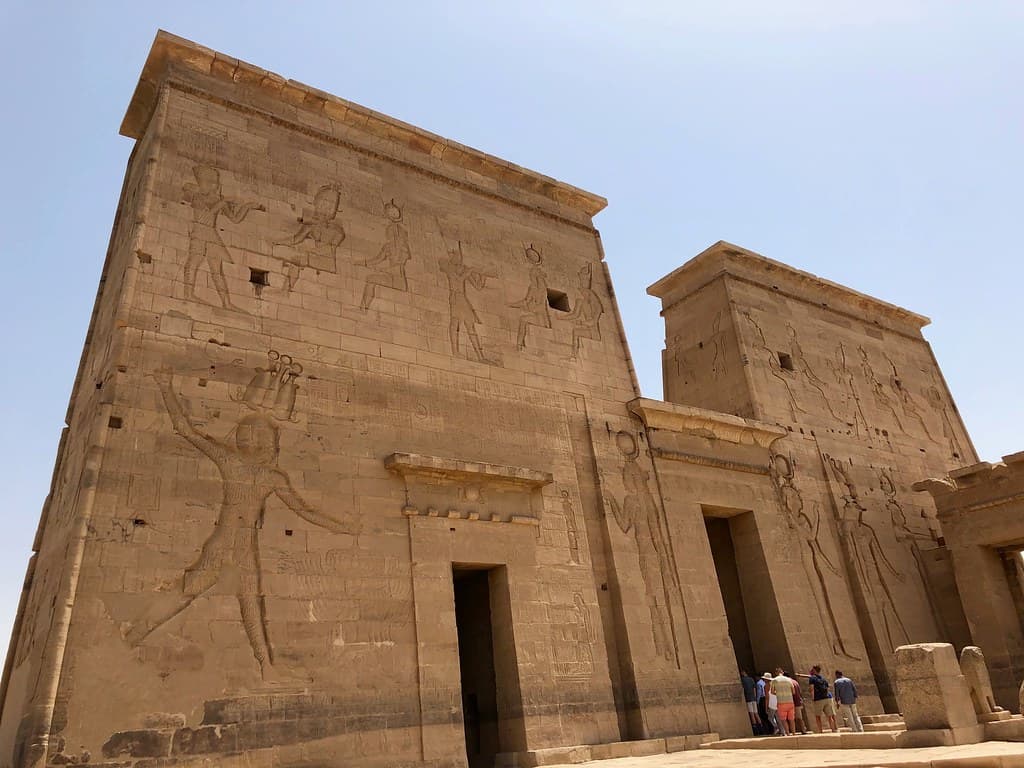 How the Ancient Egyptians Sanctifies the Egyptian Goddess Isis

For the ancient Egyptians, the Isis goddess was considered the mother of all the pharaohs and the mother of the most powerful god, Horus, that is why Isis goddess is called the mother goddess as she was representing the maternal spirit in the purest form. Not just that, but also she was the pure wife that fiercely devote her life to her husband Osiris and her son Horus, and became the role model for the Egyptian women. 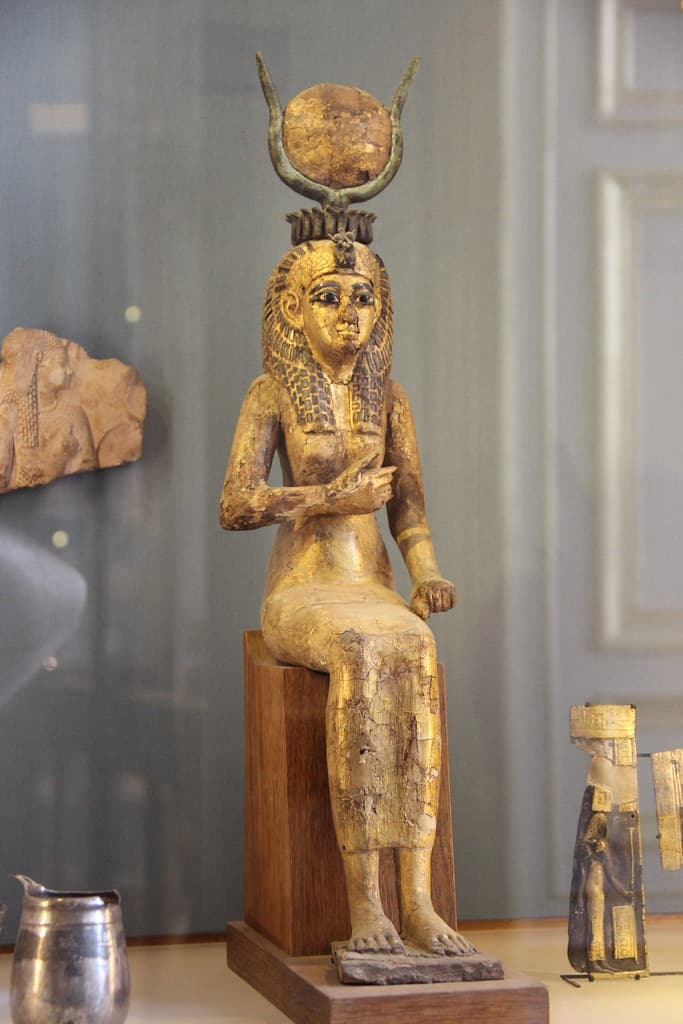 One of the most popular telling of Isis, is that she married one of her brothers, the god Osiris, and set a great example in helping her husband in ruling the world with justice. But Osiris is murdered by his jealous younger brother Set, who dismembers Osiris’s body and scatters it. Isis does not abandon her husband even after he is killed; she searches the world to collect the pieces and puts him back together in the Philae temple. 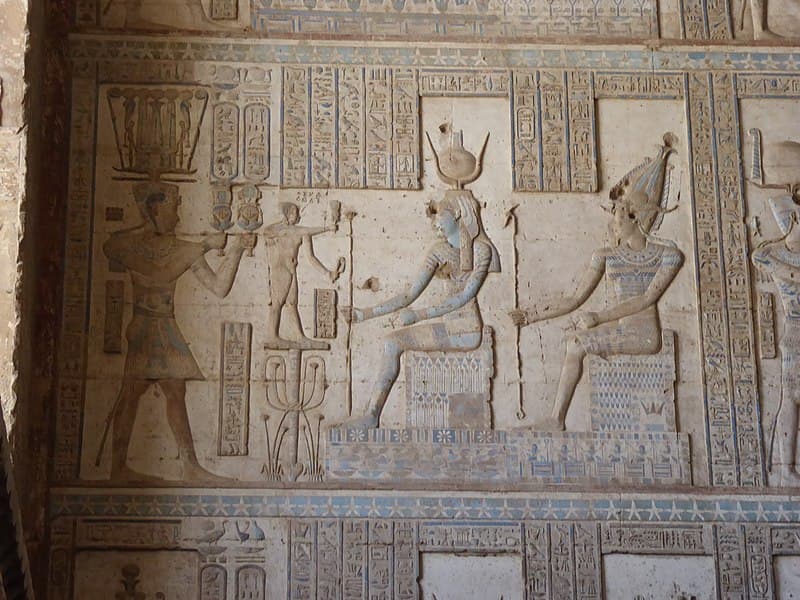 Osiris is revived and becomes the lord of the dead rather than being the lord of the living. Isis gives birth to a son, Horus that grows up to banish Set, restoring order to the world. The ancient Egyptians held an annual celebration to honor the goddess Isis. So, she was known for her magic, her beneficent power in daily life and even in the afterlife. 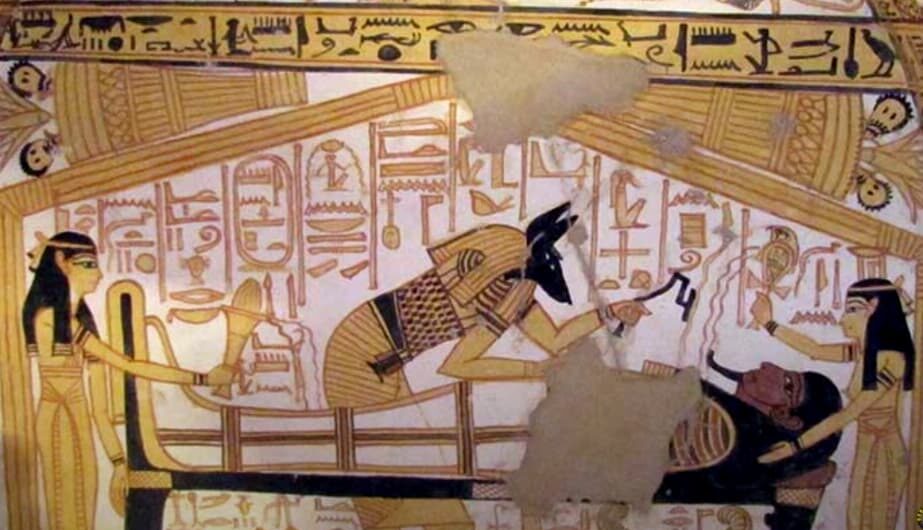 Isis was the protector of all the dead, not just the pharaohs and their families at the top; she was a magical healer; she cured the sick and brought the deceased to life, so Isis was the principal deity in rites connected with the dead.

You can see her name obviously was carved in the pyramids texts, and it was the earliest mention of Isis in the Saqqara pyramid that dates back to the old kingdom (2575 to 2150 BC), and in other texts that were carved in the pharaonic tombs that reveal the pharaonic funerary rituals and beliefs about the journey of kings through the afterlife, that what will you see in the valley of the kings and the valley of the queens.

Isis was the ancient Egyptian goddess of fertility, and they considered flood season Isis’s tears mourning her husband Osiris; On other hands, shewas also known as the goddess of the moon.  She was known in Egypt with Auset, Aset, or Eset, which are words that were often associated with the word for “throne.”; Finally, the name of Isis, it is her name that the Greek gave to her. 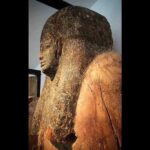 While Alexander reign, the worship of Isis Goddess would flourish and expand beyond Egypt. And within the Ptolemaic period, the temples of Isis were erected throughout the Mediterranean world. One of them was the temple of Isis on Delos in the Aegean, which was an important trading post in the Ptolemaic era.

But still, Egypt is the most country in the world that celebrates the mention of Isis goddess in various temples, representing the different Isis Goddess symbols, as a woman on the brow of the forehead of the moon. There are symbols that depicted her as a slim woman wearing a sheath dress, she is often shown with a throne on her head.

How did Isis get pregnant?

Ra employs the eye as a tool against people who have fought against his dominion in the narrative known as the ruin of Humanity, which is told in the Book of the Heavenly Cow from the New Kingdom (c. 1550–1070 BC).

Who is Isis married to?

Isis was a queen and a good wife who has always stories about supporting her husband, King Osiris of Egypt, and taught Egyptian women how to sew, cook, and make beer.

Who is the most powerful Egyptian goddess?

Isis, the Egyptian mythology's most successful and influential goddess. She was involved in almost every area of human existence and was eventually raised to the rank of divine beings, "Mother of the Gods," who looked after her other gods as well as humans.

Are Isis and Hathor the same?

Both gods symbolized motherhood and parental bonds and connections, yet they are not the same. Isis' mythology is centered around affection, loyalty, death, resurrection, and reincarnation, whereas Hathor is the more feminine deity of pleasure, dancing, and the arts. Isis is known to be in the Egyptian mythology to be the Great Mother.

How did Osiris become a god?

Isis, the fertility goddess was regarded by Siris as his queen. She discovered the casket carrying Osiris' body and reassembled the fragments, bringing him back to life with the assistance of other gods and goddesses. Osiris was thereafter elevated to the position of lord and the god of the underworld, regining the underworld.

Who are the 5 major Egyptian gods?

The five main powerful Egyptian gods and goddesses who were adored and treasured by ancient Egyptians were Horus, the falcon-headed deity, Isis, the goddess of motherhood and fertility, Osiris, the god of the afterlife, Anubus, the god of mummifying and death rituals, and finally Maat, the god of truth, law, and ethics.