Before we talk about the best hotels in Egypt, have you ever heard of the country of the 7,000-year-old civilization? More than 7000 years ago, on the hot dry sand of Egypt and in very unbearable living conditions, the pharaohs of Egypt started the foundation of one of the greatest civilizations of all time. They created, and invented all types of industries: agricultural, and industrial, they invented science and amazed the world with outstanding engineering skills. Moreover, they protected the civilization they made with their lives.

The amazing civilization we are talking about is Egypt. Although this was thousands of years ago, annually more than 10 million tourists fly to Egypt, the land of the pharaohs, to explore the heritage the pharaohs have left and to see how Egyptians take pride every day in their nation and history. Tourists’ top favorite locations are usually the Pyramids of Giza, the Sphinx, the Valley of the Kings, and many other fascinating ancient heritages. The attractions are numerous, and the architectural gems never grow older, but they always grow prettier.

To ensure a comfortable and special stay for the tourists who decide to spend their vacation exploring the Egyptian sites, Egypt has invested in building visually astonishing hotels that represent very well the Egyptian heritage. Go through this article and explore the origins and the back story of the top 8 famous hotels in Egypt.

The elegance and the originality of the architecture and the structure of this hotel is indescribable. It is famous for its historical value. El Gezeirah Palace was originally built for Khedive Isma’il Pasha to host international visitors coming to witness the inauguration of the El Suez Canal. In the period of World War One, it served as a large hospital for coping with the war injuries. El Gezeirah hotel hosted main historical figures, such as Empress Eugenie, wife of Napoleon III.

The great wedding of Khedive Ismail was held in this hotel, and it lasted for 40 days of celebration and national happiness. In 1970s, two towers were constructed to complete the hotel structure, and finally it was celebrated in its final shape in 1982 under the name of Cairo Marriott Hotel. It consists of more than one thousand room, so it is considered to be one of the largest hotels in the Middle East. Marriott Omar El Khayyam is one of the best hotels in Egypt for your stay in Cairo.

With all gratefulness to Howard Carter’s discovery of Tutankhamun Tomb in 1922, Sofitel Palace Hotel was put on the map to host the massive number of visitors who was flying into the country to explore this unforgettable discovery. Not only regular visitors, but also international press and history enthusiasts were pouring into the country, and therefore preparing hotels was a top priority.

The design of this hotel was created by Thomas Cook and Sons, and Cairo hoteliers and the construction was completed by an Italian firm. Then it was inaugurated in 1907 in a small picnic celebration held at the Valle of the King. This hotel has one building named the Winter Palace that was very special to Carter as it served as a newsroom.

It is listed as one of the most exclusive palace hotels in Egypt and also in the World list. This hotel is proven for its 5-star luxurious stay. It consists of 6 suites, 86 rooms, and 5 restaurants that serves all types of delicate dishes and cuisines.

Have you ever read ‘Death on the Nile’ by Agatha Christie? Yes, it is the same hotel she used as the backdrop in this novel I 1937. Some of its famous visitors are Princess Diana, Tsar Nicholas II, and Winston Churchill. It overlooks the Nile in Aswan which gives this hotel a particular taste of authenticity. It was built right after building the Cairo- Aswan railway by Thomas Cook and Sons. So people who will come by railway will find a magnificent place to stay at.

It has two wings: the palace wing and the Nile wing. The palace wing consists of 45 suites and 76 rooms, while the Nile wing includes 62 rooms and 37 suites. In the Nile Wing, all rooms and suites are accompanied by balconies for people to enjoy the river view. It’s one of tob 10 hotels in Egypt and the Middle East.

As an extension to El Khedive Ismail’s El Gezirah palace, a hunting lodge was built. This hunting lodge was later adopted by an English couple on their honeymoon who believed that living in this lodge will be therapeutic. So this lodge was rebuilt and renovated to be the Mena House Hotel. It is very obvious how much this couple loved the Egyptian heritage that they named the hotel after the first Egyptian Pharaohs. The first swimming pool ever built in Egypt was in the Mena House. This hotel was later acquired by Marriott.

Many famous politicians and celebrities have loved to stay at Marriott like Frank Sinatra who performed in a huge concert in front of the pyramids and sang ‘Strangers on the Nile.

At the same place of Le Metropole, Cleopatra has once built a temple in memory of her lover Julius Caesar which was later transformed into a church. This church was destroyed, and the two of the obelisks this church once had were relocated to London and New York. Those two obelisks are called Cleopatra needles. This hotel is still standing until today as it still features antiques and paintings that date back to the 18th century. It is known for its very popular French restaurant.

The Cecil Hotel, next next to Le Metropole, was once a sensual-style colonial hotel constructed by the Metzgers, a French-Egyptian family. During WWII, it functioned as a British Intelligence headquarters. After the famous Egyptian revolution in 1952, the Egyptian government confiscated the hotel, and the Metzger family was removed from the nation five years later.

In 2007, the family won a court fight over the hotel’s ownership and sold it back to the Egyptian government. It has entertained a variety of luminaries including novelist Somerset Maugham, statesman Winston Churchill, and gangster Al Capone.

King Farouk erected Helnan Auberge in 1937 as a fishery and hunting resort near Fayoum, about an hour and a half from Cairo. The lodge served as a center for his hunting adventures as well as a broad outdoor getaway, and a harbor was built nearby. The lodge eventually became the Auberge du Lac Hotel, which still stands on the location of the ancient dock, and it was also the venue of official meetings, including one in 1945 between Winston Churchill and King Abdel Aziz.

The hotel is well-known for the numerous black-and-white old Egyptian films that were filmed against its beautiful setting. Currently, the premium 5-star hotel has 101 rooms varying from ordinary to royal suites, as well as expansive gardens with a swimming pool and pond.

Windsor hotel is located Downtown. Its origins spin back to being a part of the bath complex that once belonged to the royal family. During the First World War, some British officers used this place as a casual club for their meetings and gathering. In the same period, it served as a British Officers Club, and it slowly gained its colonial-era neo-Mamluk architecture and look. Its exterior is very similar to the internal courtyard façades of El-Wikala Ghouri’s from the 16th century.

You can also find below also we are listing for you the top Egypt hotels in each city. 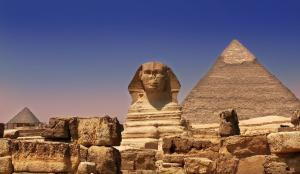 10 Best Hotels Near the Pyramids of Giza 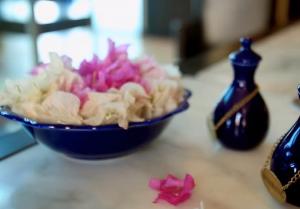 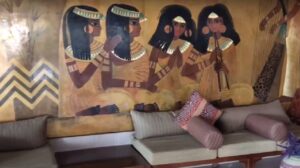 Aswan Hotels, Easily Get The Fitted Hotel For You Visiting Aswan, with its distinctive warm