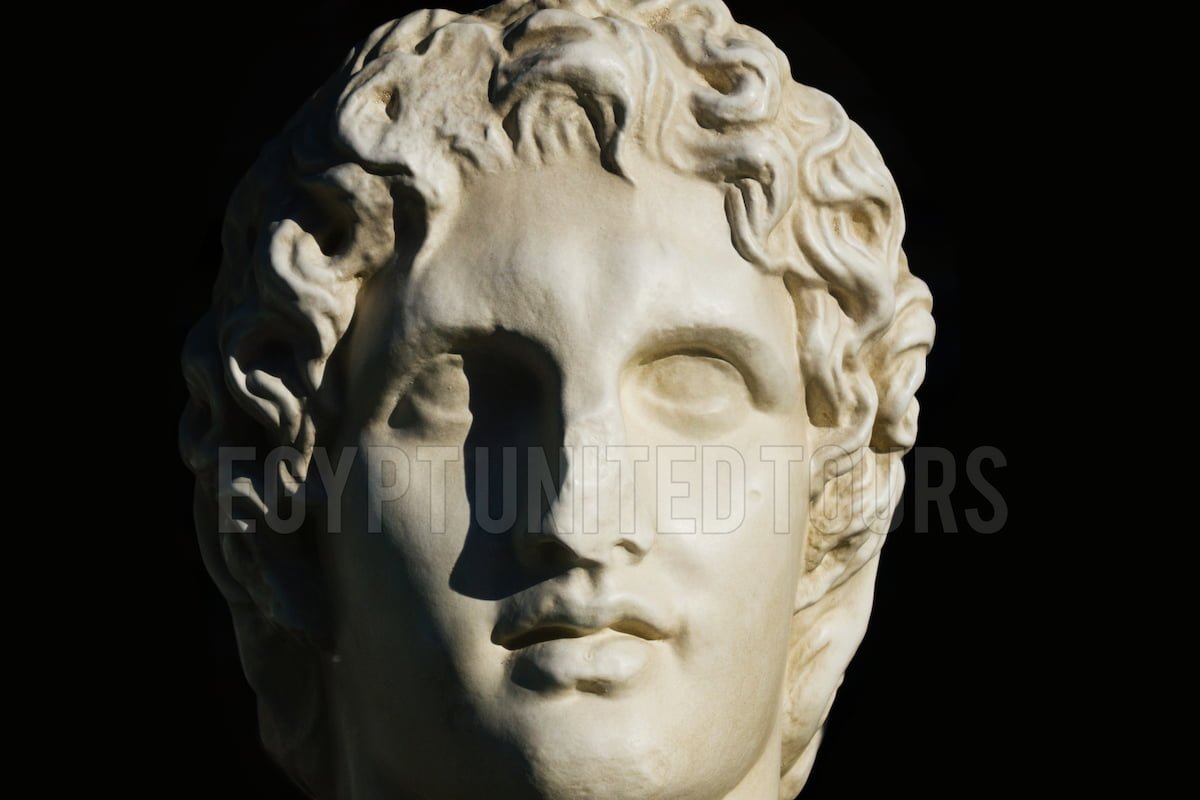 Alexander the Great, also known as Alexander III or Alexander of Macedonia, was a king of Macedonia who overran the Persian empire, carried Macedonian arms to India, and set the foundation for the Hellenistic world of regional kingdoms. He was born 356 BCE in Pella, Macedonia [northwest of Thessaloniki, Greece]—died June 13, 323 BCE in Babylon [near Al-illah, Iraq]. Already the focus of fantastic stories during his lifetime, he eventually became the hero of a full-fledged mythology that bears only the tiniest similarity to his historical career. 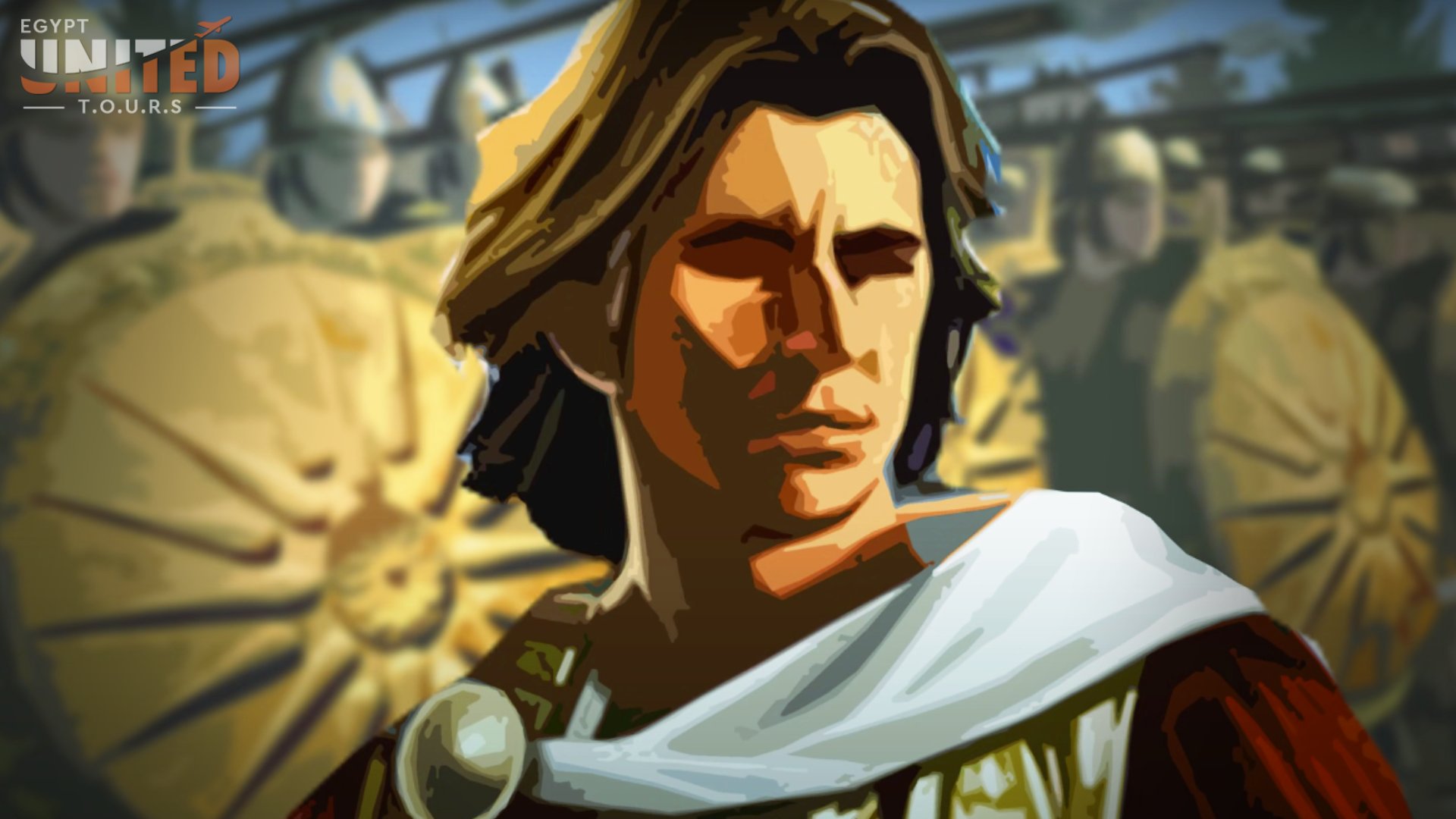 He was born in Pella, Macedonia, around 356 BCE, the son of Philip II and Olympias (daughter of King Neoptolemus of Epirus). He was schooled by Aristotle from the age of 13 to 16, who sparked a passion in philosophy, medicine, and scientific inquiry in him, although he would later go beyond his teacher’s limiting dictum that non-Greeks should be considered as slaves. Alexander fought the Maedi, a Thracian nation, when he was left in command of Macedonia during Philip’s invasion on Byzantium in 340. Two years later, he led the left wing at the Battle of Chaeronea, in which Philip beat the allied Greek nations and demonstrated personal bravery by breaking the Holy Band of Thebes, an elite special forces corps made up of 150 lovers. A year later, Philip separated Olympias, and Alexander and his mother fled to Epirus following a fight at a feast celebrating his father’s new marriage. Alexander later traveled to Illyria. The father and son reconciled immediately after, and Alexander returned, although his position as heir was compromised. 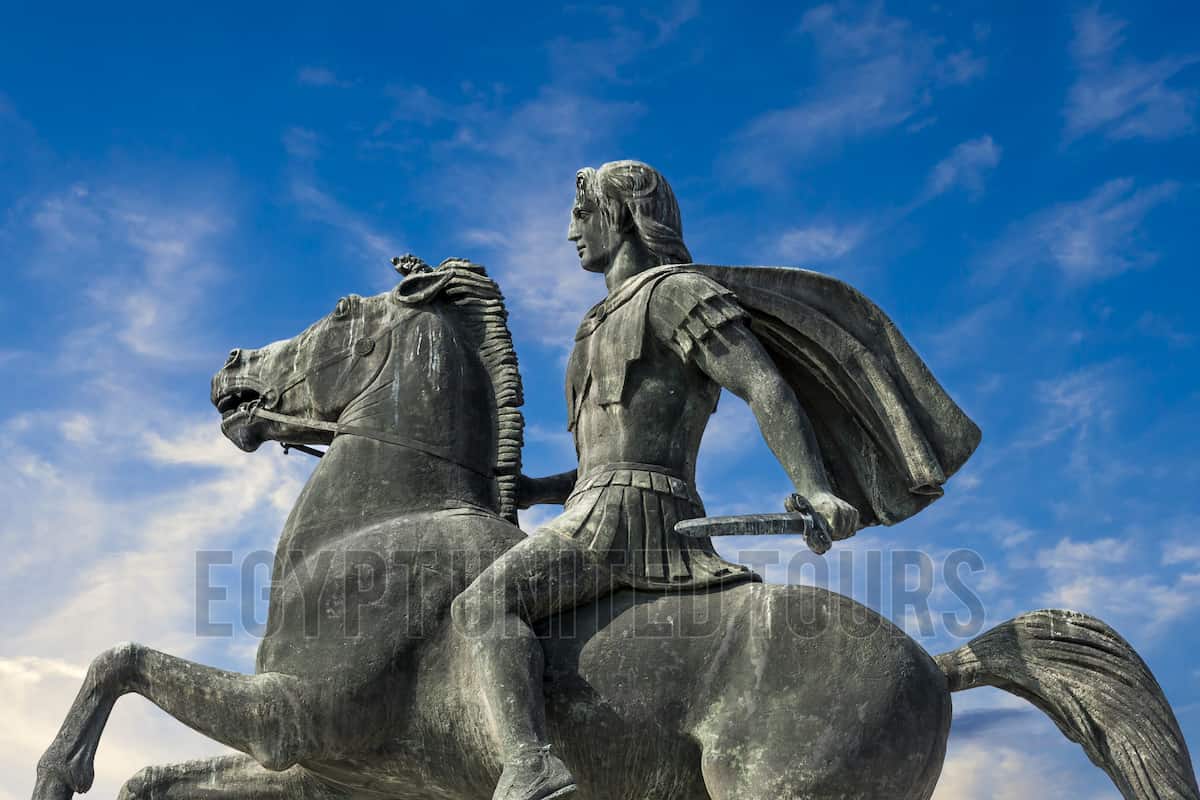 However, after Philip’s killing in 336, Alexander, who had been hailed by the troops, was able to rule without opposition. He assassinated the princes of Lyncestis, who were suspected of being behind Philip’s death, as well as all possible rivals and the entire party hostile to him. He then marched south, reclaiming a shaky Thessaly, and was named generalissimo of Philip’s upcoming invasion of Asia at a meeting of the Greek League of Corinth. Returning to Macedonia via Delphi (where the Pythian priestess proclaimed him “invincible”), he marched into Thrace in spring 335 and, after defeating the Triballi and forcing the Shipka Pass, entered the Danube to disperse the Getae, he then defeated and annihilated an Illyrian invasion force in Macedonia. Meanwhile, rumours of his death sparked a revolt among Theban democrats; various Greek states supported Thebes, and the Athenians, encouraged on by Demosthenes, voted in support. Alexander marched 240 miles from Illyria’s Pelion (near modern Korç, Albania) to Thebes in 14 days. When the Thebans refused to submit, he stormed the city and burned it down, leaving only temples and Pindar’s mansion standing; 6,000 people were slain, and the survivors were taken into slaves. This severity frightened the other Greek states, and Alexander could afford to be indulgent with Athens. In Corinth, Chalcis, and the Cadmea, Macedonian military units were left (the citadel of Thebes).

Evaluation of Alexander the Great

Little trustworthy information about Alexander’s plans has survived. Diodorus Siculus, a 1st-century Greek historian, documented far-reaching plans for the invasion of the western Mediterranean and the establishment of a universal monarchy, which were most likely based on a later forgery; if not, they were quickly neglected  by his successors and the army. He would almost certainly have completed the invasion of Asia Minor if he had lived, while Paphlagonia, Cappadocia, and Armenia remained effectively independent. However, Alexander’s latter aim appears to have been concentrated on exploration, particularly of Arabia and the Caspian Sea. 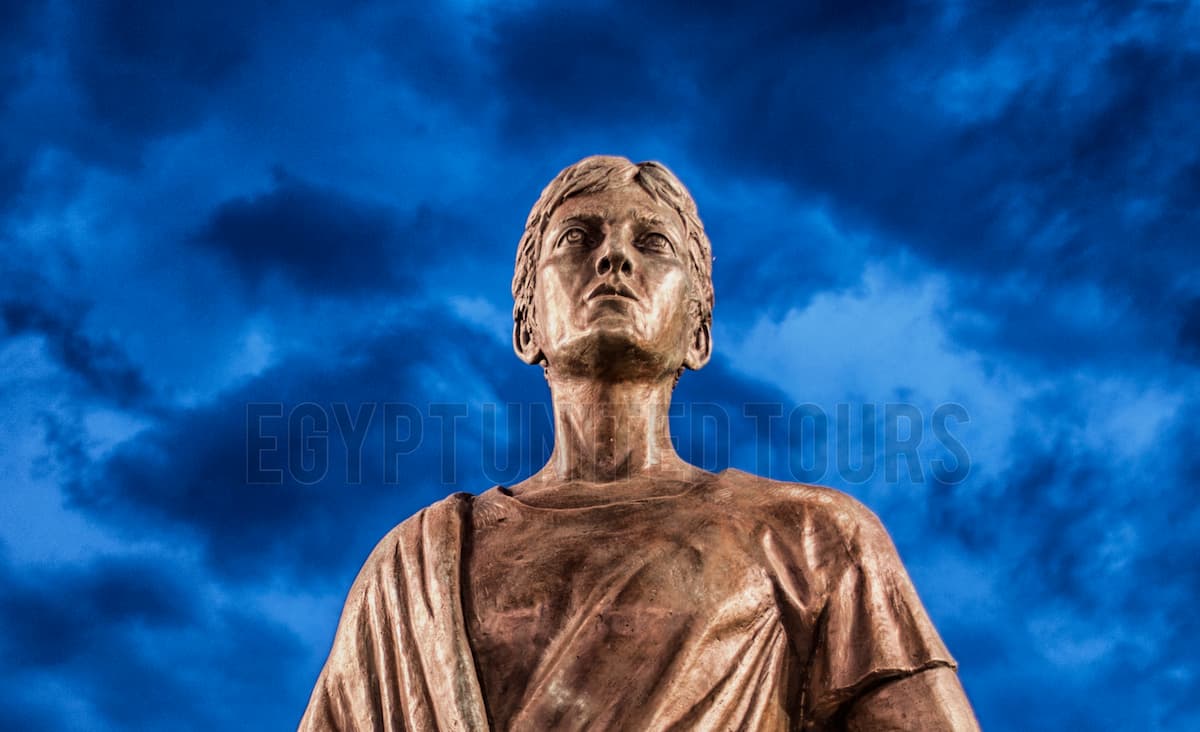 Alexander had been content to develop and adapt what he discovered in many domains when it came to the organization of his empire. His financial strategy is an outlier; while the specifics are unknown, it is apparent that he established a central organization with collectors who were possibly independent of the local satraps. Harpalus, his chief treasurer, had flaws in his character, which contributed to the failure.

Alexander’s founding of new cities—Plutarch mentions around 70—marked the beginning of a new era in Greek expansion. Many of the colonists departed these settlements, and marriages with native women resulted in some dilution of Greek customs; however, Greek (rather than Macedonian) impact remained dominant in most of them,  The spread of Hellenic thinking and practices across most of Asia, as far as Bactria and India, was one of the more remarkable results of Alexander’s conquests, especially because the process was carried on by Alexander’s Seleucid heirs. 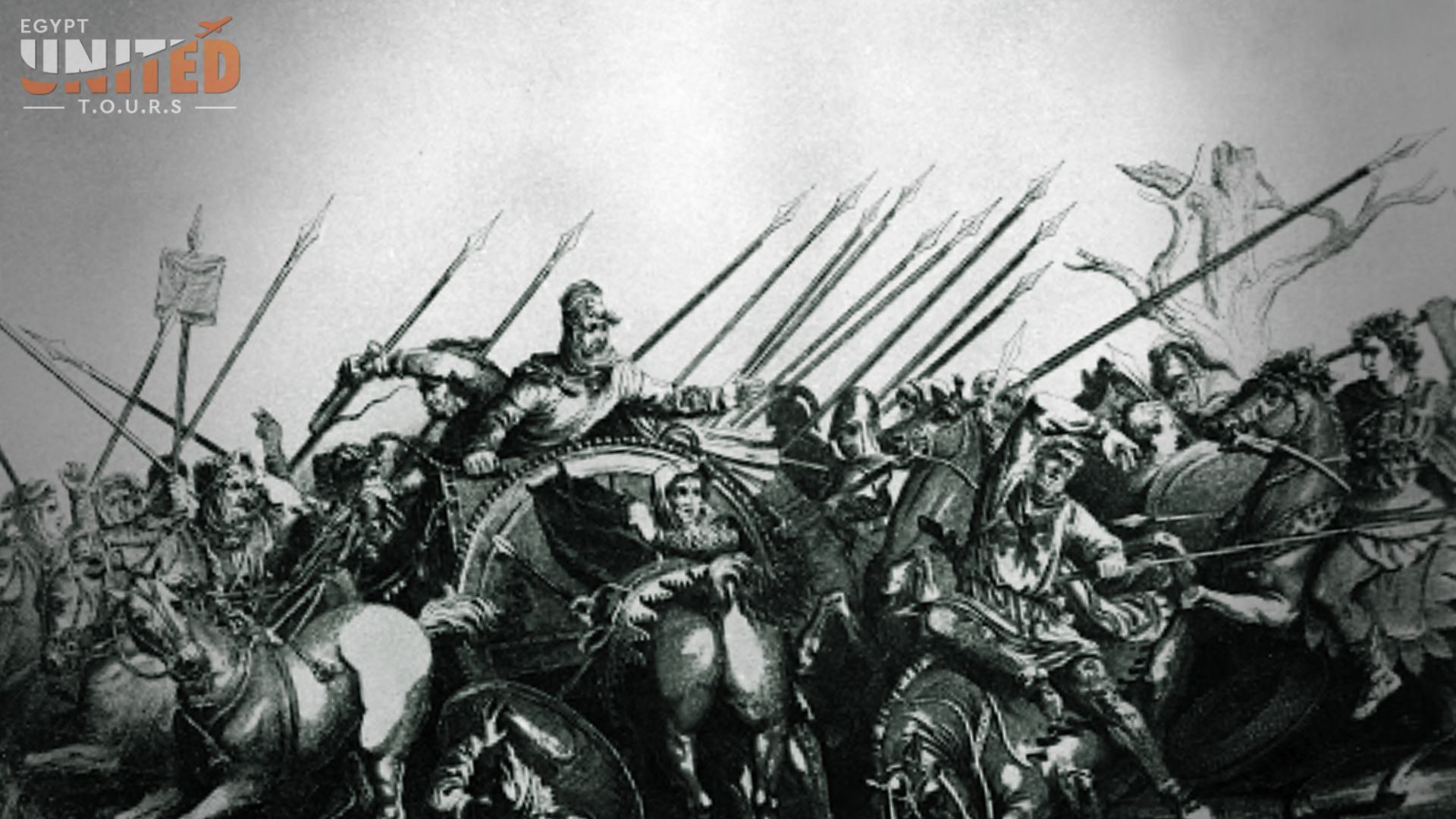 His racial fusion proposals, on the other hand, were a flop. The Iranian satraps were possibly ineffective, as 10 of them were deposed or executed—with what justification is no longer certain. But, more importantly, the Macedonians, both leaders and commoners, rejected the notion, and the Greek and Macedonian elements became obviously prominent in the later Seleucid empire.

Alexander is one of the best emperors the world has ever seen. He had extraordinary versatility in terms of arming himself and adapting his strategies to the challenges posed by foes wielding fresh kinds of warfare, such as the Shaka nomads, Indian hill tribes, or Porus with his elephants. His strategy was deft and inventive, and he knew how to take advantage of the opportunities that emerge in every conflict and can determine victory or defeat.

Alexander’s brief reign is a watershed period in European and Asian history. Many breakthroughs in geography and natural history were made as a result of his journey and his personal interest in scientific inquiry. His career ushered in a new era of Greek territorial monarchies by causing the great centers of civilization to move eastward.